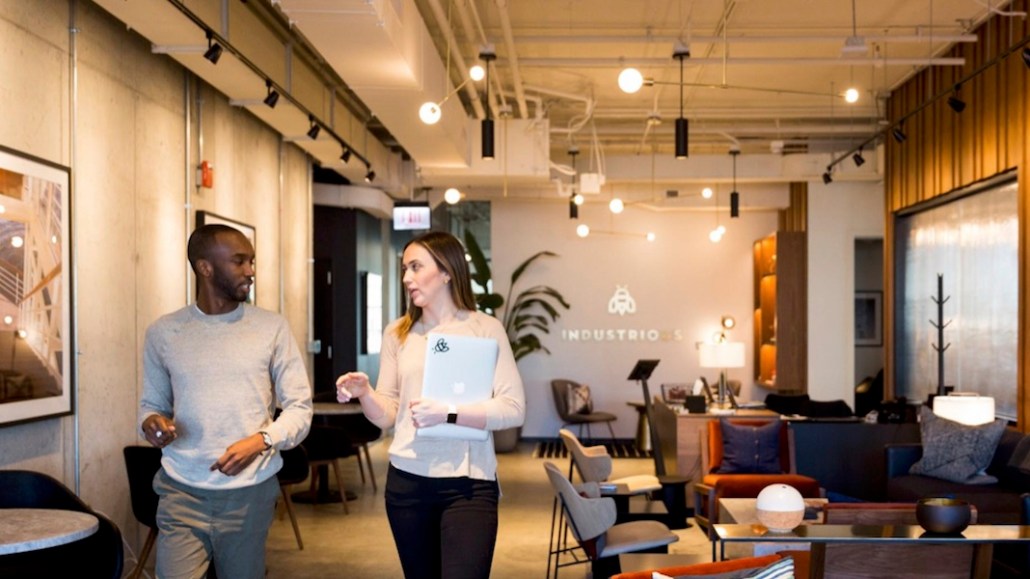 Mall operator Macerich is repurposing retail space across the country for companies who want a physical location for meetings, pop-up shops and back-office operations.

Macerich’s move — co-working startup Industrious will run the shared office spaces — is the latest response to the growing mall vacancy rate across the U.S. (reportedly 8.6 percent in the second quarter). As consumers increasingly shop online, malls offer co-working tenants a way to connect with retailers.

Art Coppola, Macerich’s CEO, said the company will put co-working spaces in an unspecified number of malls in its network of 48 shopping centers in the U.S., starting with 33,000 square feet inside Scottsdale, Ariz.-based Fashion Square in January.

Industrious CEO Jamie Hodari said the spaces could be used by startups wanting to test products or add a physical location to complement an e-commerce store; or by established companies wanting space for back-office operations. The challenge will be in developing one design that works for different types of companies and integrating the space within the mall while maintaining a sense of separateness, by, say, separate entrances, he said.

The mall as a co-working location for entrepreneurs is part of a trend towards membership-based flexible workspaces that “sit between a Starbucks and a WeWork,” said Ryan Broshar, managing director of Techstars Retail, which runs one of Target’s startup accelerator programs.

“In theory, [malls] seem to offer a great environment for an agency…especially those in areas where traffic and parking can be a challenge,” said Larry Gamache, head of communications at Jellyfish, which recently opened a second location in a Chelsea WeWork. “The key will be finding the right balance of restaurants, shopping, and amenities that today’s workers seek.”

Other mall operators have rolled out co-working spaces as retail incubation hubs, including Westfield’s Bespoke in San Francisco, and Pennsylvania Real Estate Trust’s 1776 retail incubator at the Cherry Hill Mall that’s slated to open in November.

Get more from Digiday around the modernization of retail and e-commerce by subscribing to our weekly retail briefing email.