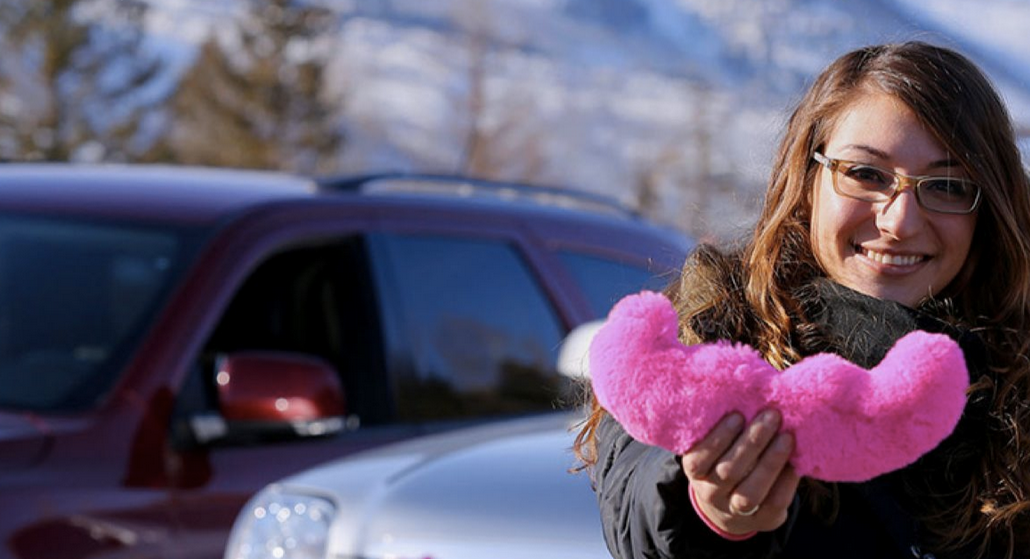 Let’s make one thing clear: Lyft and Uber are not the same — and it’s not just Lyft’s pink mustaches and de rigeur fist bump with the driver.

Sure, on the surface, the two fast-growing ride-sharing services look similar: They both provide a way to get from point A to point B in a car that you request. But Jesse McMillin, Lyft’s brand-new creative director whom the company poached from Virgin America, emphasizes that they are “diametrically opposed.”

“What got me really excited was Lyft shares a lot of attributes with Virgin,” McMillin told Digiday. “It’s a fun, irreverent brand willing to try to do new things that other players in the space aren’t very likely to do. When Virgin America launched, it was going up against big, entrenched challengers.  I feel like Lyft has the same opportunity: A very big, very well-positioned challenger in Uber, which has a great product but doesn’t have the same brand at all.

So far, however, the comparisons are inevitable, exacerbated by “coincidences” like Uber announcing a carpooling service literally hours before Lyft unveiled its own version, Lyft Line, this week.

Lyft is definitely a contender brand. Uber boasts an $18 billion valuation after a recent funding round of $1.2 billion; it has a presence in 150 cities in 42 countries. Lyft, by comparison, took $250 million in funding and operates in 67 cities. So what does McMillin have planned?

You are best known, perhaps, for re-energizing Virgin America, taking it from an unheard-of airline to one known for fun colors, stylish motifs, and cabins resembling hip clubs. What drew you to Lyft?
It’s probably a conversation we could spend a few hours over over a coffee, but to boil it down to a nutshell, I think Lyft is in a very interesting place as far as being a part of this new space of not only the shared economy but also rethinking value and ownership.

So it’s a challenger brand. What are its challenges?
I think one of the challenges Lyft faces is presenting itself as a mature and sophisticated brand. People don’t quite know what to make of Lyft. Do they love the pink mustache? Maybe they do, but maybe they don’t. There’s a lot of education to do with the Lyft brand and how it might transform to the next level.

Does that mean no more fist bumps, no more mustaches?
Maybe those things aren’t presented as mandatory, but maybe they’re part of the lore and culture of the brand. I have been thinking of In-n-Out’s “Animal Style” menu. It’s not publicized, but if you’re an In-n-Out lover, you know you want melted cheese and onions on your fries. Starbucks is doing that too, with its secret menu now.

Right, but Starbucks is an entrenched brand that can claim culture. Is Lyft there?
One of the good parts is that because the Lyft brand is new and young in people’s minds, the conversation is completely open and waiting to be defined. In general, I think global consciousness is moving faster. People’s attention spans are shorter.  Brands you’ve never heard of a year or two ago are all the rage. Speed and awareness are moving faster. There’s a lot of opportunity out there to take hold of the passionate community out there and continue to activate them.

Can Lyft be both cool and casual and, at the time same time, appeal to people who want a private driver?
It’s definitely a challenge. I don’t think they’re mutually exclusive. For example, with our New York launch, we had to offer a service more similar to Uber. The one thing I’m hearing is that it sounds like a lot of professional drivers really like driving for Lyft because it’s a little bit more friendly and social.

Is this a fight to the death with Uber?
We need each other. Monopolies are not effective. They don’t breed innovation; they don’t breed good prices. Brands need competitor brands to keep them honest. I look at the position Lyft is in, and I hope Uber stays there and keeps wanting to kill us. That will make us have to be more interesting and nimble and craft our image and product. Having someone else in the space also helps us to deflect some of the legitimate questions about regulation and change. It’s easier to do as two than to do as one.

New Yorkers don’t like to touch people. Will they ever get used to the fist bump?
Probably not. [laughs] But on the surface level, everyone says New Yorkers are gruff. But every time I’m in New York, people are talkative. New Yorkers like to talk to each other. New Yorkers are not afraid to turn their heads and get right up in people’s business. With the right messaging and product offering, I think New Yorkers will love Lyft.