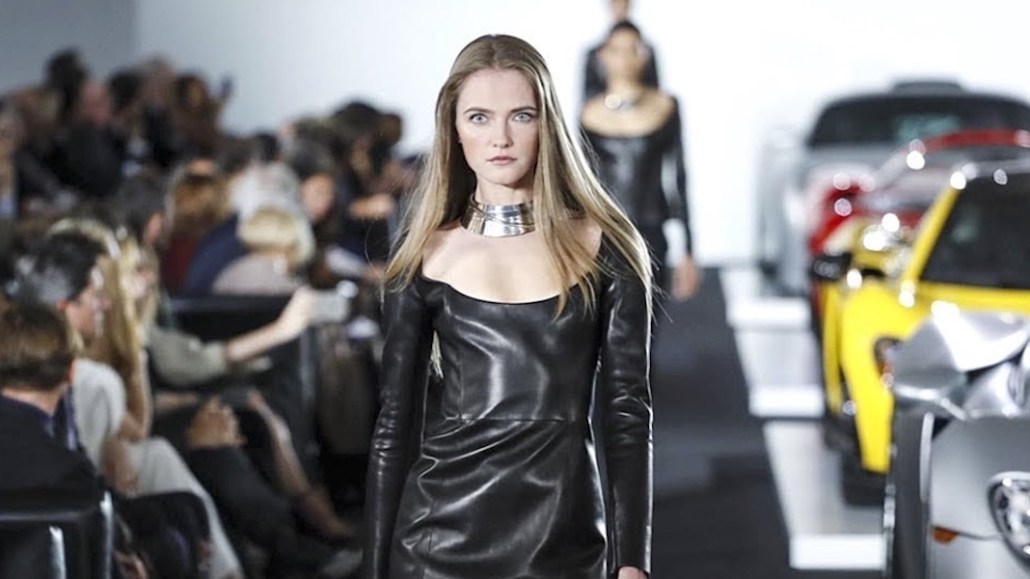 Finally, the American luxury brand was getting serious about enacting change.

“We are moving urgently to expand our digital presence all over the world,” said Louvet in the announcement. “We have to meet consumers where they are, which is increasingly online, and digital expansion is one critical way we will drive new growth for our business and brand.”

If Ralph Lauren were a different company, this title and the timing of a first hire would be incredibly retrograde. But in luxury fashion, the chief digital officer still has a purpose. It’s the person who can be brought in to buckle down and mature the brand’s digital efforts, and help right ship. At the same time, they signal both internally and externally that real time, energy and money is being invested in digital advancements, and progress is on the horizon.

“This would feel like an irrelevant role but for one caveat: It’s luxury. It’s desperately behind. Having a change agent who can come in with gravitas for a brand that needs it is a positive,” said Chris Paradysz, the founder of digital agency PMX. “If you have access to the CEO, it can be a successful role for a duration of time.”

Delahunt will be reporting to Louvet, whose enthusiasm for the new role is meant to inspire confidence. For Delahunt, there’s a lot of work to be done. During the company’s most recent call with investors, Louvet laid out the work Ralph Lauren was doing to get up to speed in digital across all fronts: increase digital wholesale and direct retail sales, increase digital marketing spend, drive e-commerce platform management, and improve its presence on social platforms like Facebook, WeChat, Youku and Instagram.

But even in a digitally stunted industry like luxury, the role of the chief digital officer has a seemingly unavoidable expiration date.

The Frankenstein role
In a November study, technology research firm Gartner predicted that across all industries, hiring for the CDO position will peak in 2019 and, by 2025, phase out entirely. The study estimated that 15 percent of large enterprises have a CDO.

“Companies struggle with digital transformation because the scope of change is massive and often very disruptive,” said study lead and Gartner analyst Mark Raskino. “However, CEOs are under pressure from boards and external stakeholders to drive the digital future.”

“What’s counterintuitive about a chief digital officer is that digital sits inside of every department. It needs to, and over time, every company should strive for that,” said Ananda Chakravarty, senior analyst at research firm Forrester. “It’s typically a Frankenstein role. These companies have many legacy solutions they need to modernize and bring up to speed. Then they also want to bring together innovation, agility and new projects, and this is all lumped under one key individual to coordinate.”

At Ralph Lauren, Delahunt was described in broad terms as being responsible for elevating the company’s digital platforms globally and enhancing the digital experience for customers to drive loyalty and revenue. With her appointment, the company announced a few more digital hires: It appointed three new svps of e-commerce for Ralph Lauren North America, Club Monaco and Ralph Lauren International. While Delahunt reports to the CEO, the company wouldn’t confirm who reports to her.

“At the moment, her function is new and she’s leveraging several different teams,” said D’Loren. “We need one person who can oversee this technology, manage the results and make sure that every department is talking to each other. We don’t do things for symbolic reasons in our company. You either affect change or you don’t, and this is a very real initiative for me. Change management is the hardest thing for a business to do.”

The disappearing digital officer
At luxury skin-care brand Shiseido, which is the oldest Japanese beauty brand, CDO Alessio Rossi was brought on in January 2016 with a clear mission: Bring the company’s digital capabilities to the next level. Then, move on.

“The whole point [of the CDO] is to find opportunities for the industry to evolve, without taking a departure from the brand’s original codes and values,” said Rossi. “CDOs are temporary. We may not exist in a few years and we never existed in ‘digitally native’ companies. We are here to inject a new way of working, one that is about ongoing experimentation, trial and error, fail forward, push forward. It is a knowledge transfer, essentially. Once that’s done, our task is over. We can be successful in this job if we are out as fast as possible.”

Rossi, whose position at Shiseido is permanent, said his mission was to bring all of Shiseido’s global teams to 100 percent digital proficiency. That resulted in an internal Digital Academy that exists in six regions, and basically acts as a course study in digital marketing, e-commerce, CRM, manufacturing and supply chain.

Ralph Lauren and Xcel Brands have said that the CDO position is not seen as temporary within their organizations. D’Loren said the chief digital officer at the company will eventually have a team that could include a data scientist, a dedicated merchant and a coder.

“I see it as a role that will not only not disappear, but have increasing importance,” he said. “Any company that isn’t thinking this way isn’t thinking forward.”

Regardless, the position will no doubt be forced to evolve: Chakravarty predicts that most will be combined into a chief information officer role or transitioned to a chief data officer title. The problem with the tenacity of a CDO is that it’s meant to impact internal change, whereas the brand’s efforts and resources will eventually have to face outward, to the customer.

“Quick winds of progress bring excitement to the brand when it’s using a digital-first approach, but for me, real lasting progress starts with understanding your customer profoundly,” said Paradysz. “Not the brand, but the customer.”