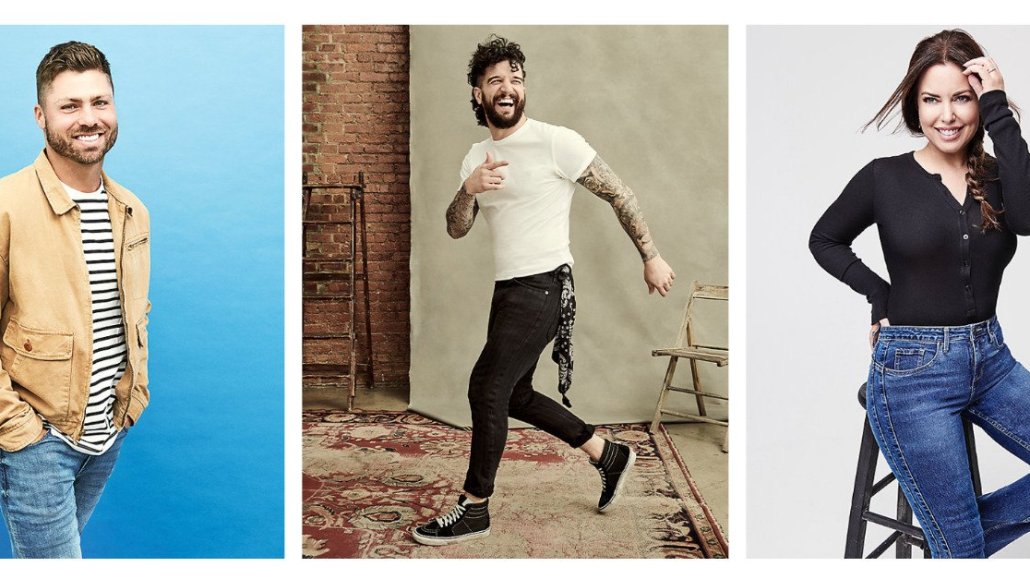 Lee Jeans, the 130-year-old apparel brand, is doubling its digital budget this year, increasing its digital ad spend to account for 80% of its budget in 2019 versus roughly 40% in 2018.

This shift comes as the brand is taking a new approach with influencers, using them more holistically as brand ambassadors featured in content not only online but also in print ad online.

“[This is a] new journey for us with influencers that is much more comprehensive rather than focusing on social media platforms,” said Heather Caldwell, senior brand manager for Lee Jeans and Kontoor Brands.

That digital budget will go to paid social, digital buys with channels and platforms like Hearst, Meredith and Amazon. In 2018, Lee Jeans spent $11.2 million in media, down from $20.4 million in 2017, according to Kantar, which also reported that during the first quarter of 2019, the Lee Jeans spent $153,000 in media. Starcom handles media for the brand, which is currently without a creative agency and is “in the middle of some transitions,” according to Caldwell.

Lee Jeans started working with influencers in 2017 and, last year, it started to do strategic partnerships with specific influencers for specific products. For example, the brand worked with influencer Dylana Suarez to promote its Vintage Modern collection.

“We have great success in the last year-and-a-half with influencers,” said Caldwell. “Influencers are so important to the marketing mix nowadays, that we thought maybe there’s a way to hone in on that and make it bigger and better.”

The result of honing the brand’s approach to influencers is a more integrated and comprehensive approach to the collaboration. “In the past, we’ve focused on the traditional way of working with influencers on more of the social media platforms,” said Caldwell. “This is taking it beyond social to print, PR, activations and events.”

The remaining 20% of the budget will go to print and other more traditional marketing costs, like in-store signage. “We have always found print to be a great asset for Lee,” said Caldwell, of why the brand has kept print in the marketing mix. “Our shoppers, especially our female consumers, still love print magazines and still read them. Print has always been a great, positive return for us from a marketing strategy.”

Allen Adamson, brand consultant and cofounder of Metaforce, doesn’t believe an influencer program will be enough to boost the Lee Jeans brand. “They’re well beyond a big ad campaign to make Lee a relevant brand again,” said Adamson. “They’ve struggled for years living in Levi’s shadow but even Levi’s is struggling. The jean market is really fragmented.”

“Lee has always searched for a point-of-view that says here’s who we are and how we’re different,” said Adamson. “Influencers will help slow their decline but it’s unlikely they’ll win the influencer battle. Every fashion brand is into influencers. Dabbling a little bit won’t help them win. Ultimately, it’s the right direction but will they have enough horsepower? It’s too little too late.”

Previously, this article stated that Ally Love was a fitness instructor when she is the founder and CEO of Love Squad. We regret the error.