‘We know what not to do’: Oak embarks on new, American Apparel-free era 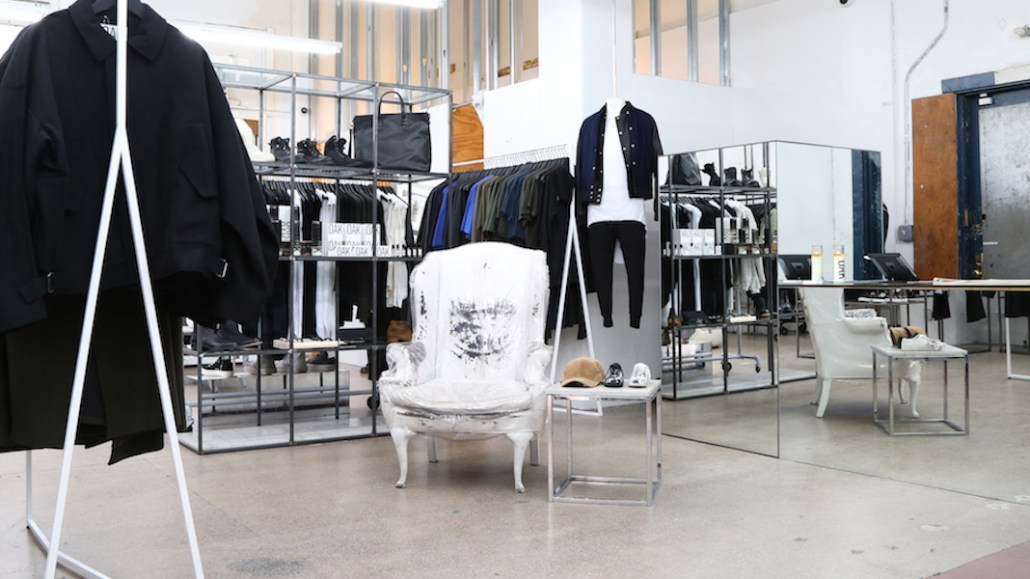 In early 2016, following the first of American Apparel’s two bankruptcies, Louis Terline and Jeff Madalena bought back Oak — the indie boutique they launched in 2003 — from the now defunct chain, which had acquired it two and a half years before.

Since then, Madalena and Terline have been rebuilding their business, with a strong focus on downsizing stores and changing up inventory. By 2018, they want to be selling their private-label collection, Oak, almost exclusively.

“We now have an MBA in bankruptcy,” joked Madalena.

From the time American Apparel bought their company in the summer of 2013, Terline and Madalena have been on a roller coaster of a ride: When acquired, they owned two New York stores and OakNYC.com, an early player in fashion e-commerce, and were doing about $5 million in annual sales. Soon after the papers were signed, they opened stores in Tokyo and Paris, and started eying locations and Seoul and London.

But the partnership came to a halt, and after seasons of relying on American Apparel for “manufacturing and logistics,” Terline and Madalena were left scrambling to get Oak back on track.

“We were simultaneously trying to get back to to where we used to be and figuring out who we were,” said Terline.  “We had to revamp our logistics and catch up with everybody, e-commerce-wise. And the industry was transitioning at the same time.”

A look from the Oak spring 2018 collection (image via Vogue.com)

Looking back, “it was about going to the next level,” Magalena said of selling to American Apparel — pointing out that, at the time, the retailer had a global reach and was one of the largest clothing manufacturers in the U.S. He also noted the brands’ synergy. “We were both alternative [fashion] corporations, we were just taking a bit of a different approach. We were more elevated, less colorful.”

Oak’s signature dark, androgynous aesthetic, long defined by its racks of pieces by avant-garde designers like Rick Owens, Comme des Garçons and Hood By Air — the latter of which launched at Oak, according to Madalena (“Louis and I were notorious for picking up downtown talent.”) — has remained consistent from Day 1. Even under American Apparel’s umbrella, Terline and Madalena maintained creative control of the brand.

“Technology allows everyone to be a ‘retailer,’” explained Terline, of the current shift from third-party retailer. “That puts a lot of pressure on a small business: I can buy other [styles] from other people, but so can everybody else. We’re all competing for business, and it’s forcing changes.”

The Oak private label launched several seasons ago as a money-saving tool: Making T-shirts is cheaper than buying them from another brand, Terline said. But it grew to include more everyday styles — sweaters, sweatshirts, joggers — that proved popular among customers. Special versions of basics, which paired well with Oak’s designer separates, were previously missing from the market.

“We’ve always tried to find this balance,” Terline said, of the collection. “You want it to have the wearability of a T-shirt, but everything can’t be [made of] jersey. And customers want a status item, but not ‘that’ item, where people know they’re wearing it every day.”

Madalena has the design background, having studied at Parsons and manned his own label, but Terline’s styling experience has also been key to defining Oak’s aesthetic: “We build the styling into the garment,” Terline said. “We like to see how people are wearing [a style], and then we replicate it or tailor it, so that anyone can put our version on and look like they’re in the know. That’s where we get our proportions from.”

The duo’s fondness for off-kilter details and silhouettes is evident in one lap of Oak’s Greenpoint, Brooklyn location (Oak now has stores in NY, New Jersey and LA), which is already exclusively stocked with Oak pieces, save some shoes and fragrances, a selection of vintage pieces and a few pairs of denim. The side seams of an oversized sweatshirt angle to the front, enabling a slimmer fit; the lower rib of a sweater dangles, giving off a ripped look; a denim jacket is nearly dress-length.

“Our trend-forecasting mood board is everyone walking by in front of this store,” Terline said, pointing to the door. “I literally just stand there for an hour a day.”

Those same passers-by have long set the feel for Oak’s stores (“With every new store, we think, ‘How would a New Yorker move into this space?’” he said), which are also mid-transformation: “Our stores are like showrooms now,” Terline said. “They support our website. Our customer tries something on, they get their size, then they go home and order it. That’s how people shop now, and we’re catching up to that.”

Terline and Madalena have vowed to not open any new stores as large as their Bond Street flagship (over 3,000 square feet) or their LA store (4,000), as a lot of space is now unnecessary. Though “expansions” are in the works, they’ll be small-footprint stores — and just one or two stores will be opening in the next year.

“That’s part of that lesson we learned about what bankrupts a company,” said Terline.

Aside from stores, they plan to add new categories to their mix, including home decor, in the near future (“We have a lot to say in the home space,” Terline said); shoes, beauty (“though it would require a good partnership”) and kids’, seeing as Oak customers have grown up and many are now dressing families.

“When we were part of a large corporation, and under duress, we weren’t able to take advantage of a lot of opportunities, and it was crushing,” Terline said. “We’re back to a place where we can do more, and now we’re ready for it.”