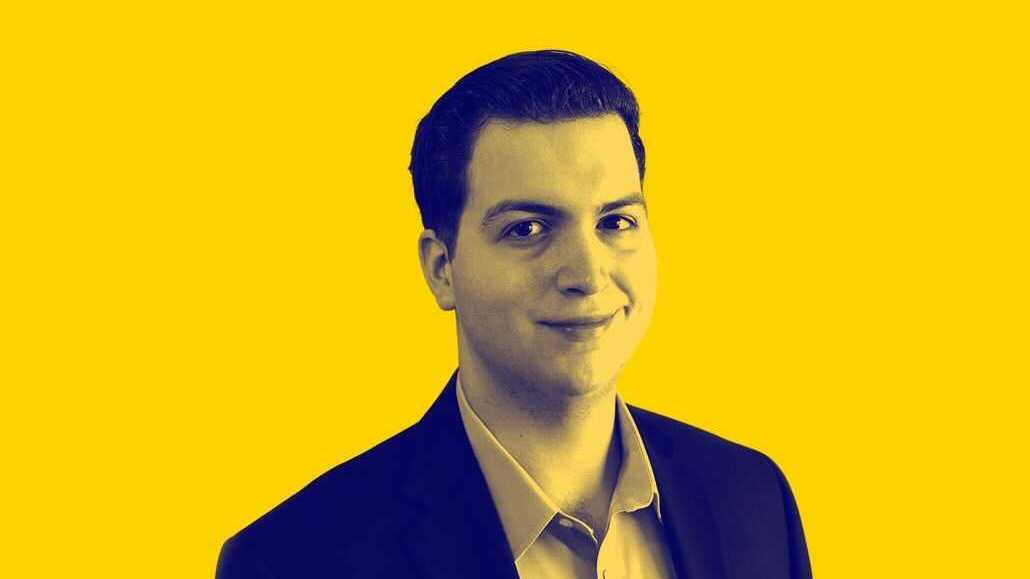 Jacob Wolf was 19 years old when ESPN hired him to write for its fledgling esports department. Five years and hundreds of scoops later, Wolf has become one of the most prominent voices in esports media. Unlike some of his contemporaries, his reputation is built on his level-headed reporting and pragmatic view of the industry — not so much an influencer-journalist as a journalist with influence.

A LOOK AT JACOB WOLF’S CAREER

During his time at ESPN, Wolf’s portfolio grew to include industry-shaking business stories, such as sports magnates Robert Kraft and Fred Wilpon’s decision to invest in the Overwatch League, alongside far-reaching reports, such as coverage of the aftermath of a deadly shooting at a Madden NFL tournament in Jacksonville, Florida. After ESPN Esports went belly up in 2020, Wolf moved to Dot Esports, where he is currently the chief reporter and investigative lead.

Wolf’s reporting chops have put him in the room with the likes of Mark Cuban, Adam Silver and Shaquille O’Neil. At this rate, his name is synonymous with esports itself, and he continues to carve out networking opportunities and access to the esports world for other journalists (including this Digiday reporter).

In 2022, he hopes to expand his talents into big-budget audio, film and television work through his new production company, Overcome.

After eight years as a working journalist, Wolf is a walking encyclopedia — not only of esports, but of the entertainment and media industry in general. If you need to know who owns who, who works where or what helps a particular company succeed or fail, Wolf probably knows the answer. Mention a streaming service, and he’ll quickly opine on its best content and how it might change hands in the future; bring up an esports organization, and he’ll rattle off its notable executives and list the scandals it’s swept under the rug. Wolf’s knowledge of — and critical eye toward — the esports industry is readily apparent within moments of shaking his hand.

So it’s no surprise that Overcome’s first project is an eight-episode investigative podcast breaking down one of the juiciest business stories in esports (the details of which Digiday agreed not to report on to avoid complicating the reporting process). Produced in collaboration with esports company Nerd Street Gamers, the podcast is currently slated for a release in the second or third quarter of 2022. “I think he’s going to quickly carve his name out in that Sorkin–VICE kind of space, where it’s like, not only are they powerful stories, but they are daring,” said Nerd Street Gamers CEO John Fazio. “I think that’s what’s most exciting about Jacob’s attitude and approach to this. I don’t think we’ll ever get a vanilla Jacob — we’ll get something spicy, usually.”

Wolf will host the yet-to-be-named podcast and act as its lead investigator, working with NSG’s content team to produce, market and distribute the podcast. “We feel that it is a symbiotic relationship, and one that is just getting started,” said NSG vp of media Todd Berman.

According to Wolf, he christened his production company Overcome to signal the stories he hopes to tell: “I really want to focus on stories of adversity and people who’ve bounced back from them.”

But Ryan Lamb, a childhood friend of Wolf’s who plans to join Overcome as a project manager, believes that there is a personal aspect to the name. “Jacob and I grew up with similar adversity in our households,” Lamb said, “and I know that’s something that still really kind of drives him and made him who he is today.”

It’s hard to deny that Wolf beat long odds to become one of the most prominent esports journalists. His parents split when he was nine years old, and he describes his upbringing as “lower-middle-class” following the 2008 financial crisis. When he was a child, his mother had to bail his grandfather out of jail; at age 18, he survived a near-fatal car crash when another driver T-boned him in an Atlanta intersection. “Our fathers were not a large part of either of our upbringings,” said Lamb, who grew closer to Wolf in part because of the parallels between their childhoods. “We both had a really solid self-upbringing.”

The Overcome name is an apt descriptor of the stories that best capture Wolf’s attention — but his drive to tell these stories comes at least partially from the adversity he’s had to overcome in his own life.

A prodigy with a pen

Kevin Morris, the founder of Dot and an early mentor of Wolf’s, describes him as a “prodigy.”

Morris got to know Wolf when he was a precocious student, fresh from starting a record label in his hometown of Atlanta at age 15 and sneaking into nightclubs to see his artists perform. “He did so many of the things that make him a good journalist now back then,” Lamb said. “He was contacting promoters to get live events for our artists, collaborations for our upcoming releases, anything of that nature. Jacob does not take no for an answer, and that’s something I really admire about him.”

Though Wolf excelled in school, his true passions lay in gaming and esports. In 2012, Lamb introduced him to League of Legends, and he soon became hooked on the popular multiplayer online battle arena game. “One specific memory I have is Jacob and I just hard grinding through Bronze II and I [League of Legends in-game rankings] playing on Mac laptops,” Lamb said. “We probably used trackpads for the first nine or 10 months.”

By the time Wolf was 17, he knew he wanted to write about esports for a living. He started pitching endemic outlets in late 2014, scoring bylines at esports news sites such as Esports Heaven and Gfinity, and soon developed a reputation as the “most tenacious reporter” covering League of Legends.

In late 2015, he read ESPN writer Mina Kimes’ profile of League of Legends star Lee “Faker” Sang-hyeok and reached out to her by typing her name into Skype’s public user directory. Propelled by Kimes’ words of support, Wolf applied to an esports job posting at ESPN — and was rejected after an interview.

Undeterred, Wolf continued freelance writing before ultimately moving from Atlanta to Austin in November 2015 to pursue a full-time gig at Dot Esports. “The talent to be an investigative reporter, somebody who actually breaks news — it’s not an untrainable talent, but it’s hard to train,” said Morris, Dot Esports’ editor-in-chief at the time. “When I see that kind of thing in somebody, I am happy to ignore all the other areas where they need to learn and improve as a reporter and writer and just work with them on that.”

“I’m the best fucking reporter in this industry.”
Jacob Wolf in a job interview

Shortly before Wolf’s 19th birthday, ESPN Esports editor Darin Kwilinski sent him a job posting and encouraged him to apply. Wolf entered the interview process brimming with confidence, despite his past rejection. When ESPN editorial head Chad Millman asked him why Kwilinski wanted him for the ESPN Esports team, Wolf said he delivered a matter-of-fact answer: “Because I’m the best fucking reporter in this industry.” He got the job.

Over his next four years at ESPN, Wolf built a reputation as a reporter of breaking League of Legends news, becoming infamous for dropping scoop-laden “Wolf Bombs” outlining transfers and roster shifts during the off-season. “The brand-name recognition helped validate and give authority to his reporting,” Morris said.

In addition to these industry-focused reports, Wolf’s high-profile position at ESPN gave him the opportunity to explore new types of media and cover stories that reached far beyond the esports bubble — including the comeback tale of Timothy “oLARRY” Anselimo, a professional NBA 2k player whose right hand was mangled in the aforementioned shooting in Jacksonville. “Following his story is the moment that changed my career,” Wolf said.

The intensity of the shooting — and Wolf’s role as the only ESPN reporter on the scene for more than a day — required Wolf to report on traumatic and deeply politicized events when many of his peers were still learning how to do keg stands. “He called me after he had done a walkthrough of the crime scene,” Lamb said. “I don’t hear Jacob shaken up much, but I could tell he sounded just eerily disturbed.”

Despite these challenges, Wolf’s time in Jacksonville had a lasting effect on his career in more ways than one. Notably, he spun his interviews with oLARRY into a co-produced segment on “SportsCenter,” his first experience producing televised content. “This was how I discovered I really like this,” Wolf said. “That this was a part of me I didn’t know I liked.”

While finishing his stint at ESPN, Wolf pushed to publish more video and livestreamed content on the site, with some success. Ultimately, he left the organization feeling disappointed by ESPN’s esports strategy and discouraged by what he felt was an unwillingness to fully invest in the space. He took his enthusiasm for multimedia content back to Dot, where he stressed to the organization’s leadership that he was interested in pursuing long-form video and audio content. “I made very clear that either you can support this in-house, or you can give me the flexibility to do it out-of-house, or we don’t have a deal,” Wolf said. With Dot’s blessing, he founded Overcome to be a home for this multimedia content.

In 2014, when Wolf first started covering esports, he was a young man in an even younger industry. The beat has grown considerably since then, but there is still ample room for teenaged writers to be taken seriously in the esports journalism world. Pablo Suárez, one of Wolf’s investigative colleagues at Dot Esports, was only 18 years old in June 2021, when he was nominated for Journalist of the Year at this year’s Esports Awards. (Wolf took the same award home in 2018.) In large part, this kind of precocious career path is possible thanks to Wolf’s legacy as a skilled and influential journalist who got a young start. “I can’t imagine that he hasn’t influenced a whole generation of writers,” Fazio said.

Now at age 24 and on the cusp of another career shift, Wolf hopes to continue inspiring other esports writers as he moves into new forms of media. “What I want to do in my future is tell these stories that are bigger than esports and gaming, but are nuanced,” Wolf said. “Right now, I see this huge sort of inflection point for the entertainment industry — podcasting, film, television.“