Inside the tensions countering advertisers’ latest quest for programmatic transparency 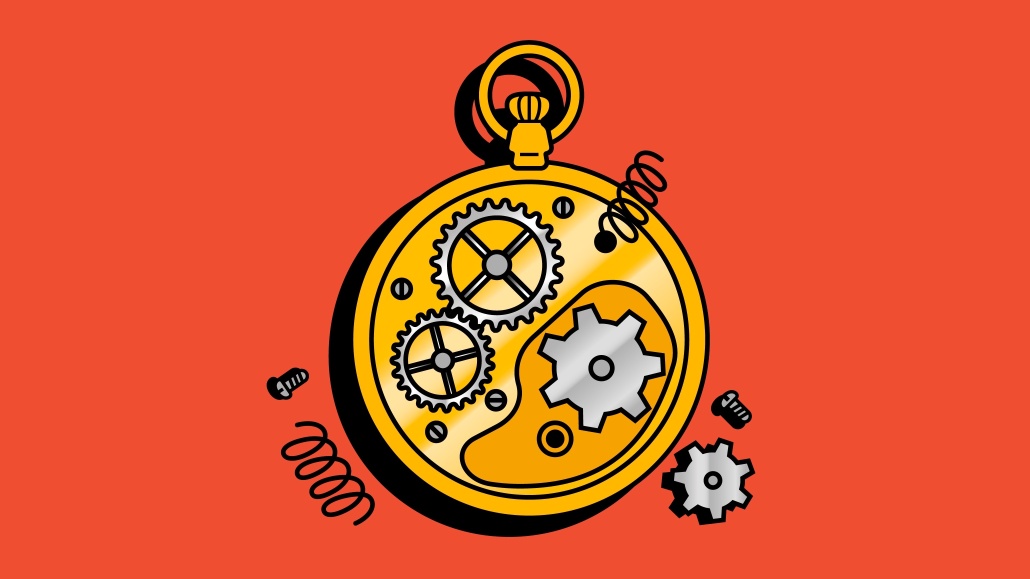 But this renewed, formal attempt to pull back the curtain on programmatic advertising — a practice that, at best, is notoriously convoluted and at worst, purposefully devious — has struggled since the Association of National Advertisers (ANA) confirmed the audit, to be performed by PriceWaterhouseCoopers (PwC), last February.

Not that it’s surprising. When a similar audit was attempted by ISBA — the ANA’s counterpart in the U.K. — two years ago, it was a logistical, political and technical quagmire and not nearly as comprehensive as this latest.

Which is part of the delay. Not only is the ANA trying to audit how much of an ad dollar actually gets to a publisher after ad tech intermediaries have taken their cut, it’s also trying to audit what it actually pays for once it does — i.e whether it’s a fraud-free, brand-safe, viewable impression.

These moving parts created a slew of issues, as Digiday reported. But those problems were just the start as leading advertisers are not just disagreeing with the audit’s concept, but with the investigation methods entirely.

There’s friction among the audit’s largest stakeholders, according to sources with direct knowledge of the developments who spoke with Digiday.

Flagship brands such as Diageo, Procter & Gamble (P&G) and Unilever are unimpressed by proposed efforts from the ANA and PwC to emulate the renown “unknown delta” study from ISBA, its U.K. counterpart.

These advertisers took such positions after consulting with expert ad tech partners, according to four sources with knowledge of the audit. Keep in mind that Diageo, Unilever, and P&G all work with The Trade Desk — the industry’s second-largest programmatic bidder after Google — which is not participating in the audit.

They took issue with the audit, sources said, over a perceived inability to get at the nub of how ad tech costs mount up, which is why it’s been given short shrift by advertisers, platforms, and ad tech vendors alike.

Moreover, they’re still bitter over ISBA’s lackluster programmatic audit which many critiqued as too small of a study on too few ad dollars to accurately speak for the remaining 90% of the market.

Spokespeople for P&G and Unilever did not respond for Digiday’s request for comment by press time but in an emailed statement, an ANA spokesman told Digiday that “it’s not unusual for some advertisers to decline to contribute” in such studies given the required commitment of time and resources.

Additionally, the statement claimed there are “approximately 30 advertisers participating in the programmatic transparency study” in its current guise, and that “non-participation of certain advertisers — large and small — will not compromise the integrity, credibility, and validity of the study’s conclusions.”

The statement did not name specific advertisers currently on course to participate in the ANA study.

The sensitive nature of an audit has left sources unwilling to be publicly named, but separate sources independently claimed leading brands have taken issue with ANA’s proposed methodology over ISBA’s.

For the 2020 study, ISBA and PwC U.K. convinced advertisers and publishers to corral their ad tech intermediaries, namely demand and supply-side platforms, to expose log-level data which was then analyzed to explore deltas in reported figures. The political wrangling to get that information took more than a year, sources told Digiday.

More headaches are created when you apply that methodology to the U.S., a market which is far more scaled, ergo much more complex. Which makes gathering data from individual publishers labor-intensive. Separate sources told Digiday that, unlike in the U.K., auditors here proposed using distributed ledger technology from the Trustworthy Accountability Group and Fidcuia, known as TAG TrustNet, to expose reporting disparities.

Although, one source with direct knowledge of Diageo’s thinking indicated that the beverage giant’s decision not to participate in the latest ANA study wasn’t driven by issues with the proposed methodologies. Instead, it was the lack of participation of Diageo’s “core programmatic partners” that scuppered its participation.

Additionally, binding contractual terms between scaled players inhibit them from directly handing over log-level data, a significant obstacle to executing the methodology proposed by U.S. auditors. One source that explored the mooted U.S. proposals described how legal terms agreed between the various tiers of the market blunted efforts to gain access to log-level data that made the U.K. study possible.

“If your plan is to not work with publishers, and just work with a couple of advertisers and ask their DSP and SSP to sync their logs impression-by-impression into a technology layer… and to not do so with publishers, then you’re going to run into challenges,” said the source.

There are too many cooks in the kitchen. These ad tech vendors (otherwise known as third parties) also work with separate outside entities, and these become fourth parties to a company. These fourth parties use other software, and these become fifth parties to a company, and so on. It’s a chain that can go over 20 layers deep. And at each stage of this chain, or “hop” as it is commonly referred to in this sector of the industry, there is language on data governance, namely over who owns it, and which parties can grant access to it.

Even more difficult to decipher — at each hop, there are fees — commonly referred to as a “take-rate.” Theoretically, those fees should be easy to identify and interrogate for any discrepancies given what ad tech vendors declare versus the amount they actually take.

The reality of high-frequency media buying, however, means doing so is anything but straightforward as the number of transactions, and players, to verify are myriad.

There’s just so much friction to smooth over. And that’s just the audit’s methodology. The politics muddle it that much more.

For starters, PwC is the financial auditor of The Trade Desk as well as the company overseeing the programmatic audit. There’s no conflict of interest here if the ad tech vendor stays out of the study. Granted, the reason given for The Trade Desk’s absence is less cynical than that. Even so, the problems prevented by its absence are clear.

There’s even friction seemingly between the auditors. The PwC team that performed the programmatic audit published in 2020 was sidelined when it came to the latest study, according to three separate sources with knowledge of those plans. That’s contrary to what was suggested at the outset of the investigation being launched.

Perseverance does pay off

Beyond the audit, the ANA is persevering with its efforts to help its membership better decipher the complexity of the programmatic media buying sector. In August 2022, the trade org published programmatic media buying guidelines advising CMOs to “breakdown expenses at a granular level” with a spokesperson from the trade org confident it will produce a study early next year.

One brand-side media executive who declined to be named said the results of ANA’s audit could affect real change, noting that Google finally shared its take-rates on both its buy- and sell-side ad tech tools after ISBA’s 2020 study was published.

In a series of blog posts published over the summer of that year, Google execs proclaimed that publishers claimed the bulk of revenue when using their programmatic tools.

“When marketers used Google Ads or Display & Video 360 to buy display ads on Google Ad Manager, publishers kept over 69 percent [sic] of the revenue generated,” wrote Sissie Hsiao, vp and GM apps, video and display advertising at Google. “Even when ads flow through both our buy-side and sell-side services.”

The brand-side source speculated, “That was their response to the ISBA report and advertisers directly asking for what they were taking.”