Inside the Agency: The Barbarian Group 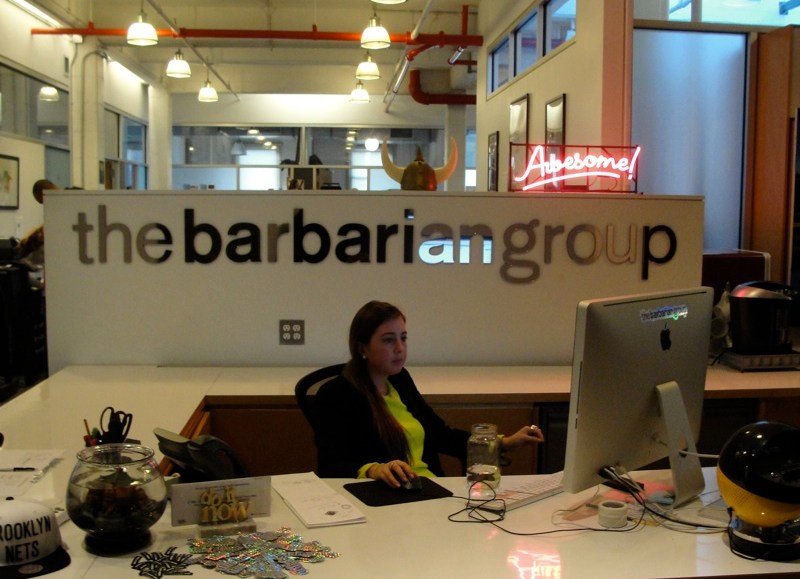 The Barbarian Group started out as a production company with one goal: to actually make things beyond PowerPoint slides. The company ethos was to go out and do, to “make cool stuff for the Internet.” Historically, its clients were typically other agencies, but over the past couple of years, it has evolved into a digital agency in its own right.

Though the company is now more driven by the needs of its clients than ever before, it’s doing its best to retain the culture, attitude and values on which it was founded. Digiday toured the agency’s Soho office with its president, Sophie Kelly, to find out how its workspace is designed to achieve that. 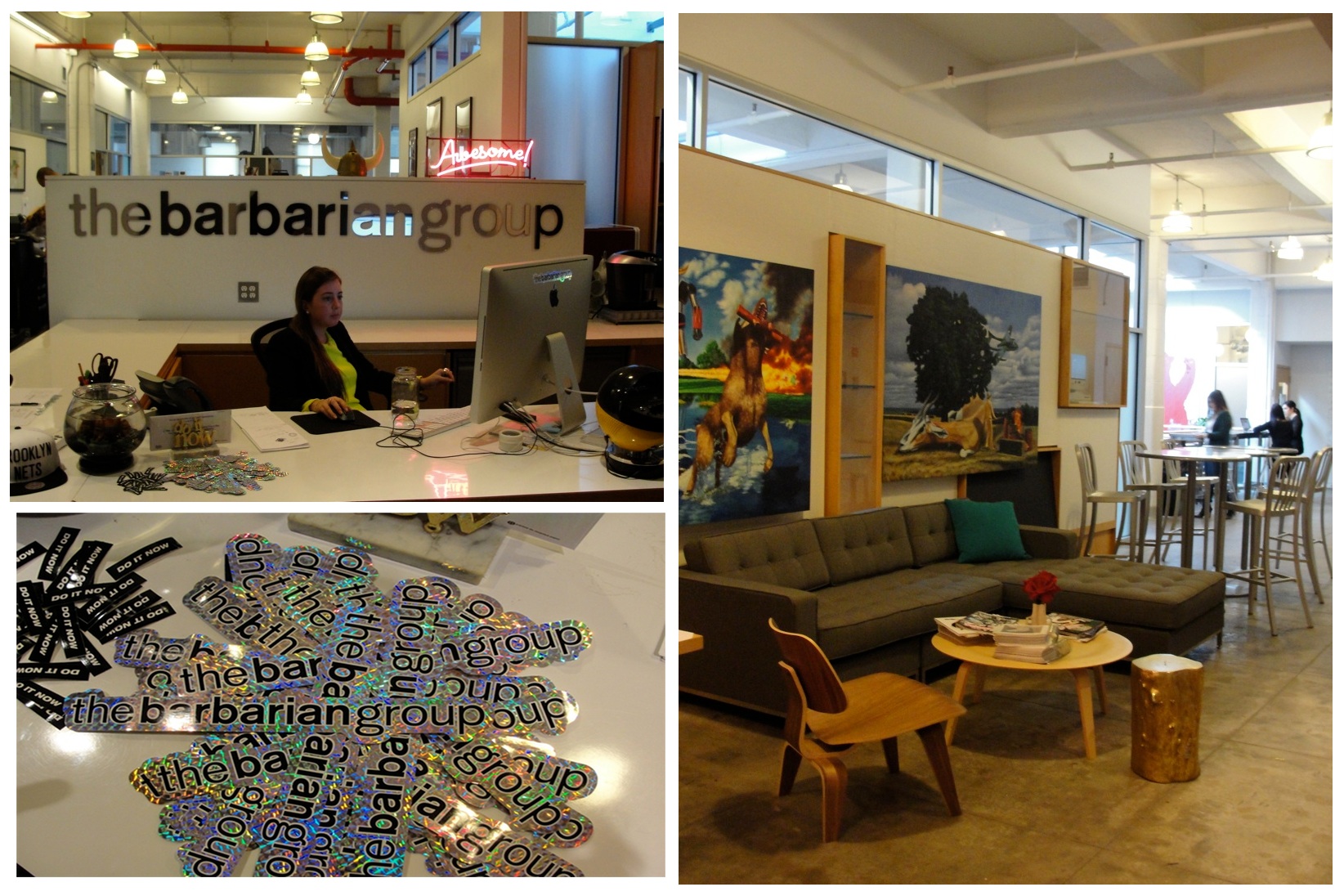 “A lot of the big agencies went through this big transformation to try to build a culture or working style, whereas the space here really was designed by the people that work here. It’s their space; it’s created by them and enabled by management, as opposed to the other way around. It’s completely driven by the people here, and sometimes that has its challenges, but it works.” 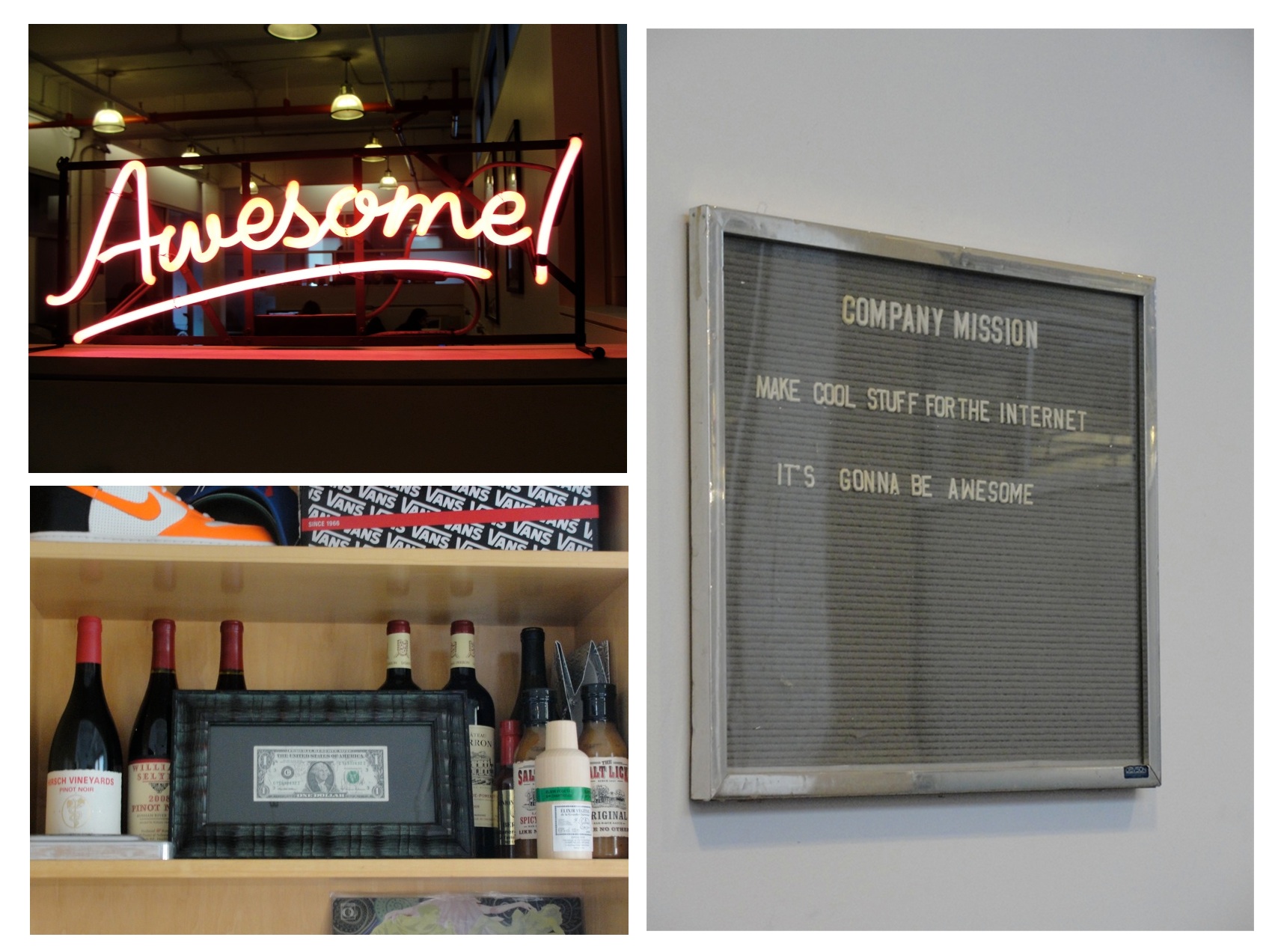 (Items that survived from the company’s early days, when it was run out of founder Benjamin Palmer’s apartment. Neon sign, the company’s mission statement, and the first dollar bill it ever made, which sits in co-founder Keith Butters’ office.)

“Some of the stuff around here is from the really early days, when the company was literally run out of Ben’s apartment in Boston. It can be challenging for agencies to keep their culture and identity because it is typically a services business, but I think it’s been easier for us because our founders are still here. We work hard to preserve that initial spirit and culture the company was founded with. Ben used to sign off his proposals with ‘It’s gonna be awesome,’ and then as a birthday gift someone literally trademarked the phrase as a gift to him.” 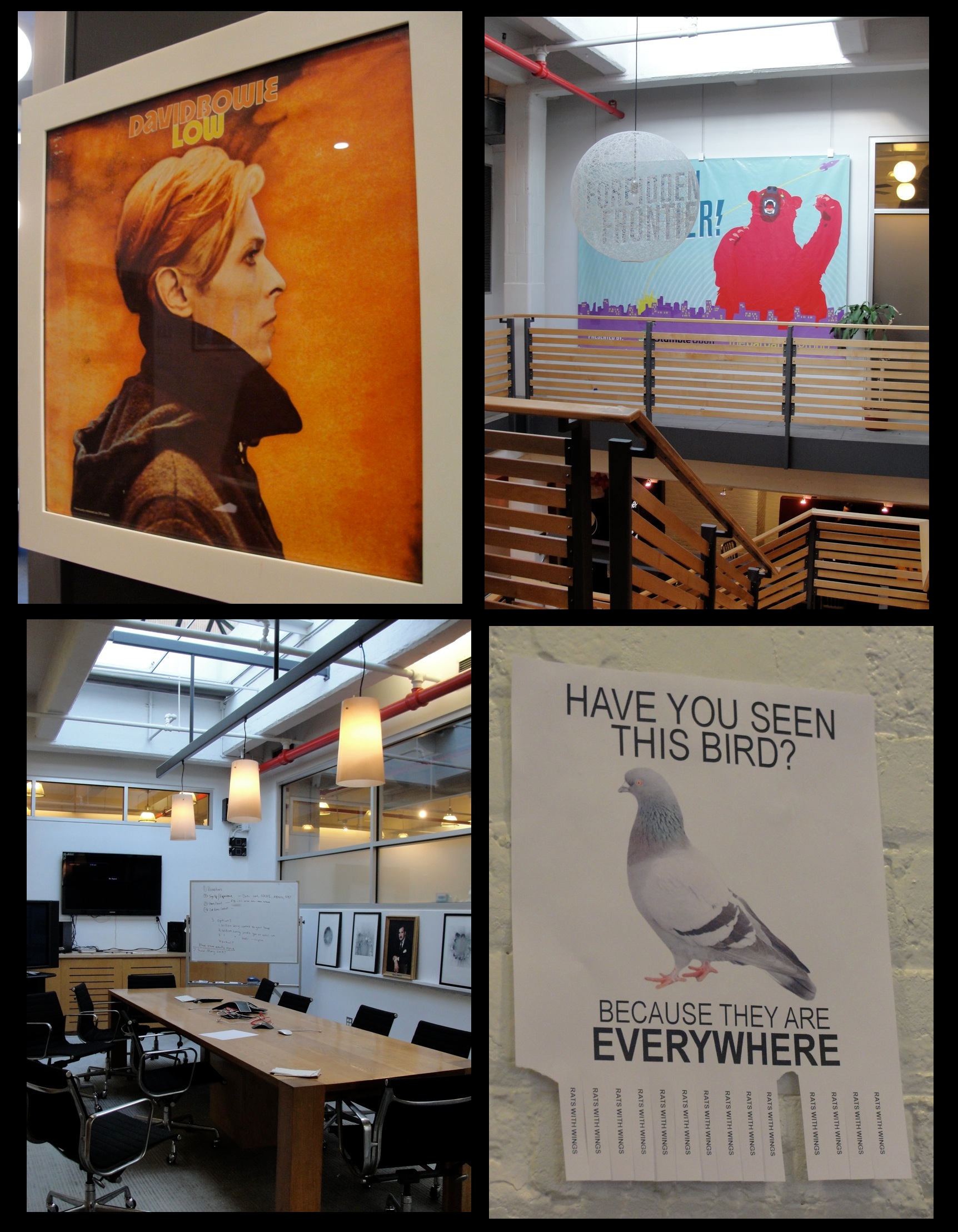 (David Bowie meeting room, and stairs. The company now employs over 100 people across two floors in its NYC office.)

“There’s always been a big music element that’s run through the company. Each of the conference rooms is named for David Bowie singles, for example. Lots of our staffers do or have played in bands.” 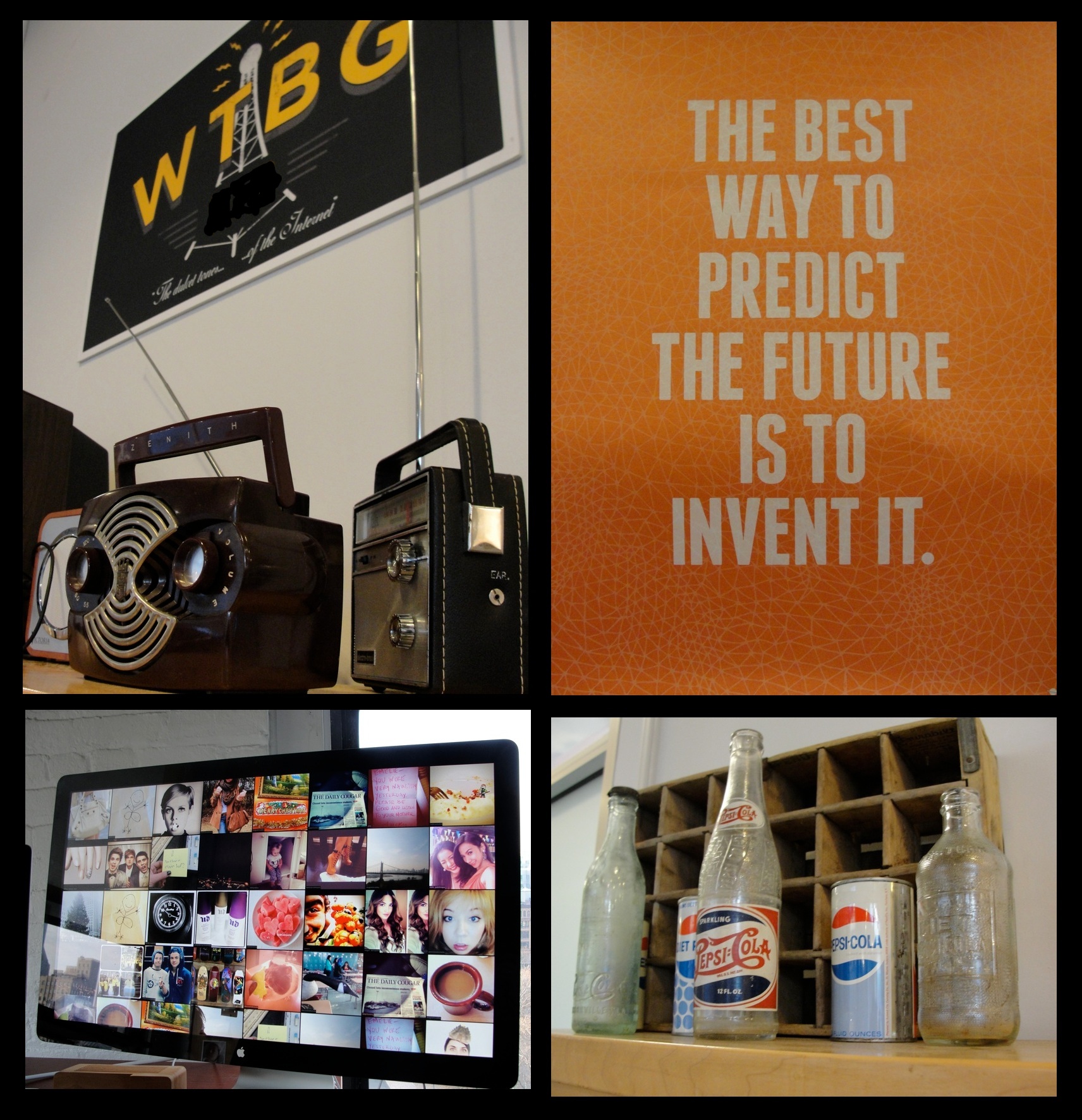 (Office decoration: The company has its own internal radio station, WTBG, through which staffers can broadcast their musical selections. Bottom-left is the Instagram-based screensaver it created, Screenstagram, and bottom right shows some of the merchandise gifted by its client PepsiCo.) 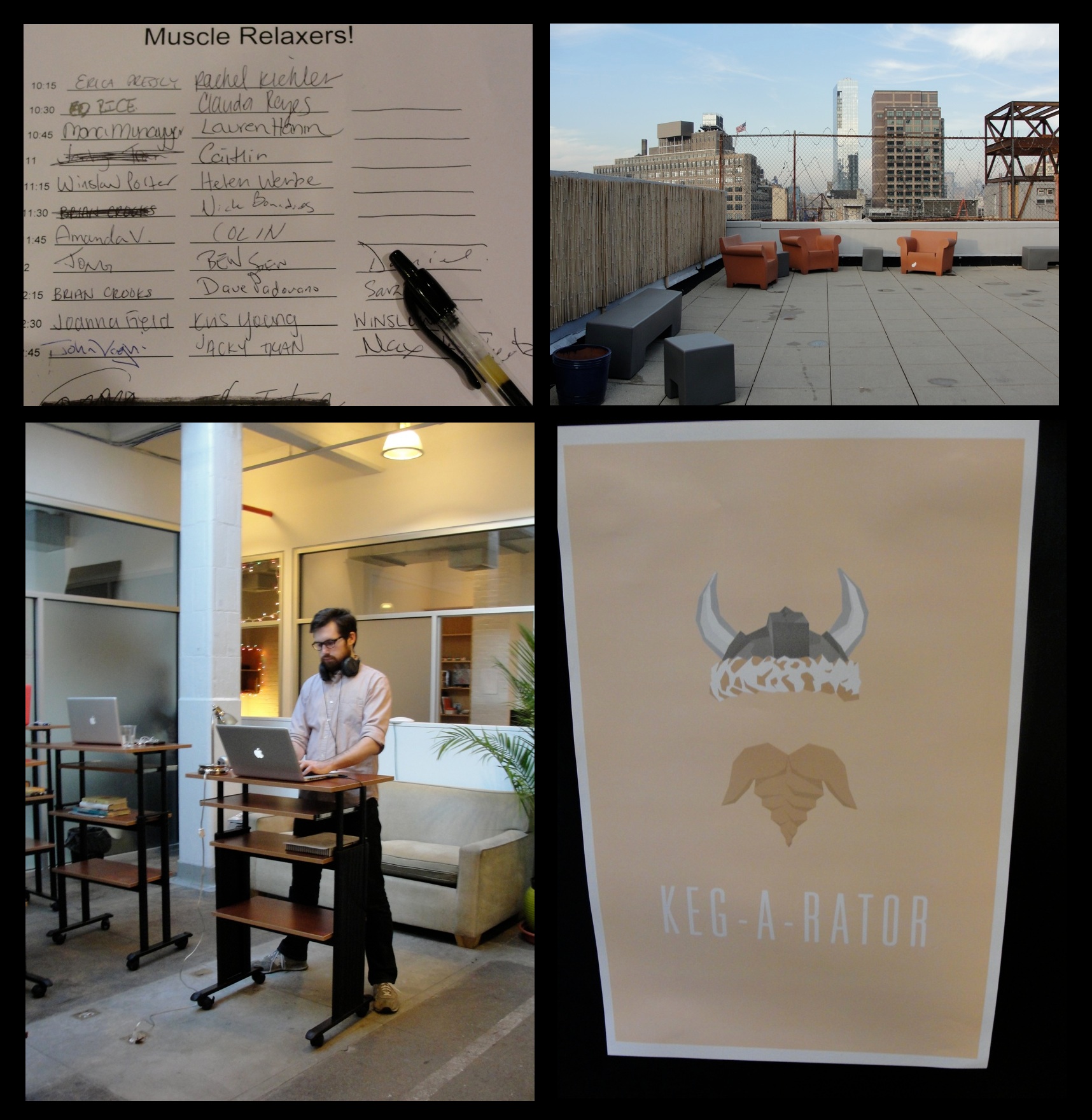 “We’re big on occupational health. We have personal training sessions up on the roof and tried yoga classes for a little while. We also have standing desks wherever possible. We have these communal areas with standing desks for people to come and use as and when they want, and we’re in the process of turning one of our meeting rooms into a standing boardroom of sorts.” 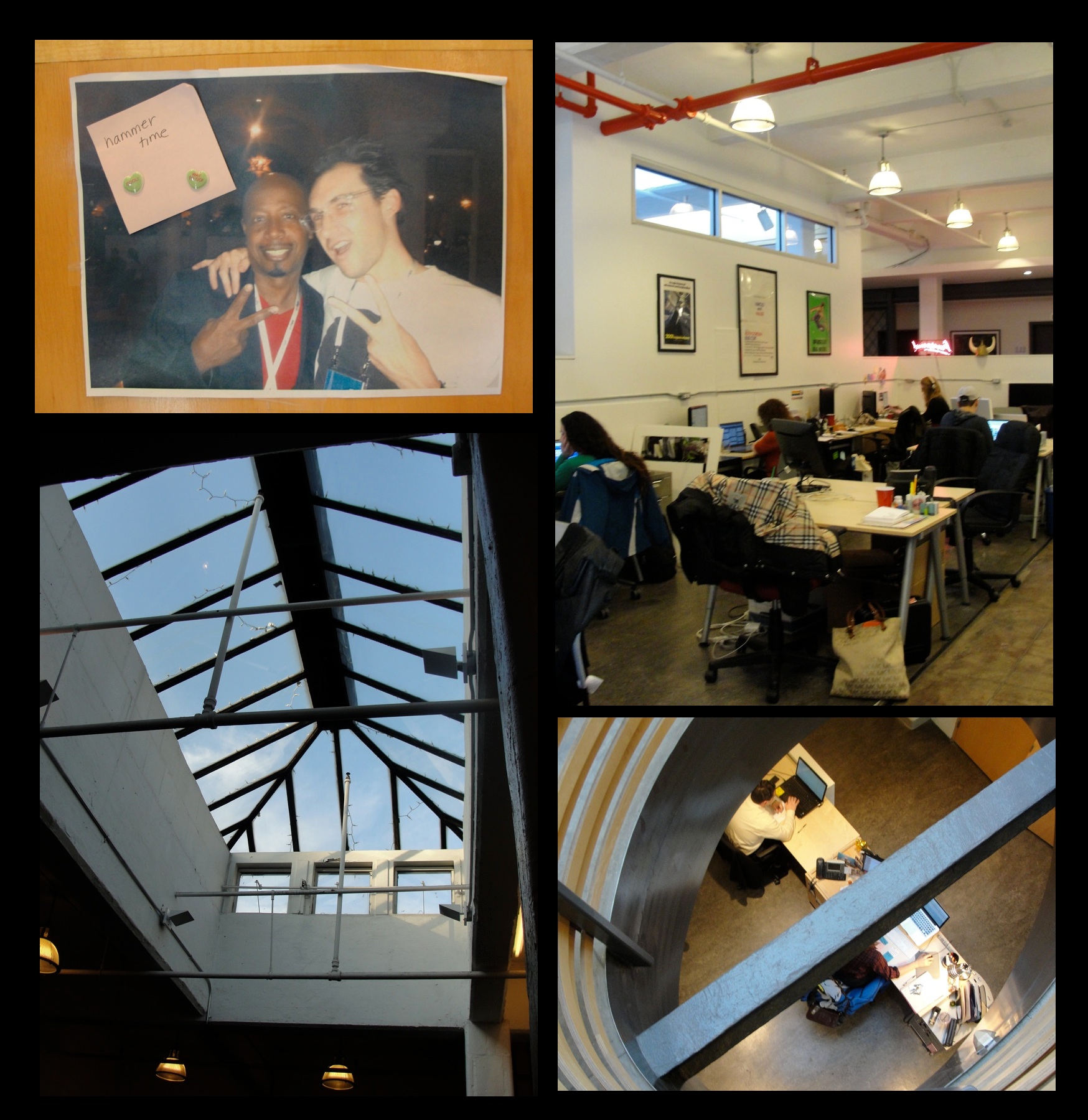 “Artwork is a big piece of the office culture here. You’ll see it everywhere; these are Ben’s paintings.” 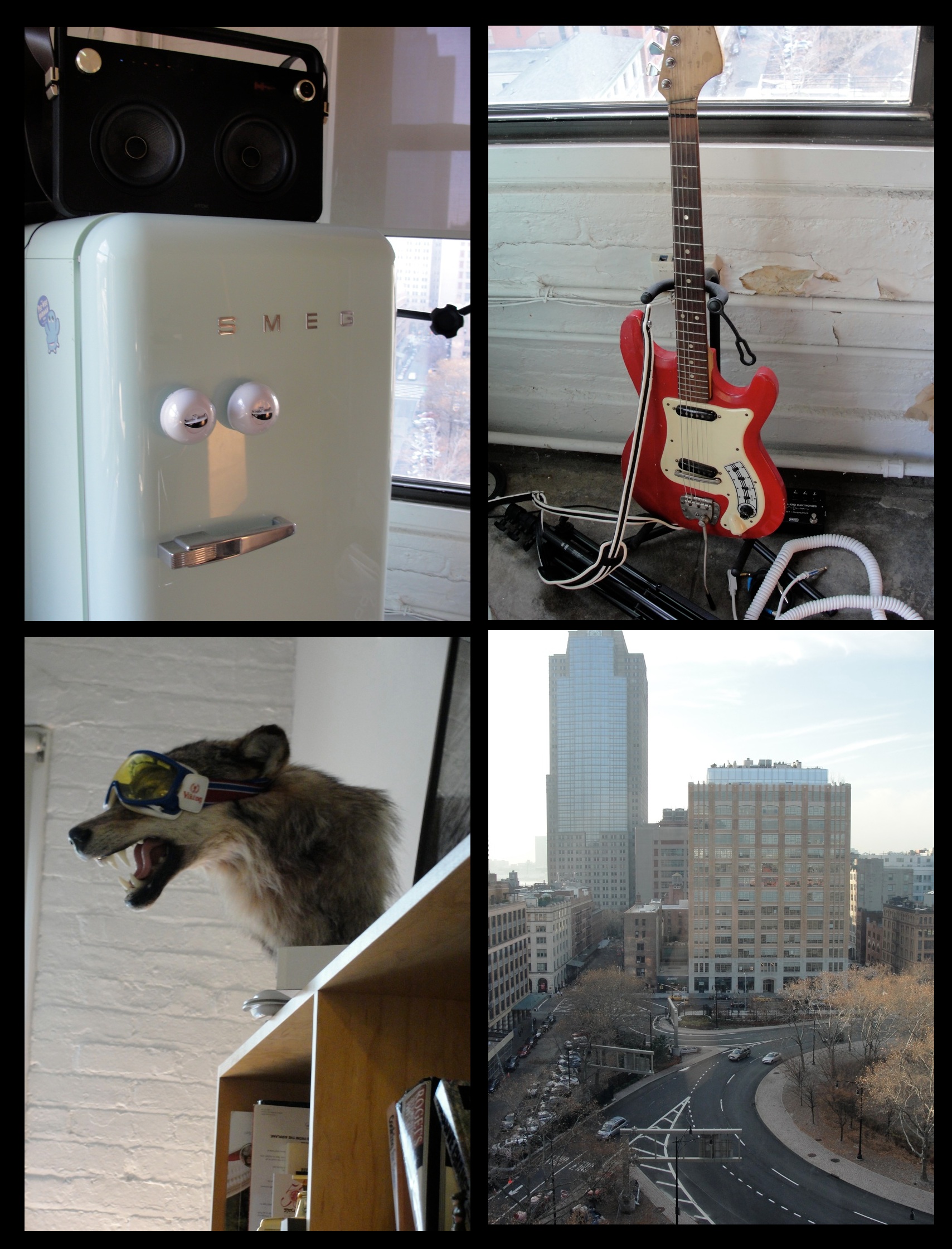