Inside the Agency: MRY 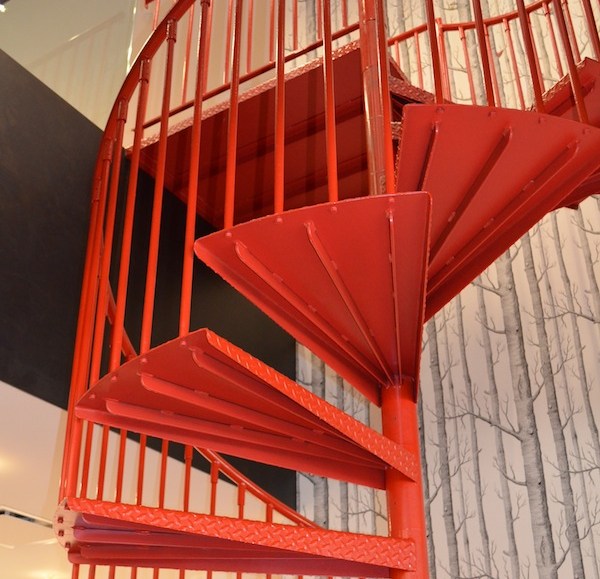 Inside the Agency is a series that looks at agency office spaces and how those spaces reflect the culture.

MRY (an agency formerly known as Mr. Youth) merged with LBi this past January. Since the merger, MRY took its roughly 150 employees to join LBi’s large space and its roughly 300 employees at 11 W. 19 Street. Over the past five months, the two agencies have come together to try to form a cohesive space and culture.

“You can try to make decisions that will impact culture in a positive way, but you won’t know until you try,” explained Matt Britton, founder and CEO of MRY.

According to Britton, the most difficult part of the merger has been trying to bring together two very different agency cultures: that of a smaller, scrappier agency with a big personality (MRY) and that of a larger, corporate agency (LBi). However, Britton says that overall the transition has been a smooth one, and from the beginning, they’ve made decisions to encourage the mixing and mingling of staffers from both sides. For example, the seating arrangements were carefully planned so that each MRY staffer would be surrounded by at least two LBi people. 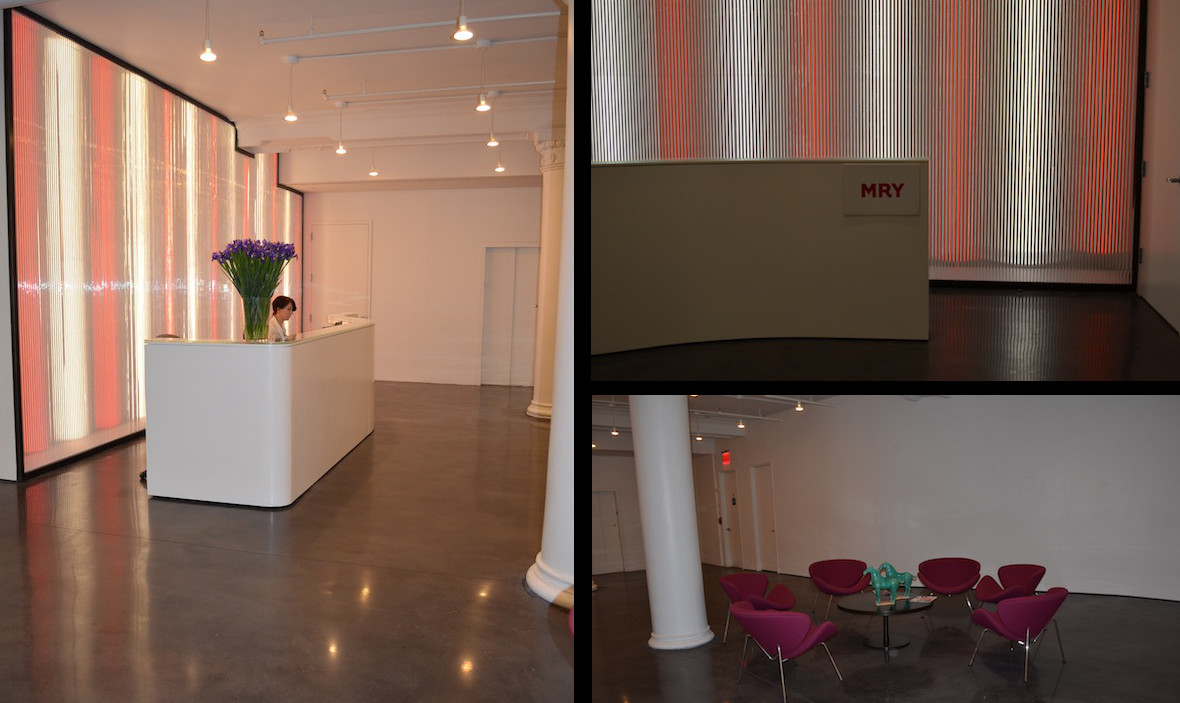 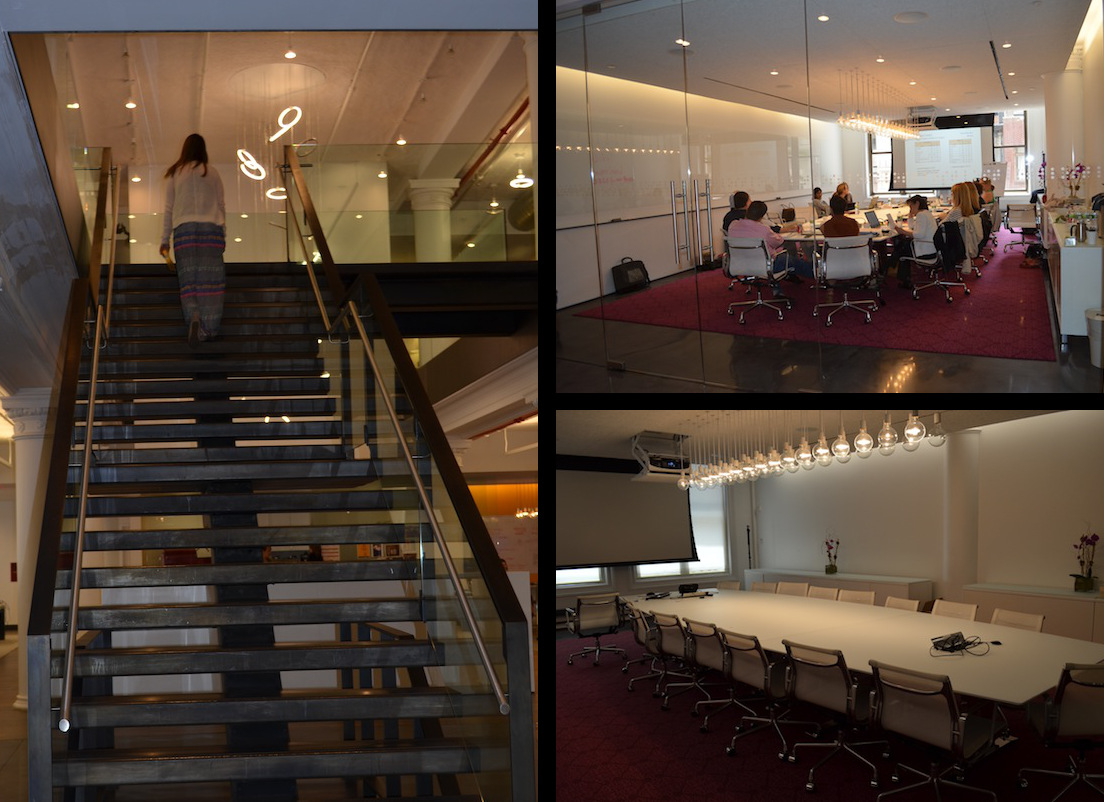 As of now, MRY occupies two floors and is taking on a third floor soon. Each of the two floors has an open layout. The first floor is mostly for account services, and the second floor is for the creatives, strategists and the tech team. 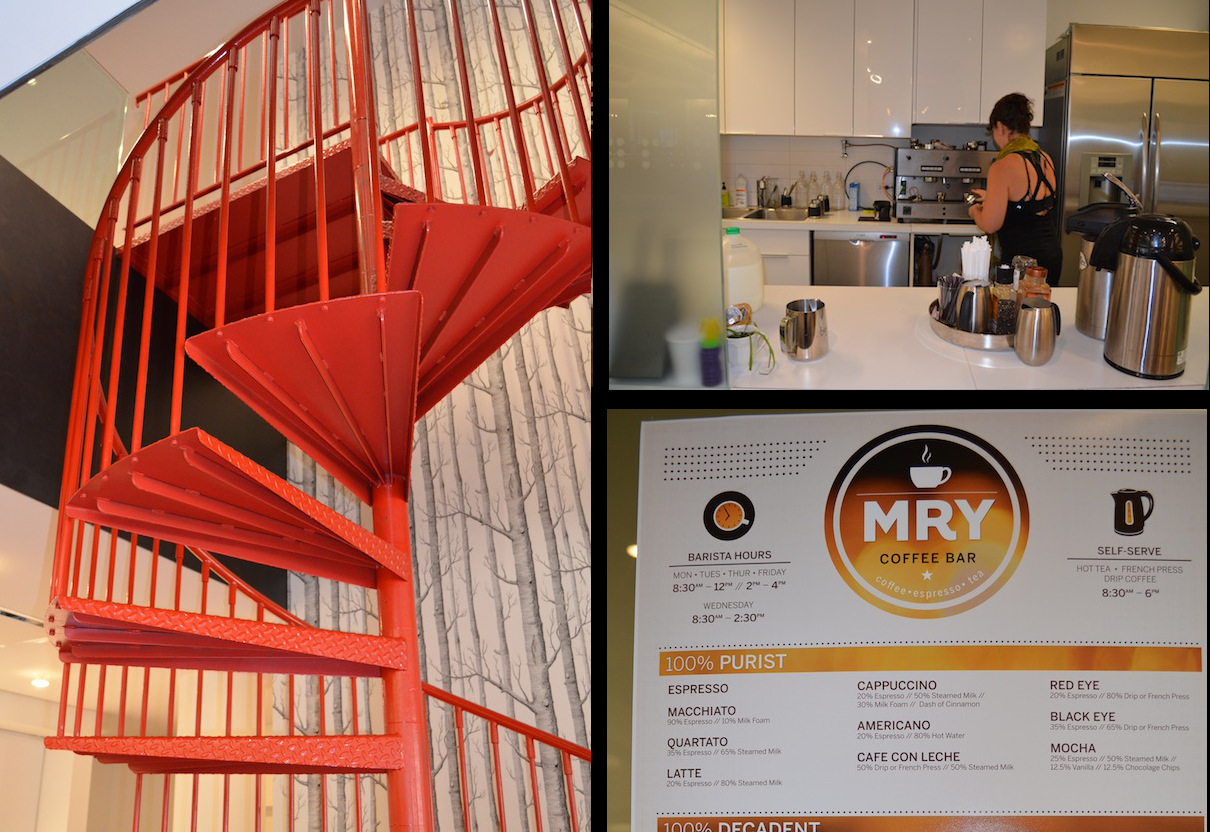 MRY has an in-house coffee shop. The barista also doubles as the agency’s yoga instructor. She gives evening yoga classes at the agency. MRY is also in the process of developing an app so that people can order their coffee in advance from their desks and go get it when it’s ready. 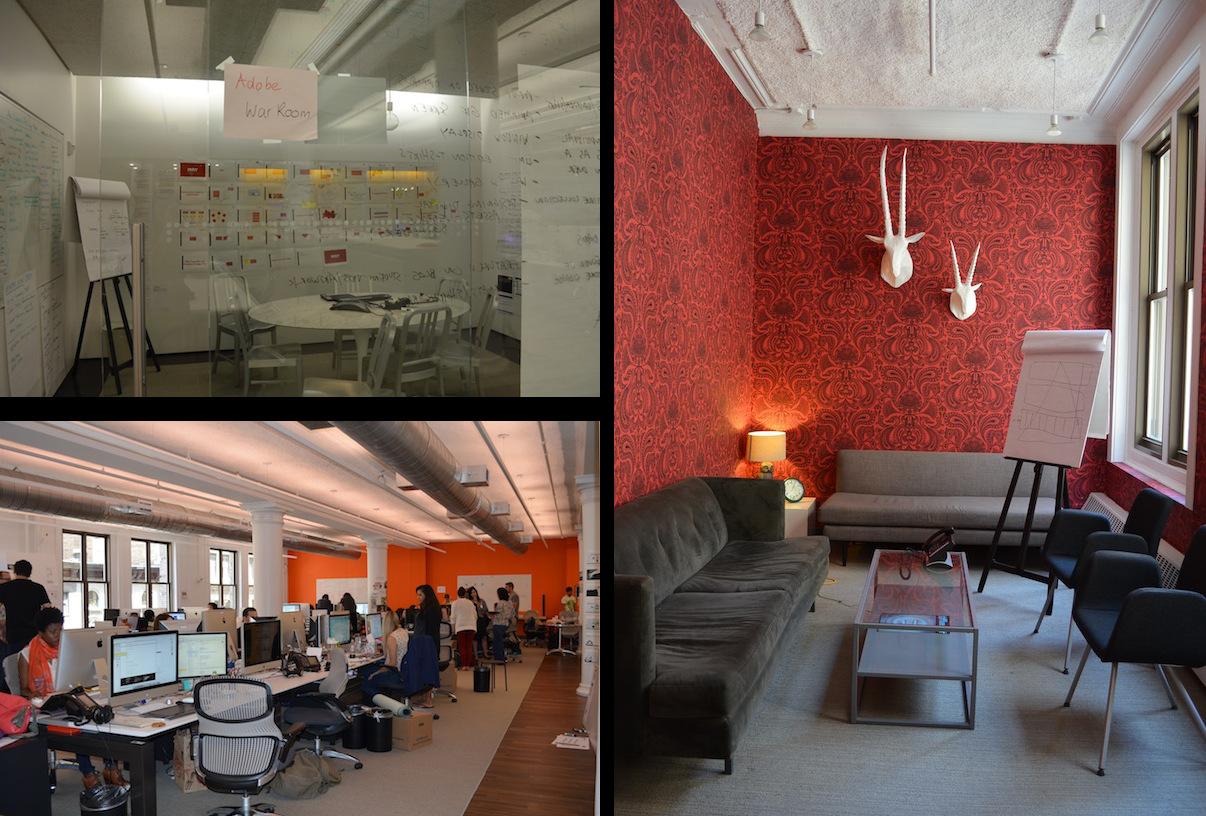 The first floor also has two “war rooms” for specific client accounts. As Britton explained, these help teams from across divisions who are working on a specific account come together in one place. 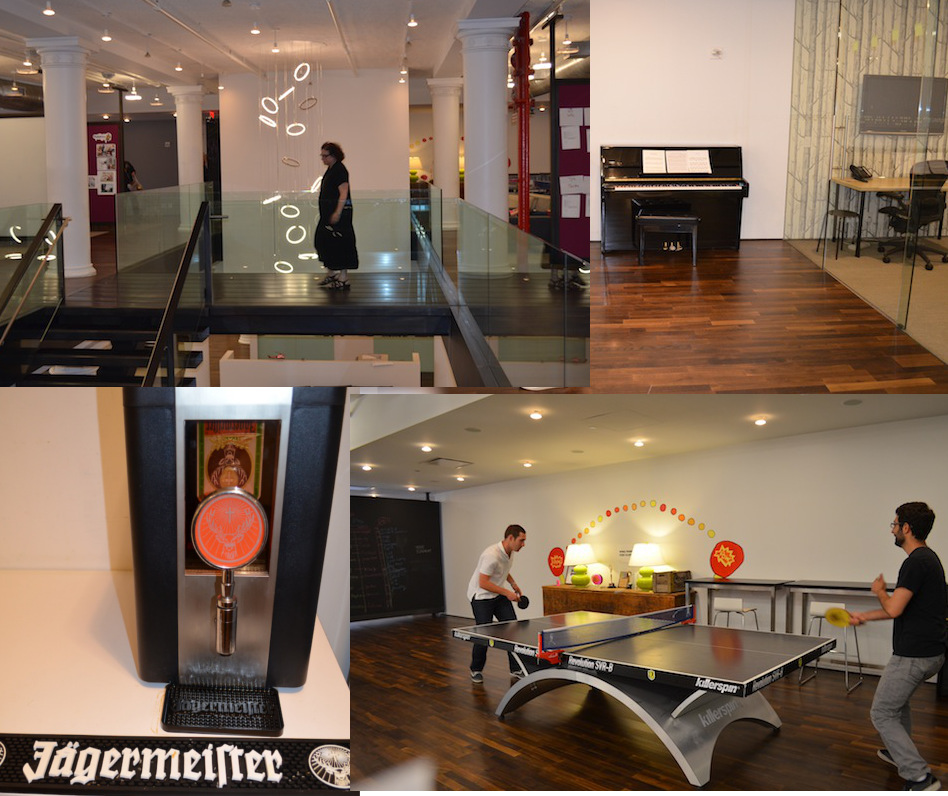 No agency would be complete without booze and ping pong, but MRY has something different too: a piano, which is used for sing alongs during beer Thursdays. Britton also explained that MRY plans to start a series of in-house events around important New York City events like Fashion Week or sports playoffs. MRY will invite speakers from industries related to the event and have discussions at MRY’s digs about how things like mobile and social are changing those industries. 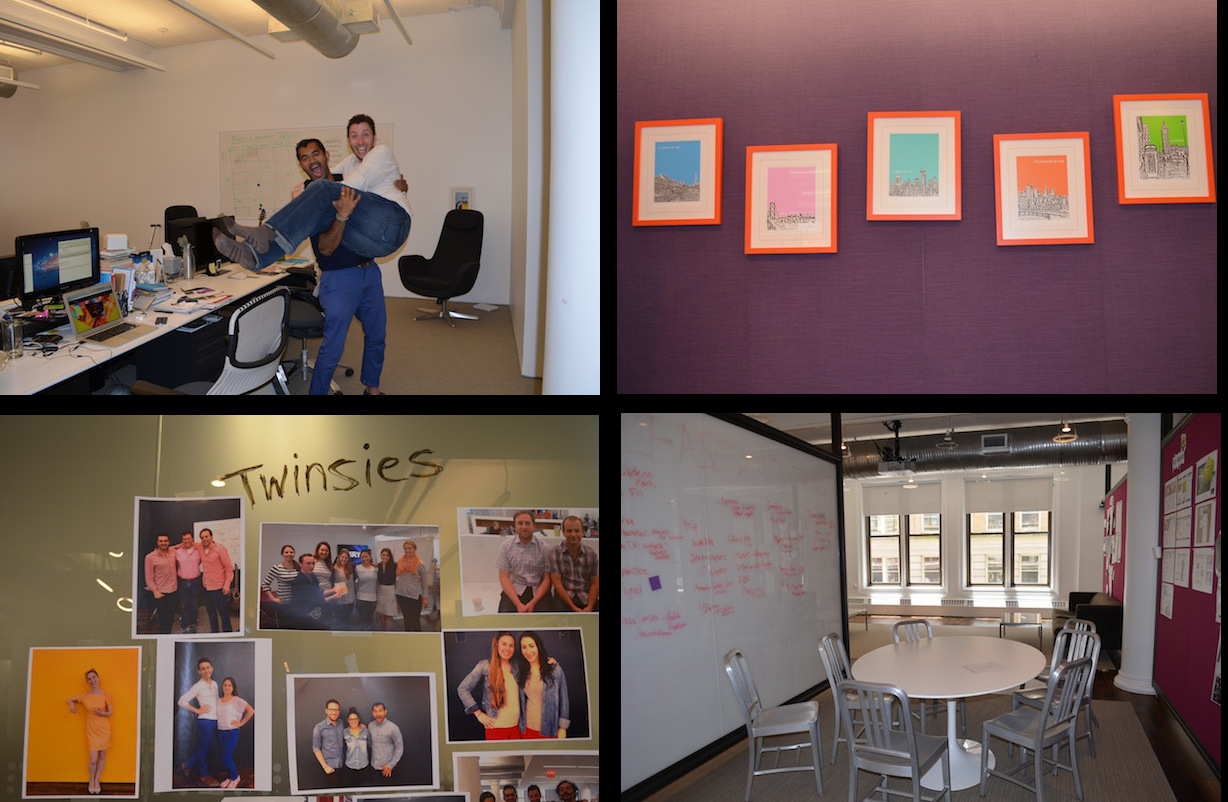 “People still think of us as a small agency,” said Britton, “But now we really are big.”