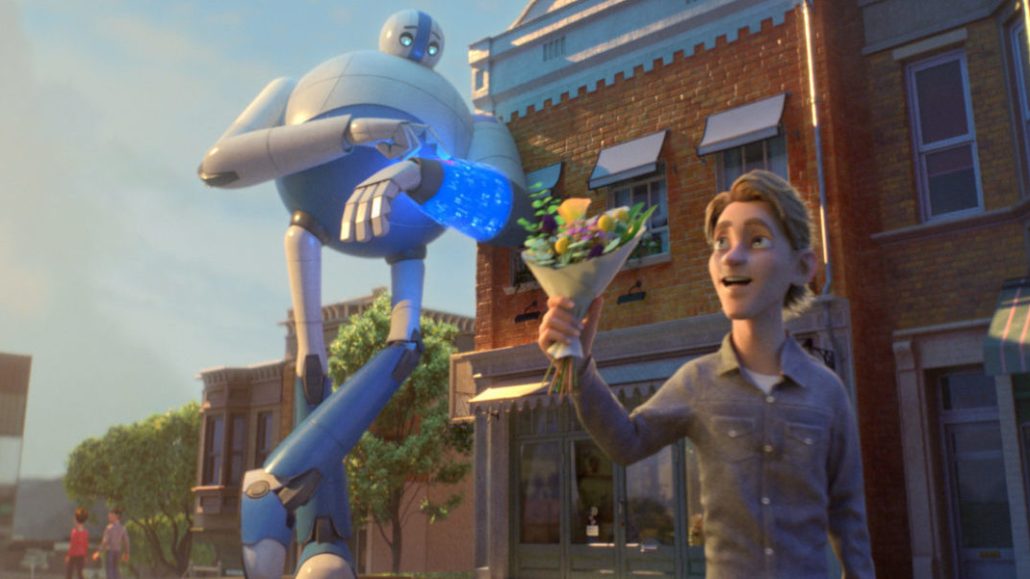 Intuit has been around for 35 years, but many people don’t know it exists, even if they use its  TurboTax, Mint or QuickBooks products.

Similar to young financial technology companies that pay for traditional TV ads to bolster their presence, Intuit decided to invest in a large and expensive campaign to create brand resonance. That strategy included a Super Bowl ad, along with a four-minute video shared on YouTube and on Facebook; shorter clips on Facebook, Instagram and Twitter; and an augmented lens on Snapchat.

“We had an opportunity [that we could] bring to life our corporate mission: to power prosperity throughout the world,” said Lauren Stafford Webb, Intuit’s global marketing director. Indeed, Intuit has been climbing on the stock market over the last few years and is now valued at more than $52 billion.

Intuit’s campaign centered on a story expressed in that four-minute video, which the company described as a “Pixar-like” short film. The main character was a giant robot, representing Intuit’s various products.

“Our customers have big dreams and work really hard, but the pursuits can be vulnerable. Serving them in a way that helps them have more money is the role we want to play,” said Jake Whitman, Intuit’s group marketing manager.

Stafford Webb and Whitman, who both joined Intuit in 2017 after spending years at Procter & Gamble, led the campaign. At P&G, Stafford Webb worked on CoverGirl and Tide, and Whitman managed Old Spice and Gillette. They tapped Intuit’s Los Angeles-based agency Phenomenon and Passion Animation Studios to help with the creative.

Beyond views, a YouTube brand lift survey showed that its ad recall was up 26 percent, brand awareness was up 17 percent, and favorability was up 27 percent.

Some of Intuit’s ads, including its Super Bowl ad, encouraged viewers to go to YouTube to watch its full video. Intuit also created shorter versions of the video for Facebook and for Instagram, where Instagram turned out to be one of its most successful platforms for driving back views.

“Self-employed has a high engagement rate on Instagram. It’s a creative platform and it’s highly visual, so when you think about the story we’re telling in a very beautiful animated world, a lot of the creative did resonate on it,” Whitman said.

Intuit also paid for a Snapchat lens. Picking Snapchat wasn’t about craving a young audience like other companies. Rather, Intuit was interested in Snapchat’s sophisticated augmented reality ads.

“We wanted to bring [the campaign] to life, and augmented reality was a way to do that,” Whitman said. “Snapchat has been leading the augmented reality industry, and we were really happy with the quality of the animation.”

Beyond paying to have the lens promoted within Snapchat’s app, Intuit created a Snapchat QR code that unlocked the lens and shared the code on Twitter during the Super Bowl. Intuit also used the code as an invite to its South by Southwest party in March.

The Intuit Giant is at #SBLII! Use our Snapchat code to capture how you’re hanging out with your Giant to get some SWAG. pic.twitter.com/kaAXdTHGuh

Intuit’s team said they’re now working on the second round of the campaign. Don’t expect that animated giant to disappear anytime soon.