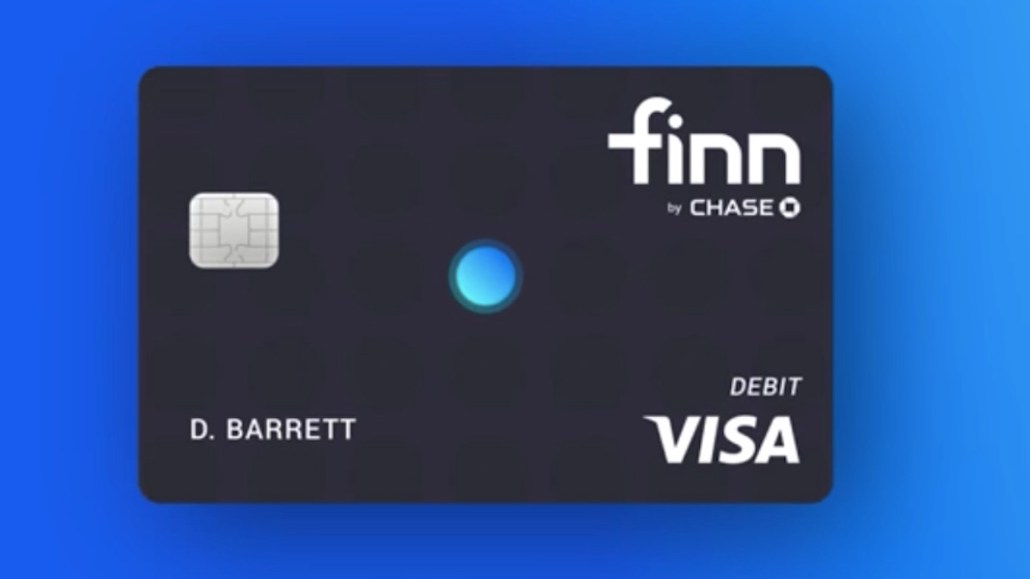 Finn, Chase’s digital-only mobile banking app, rolled out to iOS users across the U.S. Thursday — the first step of a phased approach to scale the brand nationally. It has been testing it in St. Louis since October.

Finn’s wider rollout is evidence of the opportunity banks see in serving younger, digitally-native users, and a sign that the agile, iterative approach to products typical of startups is making its way to the big banks.

“We want to learn beyond St. Louis, and understand how prospective customers feel about this offering, do they find it valuable, and how much are they using it, and how do we think about the evolution of this product — we need to learn those things before general availability,” said Matt Gromada, managing director and chief product owner for Finn.

Chase wants to take the lessons from the St. Louis pilot and apply it to a broader audience of digitally-comfortable iOS users, ahead of an Android launch later this year. The St. Louis experiment yielded three key conclusions: Autosave triggered by rules is a priority for the customer community; a digital-only offering backed by a known, established player like Chase is a reason why customers trust Finn; and that a 24-hour-a-day client support team can replicate most of the functions of a brick-and-mortar branch. Customer feedback has inspired some product updates, including the ability to save a percentage of one’s paycheck, and pre-set autosave rules when customers spend at popular brands like Starbucks.

Chase emphasized that the iOS rollout in no way means the test phase for Finn has wrapped up; it’s still meeting with customers every three weeks, and customer feedback will inspire future iterations of the product. Keeping with its focus on digital, mobile-first customers as a testing ground, the marketing plan is entirely digital, centering on paid social media ads (Chase isn’t saying more beyond an Instagram presence), digital banner ads and videos.

“Our goal is to be as nimble with our marketing as possible, such that we are constantly learning from customers across the end-to-end experience of Finn,” said Gromada.

Chase’s approach to scaling Finn represents how banks are quickly releasing minimally-viable products that are effectively “works in progress” whose journeys are closely linked to how customers guide it along the way. It’s an approach that’s slowly making its way into the banking ecosystem. The six-month go-to-market plan of Barclays’ recent co-branded Uber credit card is a recent example of how banks are more quickly releasing products that can evolve with customer feedback, instead of striving to build “as perfect a product as possible” as part of a more rigid, stage-oriented “waterfall” approach.

Meanwhile, digital-only startup banks in Europe like Monzo are Revolut are regularly releasing product tests, offering customers opportunities to act as product developers. Instead of having an annual or biennial product release, a product can have four or five releases a year.

“You have to balance the risk in saying this product currently a minimally-viable product,” said Aite senior analyst David Albertazzi. “Banks are gaining expertise in agile development as this example shows — software companies are doing this; they’re using agile development methodology to focus on satisfying the customer experience.”

Finn is still an experiment for a customer segment that’s used to doing everything digitally in their non-financial lives — it’s perhaps a safe bet with population that’s accustomed to quick product evolutions in the digital world. It still may be a little early to use the same approach for products that serve a wider spectrum of customers, argues Celent senior analyst Stephen Greer.

“It’s an interesting route to take, and certainly out of the startup playbook, but this would really only work with something non-core like Finn,” he said. “You can’t fail fast or partially deliver functionality on a mobile banking app. Development cycles are to ensure stability, compliance, integration, and numerous other things.”