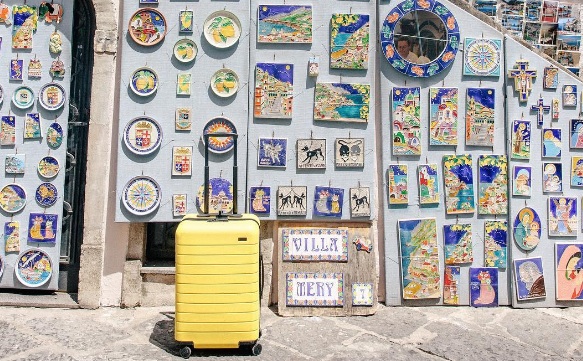 One of the most engaging posts that Away, the direct-to-consumer luggage maker, has had on Instagram features a yellow suitcase appears in front of a wall of tiles on Italy’s Amalfi Coast. “There’s yellow. Then there’s Amalfi lemon yellow,” the post reads.

But the post wasn’t created by Away’s social team but by a travel buff who happens to be a fan of the brand. Its user-generated posts like these that have helped Away grow 10-fold in the past year, to nearly 100,000 followers today. Out of 676 Instagram posts, 600 are user-generated that have reached 15 million users organically.

“We see people all over the world from a sub-Saharan desert, or to the Great Wall of China or Galapagos Islands, actually staging these photo shoots with their bag and sharing it on social media,” said Jen Rubio, who co-founded Away with colleague Steph Korey in 2015 after working as the head of social at Warby Parker.

Away also places paid ads on Instagram, but Rubio said organic posts and user-generated content are how most people find out about the brand. That’s why Away separates its paid-post operation from the social team’s organic posting. “The content that works well on paid digital marketing isn’t the content that works well on organic social media,” she said. “It’s been really important for us to differentiate those two things.”

Unlike other brands, though, Away doesn’t solicit submissions from followers. Starbucks, for instance, gathered user content from its White Cup Contest in 2014. Rubio said followers tag Away in their Instagram posts because the brand shares them. “Even when we had 500 to 1,000 [followers on Instagram], we were sharing their own photos,” said Rubio. “We’ve ingrained and embedded this behavior of sharing with our community.”

Away’s hope is for this kind of content to position it as not only a luggage brand but as a travel brand. “The posts that do [really] well are the posts showing context in travel,” Rubio said. In July, Away also launched a quarterly print magazine all about travel.

Other than user-generated content, Away’s Instagram feed contains in-house shots of the brand’s luggage, which ranges from $225 to $300. Away announced its new white luggage in Instagram Stories last week by having artists draw, paint or doodle their own creations on the bags. This is one way to encourage followers to share their own creations in photos without overtly asking for them. The brand also hosts giveaways and contests for followers, often offering up limited-edition suitcases. In March, for instance, the brand gave away two mini versions of its millennial pink line. 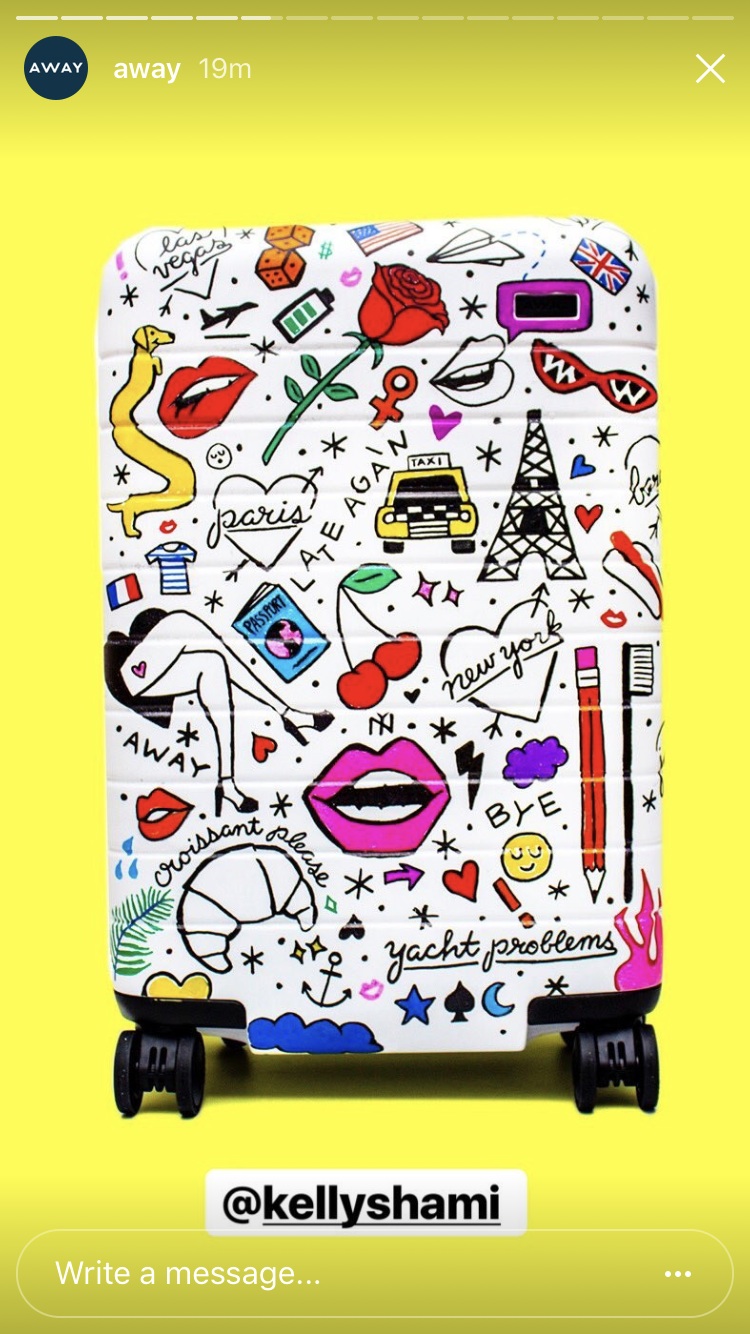 Influencers and brand deals also play a role. In March, Away worked with entrepreneur Poppy Jamie and actress Suki Waterhouse on a line of millennial pink luggage and published pink posts to promote it. The brand did the same in May for a partnership with “Despicable Me 3” on a yellow limited-edition Minion suitcase.

Away has worked with Instagram influencers @tyfrench (65,500 Instagram followers) and @vivaluxuryblog (678,000 followers). The product has also been photographed with celebrities like Jessica Alba, Mandy Moore and Karlie Kloss, prompting People magazine to publish the post “This Is the Carry-On Every Celeb Is Toting.” And it doesn’t hurt that Jay-Z is an investor.

Rubio said the brand never pays for endorsements. Away does, however, take influencers on trips to promote the brand with them. Two have been planned so far: one to the Catskills and another to Stockholm. “It results in a ton of great content.”