Inside the agency: R/GA 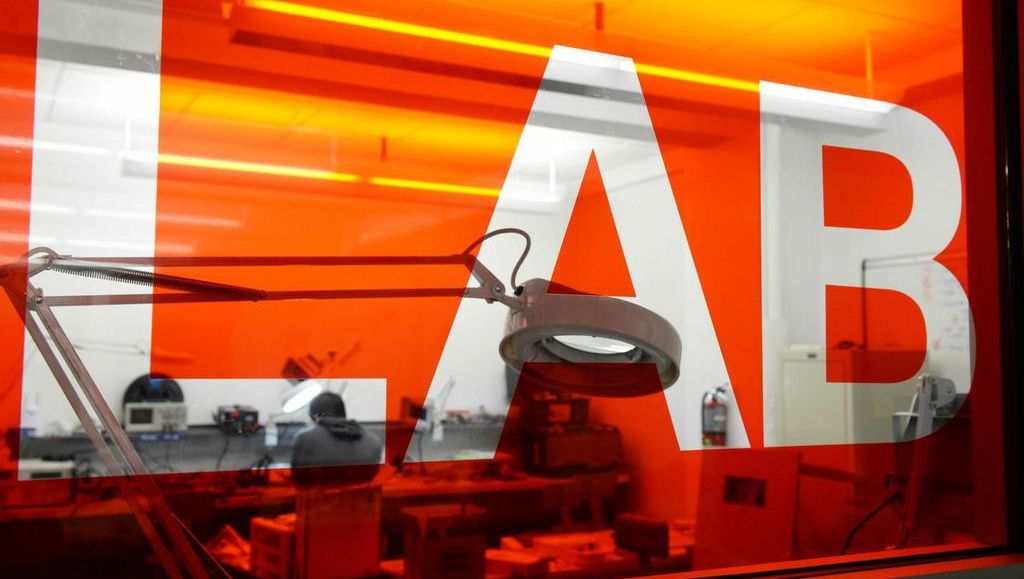 Outsider art, walls lined with trophies and awards, a juice bar and a labyrinth of nooks and crannies make up the four-building campus of R/GA Manhattan.

The 35-year-old agency, dating back to 1977, is riddled with what chairman and CEO Bob Greenberg calls nine-year-turns:  every nine years, the agency makes an attempt to restructure its business model and internal organization. For its most recent incarnation, Greenberg decided to carve R/GA up by departments of 150 people (inspired by “Dunbar’s number” — the number of social relationships any given person can supposedly maintain at once) so that the company would be more manageable as it expanded worldwide.

Spread out across four buildings, with more than 750 employees, R/GA’s Hell’s Kitchen interior “winks” at Bauhaus architecture, a personal inspiration for Greenberg. Its other buildings around the world, in Europe, South America, and Asia, are modeled after the Manhattan office.

A view of the main workroom at 350 39th street, and a view of the Digital Studio workroom in a different building across the street.

Greenberg’s office is itself full of oddities: an old Singer sewing machine, outsider art, an Apple 2 computer and more.

(Above left: Greenberg explains how a non-motorized Singer sewing machine works. Above right: Greenberg shows a pamphlet from R/GA’s days as a production company.)

R/GA’s campus has a retail lab in building, where it produces different interactive displays, and a prototype studio in another, where the company creates design mock-ups.

(Above left: A 3-D printer in the prototype studio. Above right: A work section at the retail lab.)

“I had to fight a lot to get our conference center on the second floor with these little huddle rooms,” he told Digiday. “They’re meant to hold two people — they’re like the size of a telephone booth.” Huddle rooms are often used for brainstorming in small groups and interviews. Hanging on the wall outside of the huddle rooms is Greenberg’s collection of articulated dolls.

(Above right: The hanging articulated dolls. Above left: The juice bar.)

“We built an internal studio — one that would use no film,” he said of R/GA’s early days. “At the time, we were doing it, most commercials were still using film. Now, film is mostly dead, except for commercial companies. So we went digital with our studio.”

“We’re the furthest along as an integrated agency,” Greenberg said. “I wonder why more companies don’t do that, but I think the DNA of many agencies is to be fiercely competitive, even within the agency.”