Inside the agency bathrooms of the EU

Great ideas creep up on you when you least expect them. And advertising agencies have always taken great pains to create an environment that can foster “aha” moments for their creatives. For many, this extends to the bathroom too.

While we’ve toured various ad agency offices, there’s often been one room missing: the bathroom. Turns out, you can tell a surprising amount about an agency’s priorities from the inside of their WC.

Some agencies we contacted for this article thought the act of sharing was, in fact, too revealing. They blamed renovations or a fear of simply not being eccentric enough (they are a competitive lot, after all). But here are a few gems we unearthed in the process. Enjoy.

Webguerillas’ doodle pad
Perhaps the granddaddy of kooky agency bathrooms is by Munich-based shop Webguerillas. Dreamed up by design agency TULP, its first space has permanent markers stuck to the ceiling with magnets in an effort to foster petty vandalism from its occupants. Not one for you if you’re a germaphobe.

The agency also has a bathroom covered in mirrors for the bigger egos and/or exhibitionists in the office. And for the neurotic staffers, there’s another that won’t likely run out of paper any time soon because the room is literally covered in it. 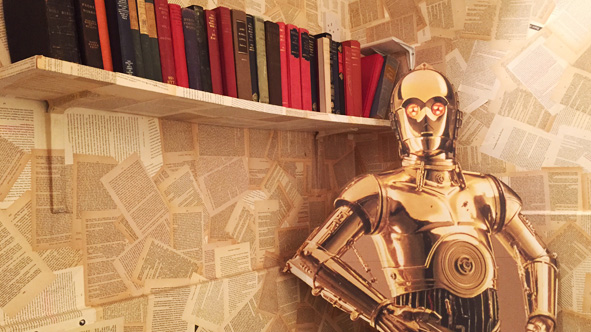 “As problem solvers in the creative world, the Isobel team looks at our office space with the same eye,” said Paul Houlding, managing partner at Isobel. “The key is less in the use of expensive ‘toys’ but more in the imaginative use of our space and involving everybody in the agency.”

DigitasLBi’s tattoo parlor
As the “Portlandia” song says, the dream of the 1890s is alive and well. In an ode to its location in the grittier, edgier side of London, aka The East, DigitasLBi opted for a tattoo parlor theme for its downstairs toilets. It’s a sure-fire way to blend in and to help the tattooed and bearded staffers and clients feel at home.

The entire building is a converted brewery set between other former industrial buildings in the hipster mecca. And the throwback designs, created by Jackdaw studios, feature hand-painted signage as a nod to yesteryear.

The obligatory grafitti one (Soul)
Fun fact: Richard Berry’s 1957 hit “Louie, Louie” started life on toilet paper. That’s perhaps as far as the link between music and bathrooms goes, but agency Soul didn’t let that stop them from creating a soul-inspired bathroom. It commissioned muralist and illustrator Kate Philipson to decorate its bathroom with artwork inspired by disco, with musical references on the doors. The agency’s toilet is nicknamed the “disco loo.”

And what would London be without its obsession with plastering all things that aren’t technically “street” with street art.

Its toilets are no different. Behind a door that’s mocked up to look like a fairground stand, lie some very funky seats.

Then there are the woke WCs
We Are Social, which shares a building with Maxus, has unisex bathrooms at its office. Meanwhile, Mindshare’s toilets are eco-friendly — flushing with rainwater collected from the outside of the building.