‘In our industry, we wring our hands a lot’: Jaime Robinson on getting back to basics 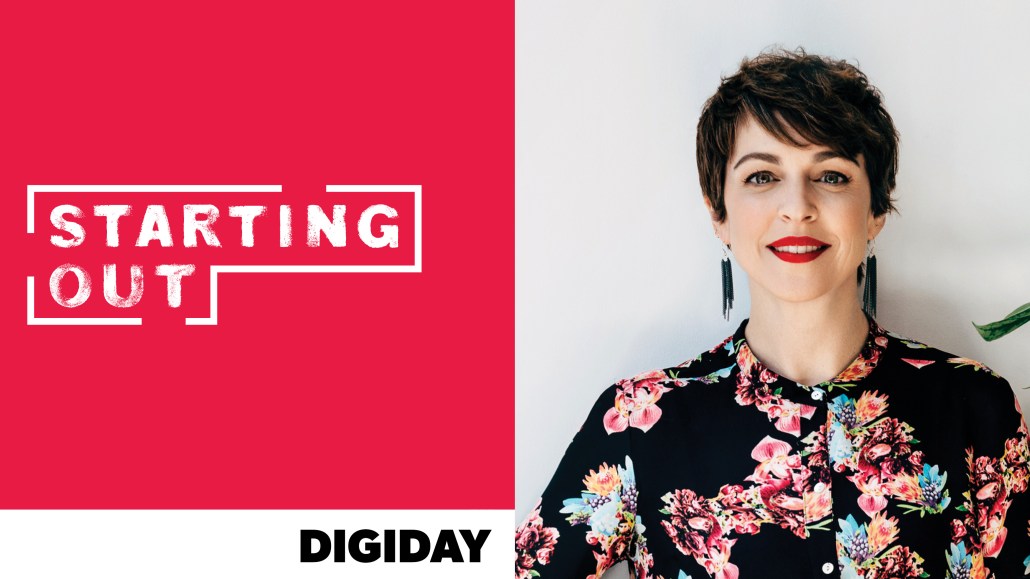 Jaime Robinson is one of the industry’s best-known creatives. The former Wieden+Kennedy executive now runs her own shop, Joan, which she co-founded last year with former Refinery29 exec Lisa Clunie. But she sees her job  — and that of anyone in advertising — pretty simply: It’s about entertaining people. On this week’s Starting Out, Robinson talks about her first job, her first advertising job and the importance of finding the right business partner.

My father told me when I was little that money is great, but money is better when you earn it. My first job was delivering papers, the free newspapers. I delivered those in Long Island over the winter. My twin sister and I got on bikes at 4 in the morning. It was the Pennysaver. We would go and chuck it on people’s driveways, and it was freezing cold. I’d make up these stories to keep us entertained. There were stories about these two guys who were from Eastern Europe.

Then, I started a business when I was in 10th grade, a children’s party entertainer. I was a clown. I didn’t wear makeup, but I put on a lot of blush and red lipstick. I would go to children’s parties, and I would dance and sing and play with them. My name was Crazy Jaime. The best thing that happened was we were at a party, and the parents had also sprung for Barney. The kids didn’t want pictures with Barney. They only wanted pictures with me. That was my first business.

Every morning, I come in and say hi to the doorman at the office. We have a really great relationship. I know that sounds crazy. But his name is Winston, and he’s just the coolest dude that’s ever walked this earth. I dance; I sing his name; we have a conversation about the weather and how he’s feeling. I come in dancing sometimes; I want to make him happy. Then, one time he asked someone else, “What does that woman do for your company?” And they said, “You know, she’s the one who founded it.” And he said, “She’s the boss?” It was a revelation. He was like, “But she’s so silly.”

In our industry, we wring our hands a lot about a lot of things. But it’s really about entertaining people. I have to entertain people.