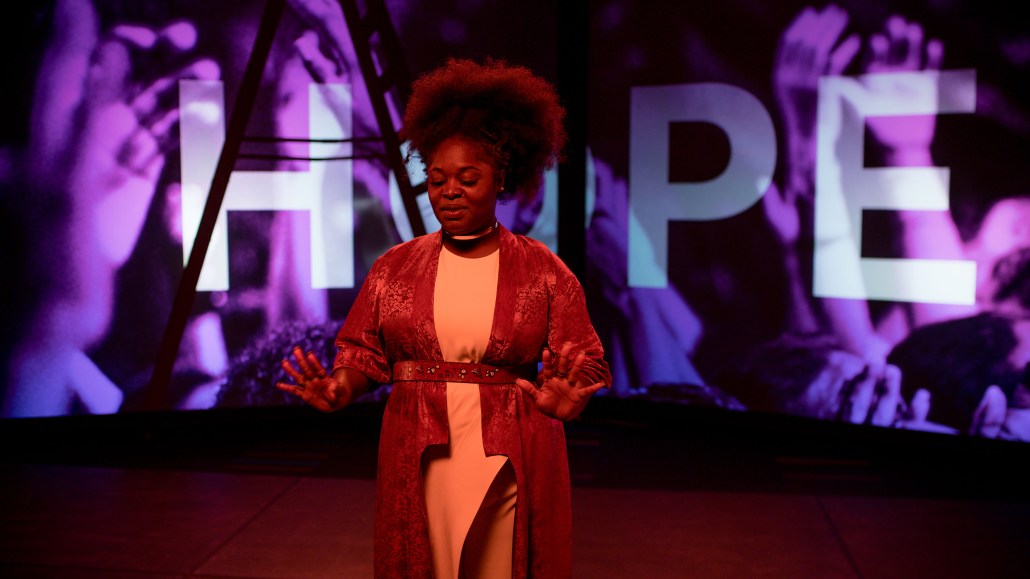 When white nationalists and counterprotesters clashed in Charlottesville, Virginia, this past weekend, Hyatt found itself in a bit of a bind. It was about to launch a monthlong branded-content partnership with The Atlantic that revolves around the themes of inclusion, understanding and the importance of coming together. With tensions running high, the hotel chain didn’t know whether to proceed with the partnership that took over a year to create — and definitely didn’t want to come off as opportunistic.

“The events of this weekend have shaken the country,” said Maryam Banikarim, global CMO of Hyatt. “We took pause over the weekend and on Monday to really decide whether we should stay the course or do something differently.”

Hyatt isn’t the only brand to hesitate when it comes to releasing work that could be judged as politically driven. In March, for instance, brands like YouTube, Microsoft, Chevrolet and CoverGirl began promoting Muslim inclusivity through ads without saying they were political. Hyatt was among these. In its Oscars ad campaign “For a World of Understanding,” the brand features a woman wearing a hijab. On one hand, brands have to find a way to tap into the zeitgeist to connect with consumers. On the other hand, they must be wary of getting called out for taking positions in the polarized environment. Since Donald Trump took office, brands such as Under Armour, Kellogg’s, New Balance, Chobani and L.L. Bean have faced boycotts for airing their political beliefs.

The cornerstone of The Atlantic partnership was worrying the brand most. A video called “Come Together” features spoken-word artist Tarriona “Tank” Ball performing a piece of poetry in front of images of people of different ethnicities embracing and laughing with each other. The video stresses the need for all sides to come together in order to fully understand the other.

“We cannot walk a mile in one another’s shoes until we get close enough to put them on,” said Ball in the video. “And we cannot step foot in this new world of understanding until we all acknowledge, much like as a group of men and women did in this very place 50 years ago, that crossing the threshold into this new world cannot happen divided, but together.”

The video was conceived around the story of civil rights leader Xernona Clayton, who 50 years ago was searching for a place to host the Southern Christian Leadership Conference in Atlanta with Martin Luther King Jr. Not a single venue wanted to accommodate the organization until it happened upon a Hyatt Regency. Wednesday marked the 50th anniversary of the conference.

Even with the continuing riots and hate spewing around the country, Hyatt wasn’t going to let politics dictate its messaging, said Banikarim.

In addition to the video, the partnership includes a branded-content hub on The Atlantic’s website, which features an in-depth profile on Clayton and its own video work around the leader. The Atlantic will also run banners online and promote the video through social channels.

The Atlantic stands by the decision to continue with the content as well. “The Atlantic aims to illuminate big ideas and provide varying perspectives across important issues,” said Hayley Romer, svp and publisher of The Atlantic. “This partnership was an obvious inspiring choice for us for those reasons and because the notion of creating ‘understanding’ is exactly what we are doing when we are at our best.”

Banikarim believes audiences shouldn’t mistake the messaging for taking sides. “Understanding is not about sides,” she said. “It’s about bringing people together.” She added, “You can argue that our country needs understanding more today than ever before.”