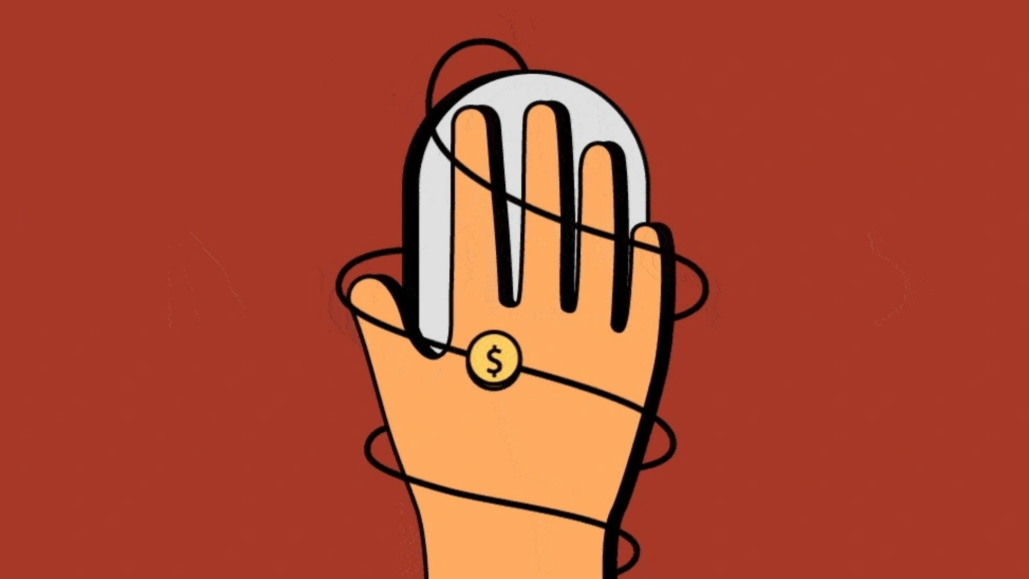 Known for being a brand of indestructible coolers, cups and increasingly lifestyle apparel, Yeti has been evolving from a wholesale company to one that markets more like a direct-to-consumer company as it experiments on platforms like TikTok, Pinterest and its own media properties.

Instead of doing a year-in-review a la Spotify Wrapped, the Yeti has created a new “Year In Preview” campaign to help people plan for 2023. A new website, which debuted last week, invites people to explore the kinds of outdoor events they might want to attend in the coming year by selecting if they want to fish, hunt, surf, ski, or attend rodeos and barbecues. Visitors are then invited to select music genres based on each activity theme which then unveils a calendar with options for Yeti-sponsored events around the world.

“We’ve got so many partners that do amazing things throughout the year,” said Yeti CMO Paulie Dery. “Let’s compile the best of them to encourage people to get out because you know what happens? [People] start the year with the best intentions and then kind of forget about things and lose a bit of steam. So could we at least put it on your radar to get out and do it?”

Of the more than 100 events Yeti sponsors, some are more extreme while others are more accessible and range from a day to a week in length. They’re also a way for the brand to stay ahead of trends, Dery said, adding that Yeti learned skateboarders were a growing fan base only after hearing about the cross-over enthusiasts at hunting events.

Although it’s historically been focused on wholesale, Yeti, which is based in Austin, has increasingly focused on becoming a director-to-consumer brand through Yeti’s stores and e-commerce platforms such as Amazon. In March, it ended a two-year deal with Lowe’s, which it began as a way to grow business with outdoor and seasonal shoppers. Wholesale and DTC channels each account for around half of the company’s sales, according to Yeti’s third-quarter results. However, wholesale still outpaced DTC, growing 25% year over year compared with 15% growth for DTC.

Yeti’s DTC strategy has come a long way since 2015, when it made up just 8% of total sales. Now, they account for 55% while wholesale makes up the other 45%, according to Yeti’s third-quarter results. Along with its own stores in various cities, Yeti also still works with a number of major retailers — such as Dick’s Sporting Goods, REI and Bass Pro Shops — and has corporate partnerships with major brands like Coca-Cola, John Deere, Toyota and the Four Seasons.

“Brand marketing is a long, long slow play and there aren’t many companies that give you the rope to do that,” Dery said. “Most brands don’t have the patience for it.”

Part of the DTC strategy has been selling products through Yeti’s website that can’t be found anywhere else. However, Dery said its brand advertising applies to all sales channels and that they share assets with various retail partners.

Evolving into a DTC brand is a testament to Yeti’s own brand, said Jasmine Motala, associate director of strategy at the Toronto-based agency Métier Creative. She added that it also shows Yeti no longer needs to rely on retailers as much as it did during its earlier years.

Following its recent holiday campaign, the new “Year In Preview” comes as a part of a broader evolution in the way Yeti markets itself across various platforms like TikTok. Last year, it began posting videos to TikTok and since then has gained a following of 387,000. Although some people on Dery’s team thought it wouldn’t be the right place because they’d have to “behave like TikTok” to do well, he said they ended up finding the opposite: “Get on TikTok and behave like yourself.” Another surprise has been Pinterest, which he said has helped break down perceptions of Yeti being just for “rugged outdoorsman.”

Yeti wouldn’t disclose its overall ad budget or how much it spends on various platforms. However, data from Kantar shows Yeti’s ad spending has grown over the past several years. In 2019, it spent $7.3 million, $10.3 million in 2020 and $12.5 million in 2021. From January through September of 2022, it spent $12.2 million—more than double what it spend last year over the same time period.

Rather than only focusing on short-form content, Yeti has also continued to invest in a number of longer-form documentaries each year, which has been a part of the strategy of leaning heavily into brand marketing. Yeti also work with 150 brand ambassadors across various platforms representing a range of outdoor sports. It’s also using more user-generated content such as in a summer campaign featuring videos of people finding Yeti coolers that washed ashore after a freighter lost them last fall off the coast of British Columbia.

“It’s probably the most successful content we’ve ever made just because it’s true,” Dery said. “The product is that tough and people went out and found them. It’s relatable content.”

Since 2016, Yeti’s domestic unaided brand awareness has increased from 6% to 10% in 2018 to 14% in 2020, according to Yeti’s Q3 results. However, it’s still at 14% in 2022. On its earnings call last month, one analyst asked if the plateau was tied to marketing effectiveness while another wondered if Yeti should focus on the product’s value more in messaging. Yeti President and CEO Matthew Reintjes replied by describing the slowed awareness as a “bit of a head scratcher,” adding that top-of-mind awareness was maybe higher in 2020 and 2021 when screen time increased earlier in the pandemic.

Shifting from wholesale to DTC creates a new form of “competitive tension” especially if it means cutting out retailers from a percentage of sales, said Matt Breuer, the former chief marketing officer of the bedding DTC brand Buffy, adding Yeti’s brand awareness puts it in a good place to make moves that might be challenging for some brands.

“Their dominance of product demand in their categories has been a huge draw for retailers,” Breuer said. “Done well, a DTC strategy should take those same potential customers who arrive at a retailer’s website in search of a Yeti product and instead bring them into a Yeti-owned shopping experience, where they not only capture the cross-selling opportunities, but they are able to control the range of options and not place themselves directly alongside low-price knockoffs.”