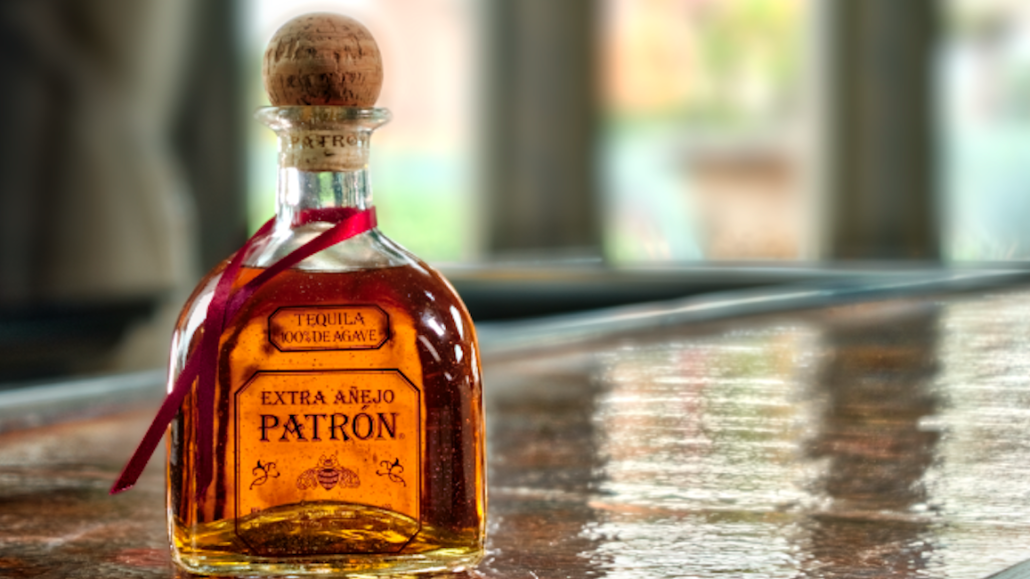 For tequila brand Patron, advertising during the run up to Cinco de Mayo usually encourages people to head to their local bar. This year, the tequila brand is using its advertising to drum up interest in a virtual event of sorts via Instagram Live, where 20 bartenders will teach viewers how to make different margaritas at home.

“We’ll have an arsenal of social ads on Instagram, Facebook and Twitter to promote a tune-in message,” said Adrian Parker, vp of global marketing for Patron, adding that the company will use the same approach for online video and TV spots. “It’s an interesting shift [for us to use] TV and some other social assets as the trailer for an Instagram Live moment. Typically, you wouldn’t use your TV ads to direct to the second screen.”

The point isn’t simply to get people to watch the Instagram Live but to continue to purchase Patron to celebrate Cinco de Mayo as they normally would. Alcohol delivery and at-home booze sales are up — according to Cowen research, tequila sales grew 64% in the four weeks that ended on April 18th — but that increase doesn’t account for the losses from bar and restaurant sales.

Having to pivot to an at-home strategy isn’t unique to Patron. Brands have had to figure out new ways to reach people as most stay home as the typical ways people buy their products have been shuttered. When it comes to alcohol brands, much of the new messaging from brands has been about supporting bartenders in need and doing so by fostering a sense of community online. For the Instagram Live, which will begin at 5 p.m. Eastern Standard Time, Patron is paying each of the 20 bartenders $1,000 for participating.

Overall, Patron has reduced its advertising spend for the time being. (The company declined to say by how much.)  “Our goal is to take a much more conservative approach,” said Parker, adding that the company is taking a quarter-by-quarter approach when it comes to increasing spending back to where it had been before the coronavirus hit. “We’re spending less on paid media.”

To do that, Patron has cut its television, out-of-home and print advertising as well as canceled in-person activations or events it had planned. Instead, the company is focused on social, online video and some television spots. Per Kantar, Patron spent $15.8 million on media in 2019.

Instead of creating all new assets, the company has repurposed some that were used for National Margarita Day on Feb. 22. “From a messaging perspective, it’s much more about making a margarita at home,” said Parker. “[We’re trying to show people] how to get the ingredients to make a margarita versus a message that might’ve been getting them to a bar or restaurant.”

“Bartenders drive lots of usage and trial, it’s the primary way spirits are grown,” said Allen Adamson, brand consultant and co-founder of Metaforce, adding that at-home consumption has not made up the gap. “That’s an in-person experience that you need to find a way to replicate. It’s a smart move to create an event online.”

The company is also looking to use some of its advertising budget to help service industry workers affected by coronavirus. As part of the reduction in advertising spending, Patron took $1 million that would’ve gone to that budget and donated it to bartenders and restaurant workers. “It’s less about rightsizing our spend and more about supporting the men and women who have supported our brand for 20 years by using our marketing to donate to families, children and restaurants,” said Parker.