How House Account is leveling the playing field for small boutiques 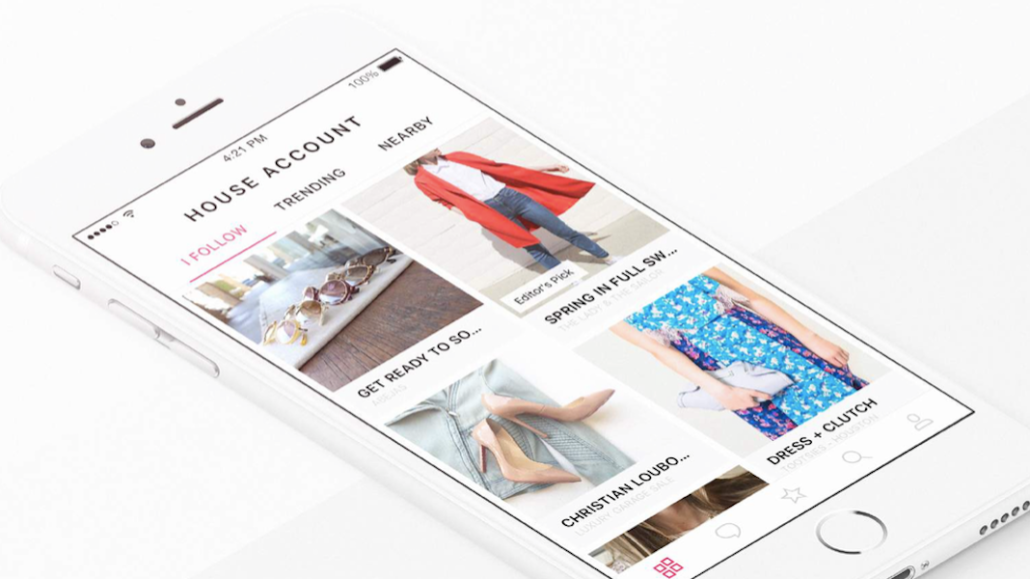 “I’m a control freak,” said boutique owner Laura Vinroot Poole, on a recent call from her home in Charlotte. “That’s part of the business, if you’re good at it.”

Indeed, the trait has served her well. For the past 20 years, since opening luxury boutique Capitol – followed by contemporary store Poole Shop and, just two years ago, men’s shop Tabor (which, together, see an 8 percent year-over-year growth on average and “double-digit” millions in sales annually) – Vinroot Poole has successfully charted her own path, rocky retail landscape notwithstanding.

During the 2008 recession, when her biggest clients couldn’t be caught dead shopping in her stores — “They were the president of Bank of America and bankers from Wachovia, and most of this town had bank stock and lived off dividends” — she started bringing her pieces to their homes. “I learned I needed to keep eyes on my inventory,” she said. “We changed our business, and it proved lucrative.”

It also paved the way for House Account, an app she launched in 2012 to help boutiques connect with customers far and wide. Currently in the midst of a massive re-launch, its next phase is best described as a full-service digital and marketing agency designed to support specialty shops (notorious for small staffs and matching budgets) forced to compete with larger, digital-savvy retailers.

From app to agency
“I quickly realized e-commerce wasn’t feasible for smaller stores,” Vinroot Poole said of her inspiration for the app, pointing to $100,000 she had spent on a lackluster e-commerce site and a new hire to run it. “Most weren’t doing the volume we were, and they didn’t have the money or the manpower. But a digital presence had become [obligatory]. We all had to evolve, or we would die.”

According to House Account’s CEO, Amanda Weisiger, the design of the original House Account resembled Instagram. It allowed customers to discover “cool shops” in other towns, plus shop their merchandise and message their sales associates. House Account quickly on-boarded 450 boutiques across 30 states, only 50 percent of which backed any form of e-commerce.

However, like many companies with Instagram ties, its relevance was threatened earlier this year, when the social platform rolled out its shoppable post feature to the masses.

“We’d built this marketplace, but it wasn’t enough,” Weisiger said. “We had to go beyond connecting stores and customers, to allowing stores to cultivate relationships with customers — after all, customers are the foundation of a small business.”

The result: a new extended company that reads as a unique agency, offering a robust suite of sales and marketing tools.

A one-stop shop
On House Account’s current menu is an email marketing service (which, Weisiger said, is comparable to MailChimp and Constant Contact) and a white-label custom website (think: Shopify, Wix and Squarespace). There’s also a personal shopping service (much like PS Dept.) and its longstanding marketplace (along the lines of Shoptiques and Farfetch). House Account also boasts a content commerce piece, composed of trend stories featuring styles from partner boutiques.

“We have competitors, but none of them provide everything we now offer,” she said, clarifying that the old House Account is going by the wayside. Her team has transitioned 50 boutiques to the new platform and has plans to flip all by mid-summer. From there, it hopes to grow its pool of 85,000 shoppers.

“We’re all about brand building.”
House Account grants its boutique partners ample control. It’s an element that was crucial to Vinroot Poole, considering her past frustration with marketplaces including Farfetch.

“I’m really outsourcing my whole brand and putting it in their hands, and all they’re really worried about is moving your inventory,” she said. “You don’t own any of the customer relationship, none of the packaging or anything customers receive in the mail. It’s going to say Farfetch, it’s not going to say Capitol.”

“We’re all about brand building for the boutiques,” said Weisiger. “The emails are coming from their email address and it’s their domain on the website. When customers buy something through House Account, we want it to come in a box from the boutique, with a hand-written letter from them, their wrapping, their logo.” When an order is placed, the boutique gets a receipt from House Account, then the order is drop-shipped from the boutique.

House Account’s “scrappy” team of seven full-time employees and five part-timers execute the digital strategy for the boutiques: Each store is assigned a personal shopper, which typically steps in when House Account’s image recognition technology fails to locate a style, and a brand manager, which maintains its content calendar, keeps its emails firing and updates its website regularly. Much of the process is automated — for instance, new styles added to House Account are automatically loaded to clients’ social accounts. And boutique owners can oversee everything, including conversations between customers and personal shoppers.

“They do all the legwork,” said Stacy Smallwood, owner of Charleston-based boutique Hampden Clothing, a longtime House Account client who has already taken advantage of its new features. As for affording the agency — House Account charges $300 monthly, plus gets a commission on sales, according to its press release — she said it was a matter of prioritizing: “Instead of investing in print media, which is a dying age, I’m investing in House Account.”

Beyond House Account 2.0
Weisiger is aware that, with more brands dodging wholesalers, there’s opportunity to venture outside of retail partnerships, to individual designers and startups. “Lizzie Fortunato and Fig are some of the brands we work with now. We’re really just testing the waters in that area,” she said.

However, scaling the current setup is her current focus: “We want to expand the personal shopping and brand management teams so that we can continue to offer our boutiques this high-touch experience. There are almost 30,000 womenswear boutiques, and that only counts the U.S. The market is pretty endless.”

And while, considering the current state of retail real estate, one would assume at least a few boutiques would be tempted to close their physical stores and rely entirely on House Account, such is not the case — and the company wouldn’t want it that way. “We want to support their business, we don’t want to take it over,” Weisiger said. You can only control so much.