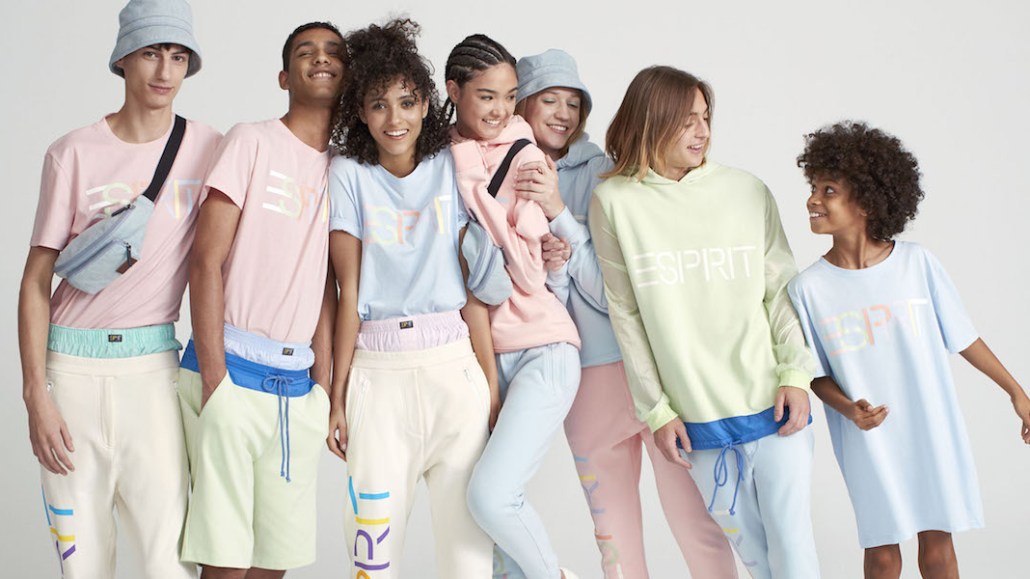 Depending who you ask, the ’90s have been “back” in some shape or form since about the time they ended. But in the last two years, a host of casual sportswear brands that witnessed peak popularity during the era have experienced a particularly noisy renaissance. Brands including Champion, Reebok, FILA, Kappa, Ellesse, Esprit, Le Coq Sportif and Calvin Klein Jeans have all witnessed a revival of sorts — whether unintentional or driven by the brands themselves.

Champion takes the lead
“I think we’re in a golden hour,” Manny Martinez, Champion’s head of marketing told Esquire in March, and one could argue that it’s his company driving the charge. A slew of diverse collaborations, with everyone from Vetements to Supreme, has helped bring the nearly 100-year-old brand back into the spotlight.

But it’s not just those hot-ticket collabs that are selling. The colorful hoodies and sweatpants known for transcending style types (preppy, urban, etc.) and demographics are once again seducing a wide swath of people. They can currently be found at retailers including Need Supply, Urban Outfitters and Ssense.

“Champion has definitely come out on top of this trend,” said Charlotte Austin, an editor at the fashion marketplace Lyst. “Not only are its traditional offerings doing well with retailers, but the Vetements x Champion Spring 2017 collaboration brought the brand to a whole new audience.”

Indeed, the audience she refers to — fans of Vetements, the avant-garde designer collective helmed by Demna Gvasalia — is hipper and more fashion-savvy (not to mention, richer) than Champion’s historic fan base. Known for selling everything from logo-topped hoodies to floral-print dresses for upward of $1,000, the brand has helped redefine luxury for today’s world.

A Champion hoodie for sale at Urban Outfitters

High fashion gets comfortable
“High fashion has gone completely sportswear in the last couple of years,” said Jey Perie, the creative director at Kinfolk, a lifestyle and nightlife brand, the clothing line of which recently teamed up with the heritage Italian brand Kappa on a soccer-inspired clothing kit. “Couture houses and high end publications have once again invited the street to their penthouse apartments, and I’m not sure the street will ever leave it [now],” he said.

The Kappa collab is selling so well, said Perie, that Kinfolk now has a collection in the works with Fila, the South Korean brand that has been teaming up with everyone from fashion darlings like Gosha Rubichinskiy and Baja East to mainstream retailers including Urban Outfitters in the last year.

According to Austin, the Fila x Gosha Rubichinskiy collection (sold at retailers including Barneys and Ssense) was trending on Lyst for weeks and sold out instantly each time it was re-stocked. “The way Fila relaunched with Gosha was genius,” said Marina Larroude, Barneys New York’s fashion director. “Fila lent its heritage to a cool new brand, while Gosha gave Fila the refresh they needed.”

It was a homecoming for the brand — it left the North American market in 2011 after its profits fell by 98 percent, selling only in Germany and Hong Kong. Known for using real people as models and championing sustainable production long before it was hot, Esprit has always been forward-thinking, making it a great match for the quirky retailer. “There are so many brands out there that don’t have that rich history,” Opening Ceremony’s co-founder Carol Lim told Racked at the collaboration launch.

A look from Kinfolk’s collaboration with Kappa

“We’ve noticed a major increase in popularity among [all of] these brands, which have gone from niche to street-style gold in a very short period of time,” said Austin of Lyst, emphasizing not just Fila and Champion, but also Reebok, which has experienced a resurgence of late after re-releasing key archive pieces like the Classic Freestyle Hi and partnering with influencers from Gigi Hadid to Rae Sremmurd.

Hollywood’s endorsement of this trend has been crucial, said a number people interviewed for this story, even if celebrities are not partnering directly with the brands included. “[Artists like] A$AP Rocky and Justin Bieber are often spotted in casual athletic clothing, along with the Kardashians — whose influence should not be underestimated,” said Rebecca Milne, the womenswear editor at Edited, a retail analytics firm. “It reinforces the appeal across categories, [whether it’s] dressed up or dressed down.”

Changing dress codes
Indeed, how these pieces are worn has expanded under the continued reign of athleisure, which drove U.S. apparel market growth in 2016 to a value of $78 billion, up 6 percent from the year prior, according to Euromonitor. As that trend has transformed (or rendered null) dress codes from the office to the cocktail party, it has lent athletic brands — once relegated to the gym — a new versatility.

“Their newfound popularity among consumers who have less interest in professional sports than designer runway shows is a direct result of changing attitudes about dress,” said Eric Wilson, the fashion news director at InStyle, noting that many people now opt for sneakers with suits or don sweatshirts, not out of laziness, but as a fashion statement. “As consumers demand more comfort and performance from their everyday clothes, it makes sense that they would turn to trusted sports brands like these.”

A lookbook image from Gosha’s collaboration with Fila

“Young consumers are very savvy when it comes to their purchases, seeking out products that they can get the most use out of,” added Emily Anatole, the insights director at Cassandra, which studies emerging retail trends and youth behavior. “Many of these nostalgic styles are timeless and let young consumers get the most bang for their buck.” And, according to the company’s latest survey, the trend is only growing: 64 percent of teens ages 14-18 said they are not tired of all the athletic wear clothing lines, and 75 percent of people ages 14-34 said the same.

The logo-mania that took off in the early aughts, only to die out a few years ago, is also witnessing a resurgence. “Around 2013, young consumers developed an aversion to logos, as they didn’t want to be associated with a predefined style, but now, the retro quality of these items is grabbing their attention,” said Anatole. In fact, recent research from Cassandra on the matter found that 59 percent of 14- to 18-year-olds actually prefer products with logos, as do 55 percent of people ages 14-34. It doesn’t hurt that these logos are often iconic and easy to identify, said Austin, as it allows them to spread quickly on social media.

An image from Reebok’s latest lookbook

The nostalgia factor
The iconic part seems to be key, tapping into our collective weakness for nostalgia. “It’s a powerful emotion, one that can make a consumer buy into a product they had growing up or saw their childhood icons wearing,” said Larroude, noting that these throwback brands reflect a simpler time, before the constant distractions of today’s technology. The fractious global political climate only adds to that nostalgic appeal, added Milne.

Other brands that have struggled to maintain relevance in today’s crowded market could do well to follow suit and tap into their archives — but, as always, timing is of the essence. “As with all geese, there’s only a certain amount of golden eggs to go around,” said Wilson.

The size of a company and its target audience, matters too. “When brands are the size of a Gap, they are dealing with so much more volume and territory; it’s a completely different game,” noted Perie.

Most importantly, however, is the history a brand has (or does not have) to stand on. “It’s important for these brands to come from an authentic place,” said Larroude, “because you can’t become something you never were.”