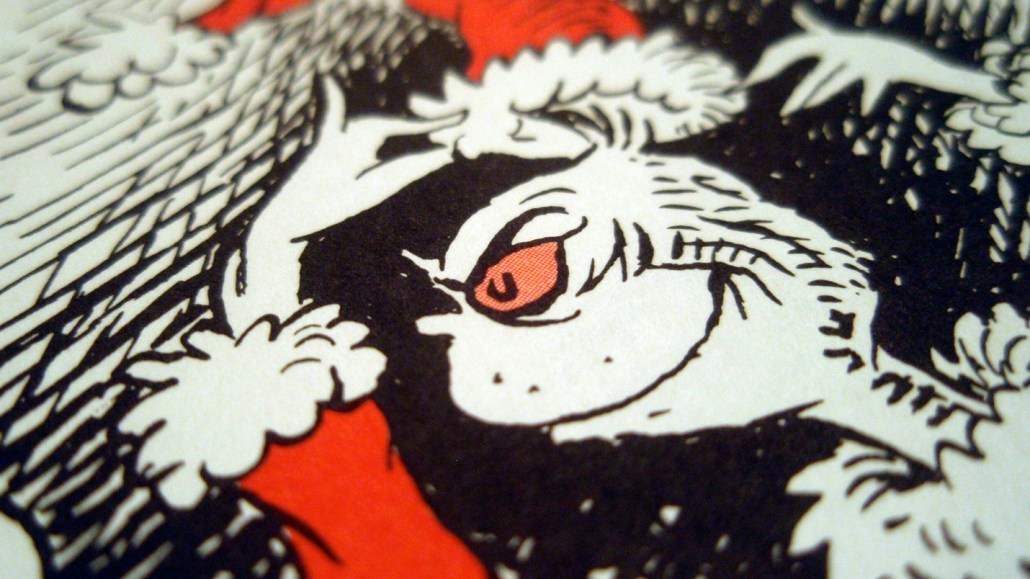 Digiday has its “Before They Were Madmen” series, which spotlights ad industry people with unusual backgrounds, like the personal chef-for-the-Grateful-Dead-turned-mobile-solutions guy and the marine-turned-content strategist. However, there are plenty of people who have done this in reverse: Some big names you recognize today as famous authors or directors or politicians even were actually ad folks before they gained their notoriety. Here is a list of five notable people who are unlikely ad folks. Please submit your own nominees in the comments.

Dr. Seuss
Thedor Geisel, aka Dr. Seuss, was drawing art for ad campaigns starting in the 1920s before he was drawing and penning beloved children’s books like “The Cat in the Hat” and “The Lorax” (which is also now a movie in theaters, though, apparently, earning less-than-favorable reviews. Sorry, Seuss). Dr. Seuss ended up at McCann Erikson and drew ads for Flit insecticide, Standard Oil, Holly Sugar and more. You can definitely see characters in these ads that resemble the characters that would later populate his books.

Salman Rushdie
Before he won the Booker Prize in 1981 for his second book, “Midnight’s Children,” and before he was knighted by Queen Elizabeth II for his “services to literature,” Salman Rushdie was a copywriter in the 1970s with stints at Ogilvy & Mather and Ayer Barker in London. Rushdie doesn’t talk much about his copywriting days, as BBH co-founder John Hegarty said in an interview with The Guardian, “It’s only Salman Rushdie who wouldn’t ever mention it. He did write crap ads too, admittedly.” However, Rushdie was responsible for some memorable slogans, like Aero’s “Irresistibubble” and “That’ll do nicely” for American Express.

Frank Zappa
Before Frank Zappa became a prolific musician performing and recording music in the band Mother of Invention and then as a solo artist, he spent a brief period in the early 1960s working in advertising. Check out this Luden’s cough drop commercial for which he made the soundtrack. As David Kiefaber describes it in an AdFreak post, “sounds like someone hyperventilating into a kazoo.”

Terry Gilliam
Before Terry Gilliam became a famed screenwriter and director of films like his critically acclaimed 1985 “Brazil,” in the 1960s he worked at advertising agency Carson-Roberts in Los Angeles. Gillliam hated working in the agency world and says he was hired only because of his cool hair style at the time. He was eventually fired and went to London where he became a member of the Monty Python comedy troupe, and the rest is history.

H.R. Haldeman
H.R. Haldeman, aka the “Iron Chancellor,” served as White House Chief of Staff to President Nixon and became one of the key culprits in the Watergate scandal, serving a year and a half in the slammer for his efforts. But before all of that he spent 20 years working in advertising. In the 1949, Haldeman joined the advertising agency J. Walter Thompson and worked his way up to an account executive and later the vp of the California office. Surprisingly, JWT doesn’t tout this one on its site.