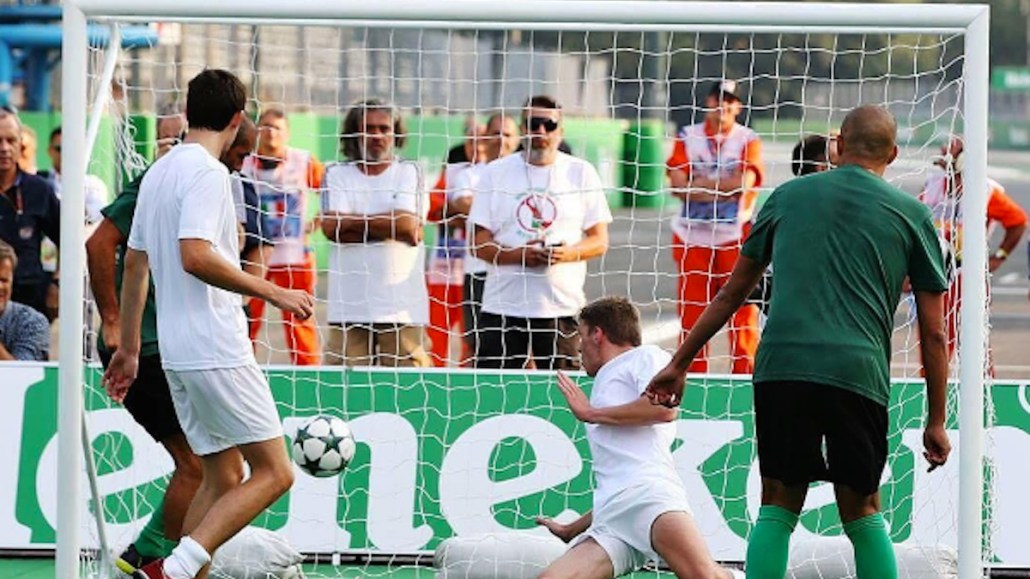 Soccer has long been a European sport, but Americans have been warming to it. The sport was the fourth most popular sport to watch on TV, according to a 2015 Harris poll. Heineken wants to be the beer that people, especially millennials, associate with the sport.

This effort started in 2015, when the Dutch brewer replaced Budweiser as the official beer of Major League Soccer (MLS). Since then, Heineken has sponsored eight local soccer teams in cities across the U.S., worked with the International Champions Cup association to bring European matches to the U.S. and launched soccer-related campaigns with big-name soccer players.

Heineken is putting all its sports marketing into soccer because the sport is the ideal fit for the brand’s target audience: multicultural millennials, said Felix Palau, senior vice president of marketing, Heineken USA.

“There are around 45 million U.S. soccer fans on social media today,” said Palau. “It doesn’t mean that they’re not interested in NFL or basketball anymore. It’s just that they’re broadening their sports repertoire.”

Soccer has gained favor with Americans in the past couple of years. MLS added at least one team across the country every year from 2007 to 2012 and aims to have 28 teams by 2020, according to The New York Times. Other brands, like Adidas and Target, are getting in on the new wave of fandom as well with their own sponsorships.

Palau, who was born in Mexico, saw the fascination with the sport firsthand when he moved to the U.S. in 2009. “In Mexico, soccer is the only sport anyone follows,” he said. “When I got to this country, I thought, well, maybe soccer isn’t as relevant, but I was impressed in the amount of not only soccer fans but the quality of local teams.”

Soccer’s multicultural appeal also matches up with Heineken’s international presence. Heineken has teamed up with the Champions League in Europe since 2005. Heineken also can’t compete with other beer brands that have cornered other sports such as American football.

Beyond the stadium, Heineken localizes content on digital channels, using players from local teams it sponsors and soccer stars. Its “Soccer Is Here” campaign in March 2016, for instance, featured Landon Donovan, Carli Lloyd and David Villa. Palau said Heineken sees its soccer strategy as a 10-year commitment. “If we continue this strategy for the next 10 years, I have no doubt that Heineken would be the brand that is recognized for soccer in the States,” he said. “It’s just going to take a little time.”

Heineken believes its efforts are paying off. Research it conducted through Nielsen showed that the likelihood MLS fans would buy Heineken increased by 11 percentage points from 2015 to 2016.