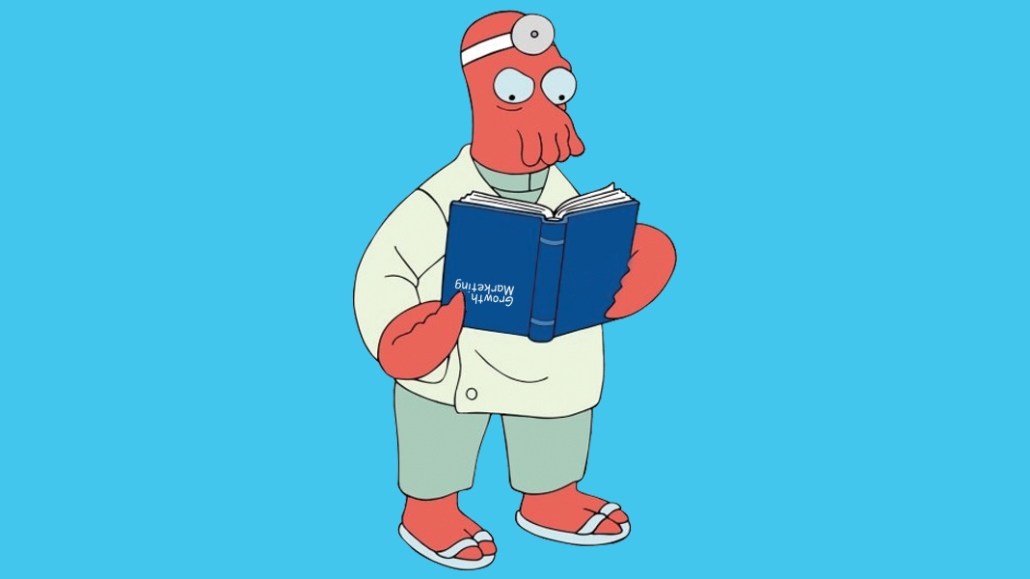 Over the last four years, the rate of U.S. advertising growth has been in the mid-single digits. And 2019 will be no different, according to GroupM, which is projecting U.S. advertising this year to expand 6.2%, to $244 billion.

While GroupM has estimated that U.S. advertising will also grow in 2020, it pegs that rate at just 4%.

“The underlying economy, while OK, isn’t that strong,” said Brian Wieser, GroupM’s global president of business intelligence. “That is one factor impacting 2018 and 2019. In 2020, there’s no reason to believe that phenomenon goes away. It might slow [growth] a little.”

In recent years, digital companies’ increased spending has helped boost the overall outlay on advertising, but GroupM’s latest report expects this to taper off somewhat, without January’s implementation of the California Consumer Privacy Act having a significant impact. But it’s unclear how much digital spending GroupM expects to go the duopoly or Amazon, as its report does not break out statistics for specific online platforms. In general, advertising on traditional mediums is projected to decline (with TV especially taking a hit), even as the share of out-of-home advertising is expected to grow.

‘Anomalous’ growth rates
Increased spending on digital advertising has bolstered growth rates in recent years. And digital companies like Facebook, Amazon, Netflix, Alphabet, eBay, IAC, Uber and Booking.com will likely be responsible for $30 billion in advertising spending in 2019, according to GroupM. Over the next few years, as the rapid growth of these companies slows, so will their ad spending, GroupM projects.

“Eight companies alone spent $26 billion in advertising in 2018 and probably $30 billion this year and probably the majority [of this] in the U.S.,” Wieser said. “In the next tier, the Chewys, Wayfairs and others [have been] spending hundreds of millions. I believe these are the companies that are driving so much of the growth that we’re seeing and causing these anomalous growth rates.”

GroupM predicts that after 2021 the advertising market’s annual growth rate will likely be about 3%.

“The total pool of available spending doesn’t change much,” he said. “We saw this with GDPR very clearly. A change in the supply of a medium does not meaningfully, if at all, impact the change in demand. The two are not necessarily related at all.”

Political advertising is projected to exceed $10 billion
For 2020, GroupM predicts, the total political spending in the U.S. will range from $16 billion to $20 billion, with 60% of that devoted to media spending. GroupM estimates $9.8 billion alone will be forked out for political advertising. 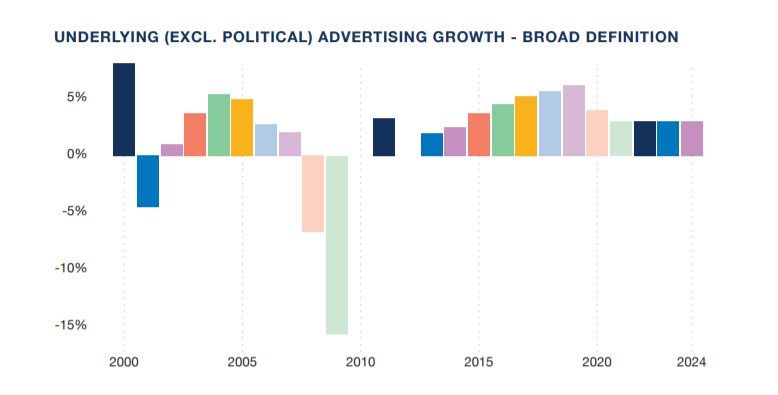 TV spending is declining
For television, 2019’s advertising revenue has declined 7%, to $65 billion. While streaming video services present advertisers “attractive environments” with “enhanced targeting capabilities,” they won’t make up for the ongoing TV budget reductions by advertisers, according to GroupM, which expects the decline to continue. Other traditional mediums like print and radio are unlikely to experience increased advertising next year, according to the report, which forecast radio spending to be flat and print’s share to decline.

A grow spurt out of home
Out-of-home advertising, however, will buck the trend of traditional media’s decline, according to GroupM. OOH levels will reach $8.3 billion this year, an increase of 8%, according to the report. That will occur just as the industry has pushed into digital OOH options and marketers have relied on mediums other than digital ones to catch consumer attention, according to GroupM’s findings. As digital OOH options expand and more programmatic buying opportunities become available, OOH growth will likely continue but at a “more modest 4%-5% growth levels over each of the next five years,” the report predicted. 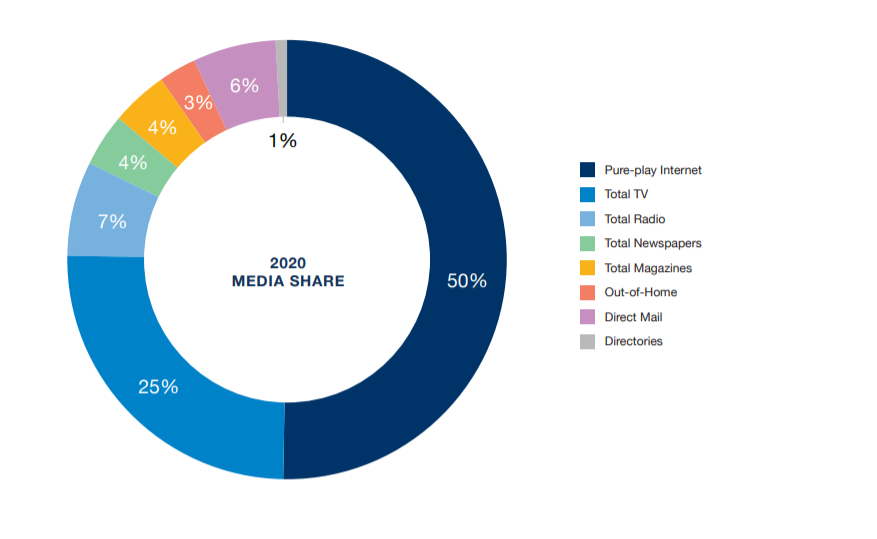