‘Still as scared, hungry, nervous and angry’: Grey’s Vicki Maguire on climbing the ranks as an outsider 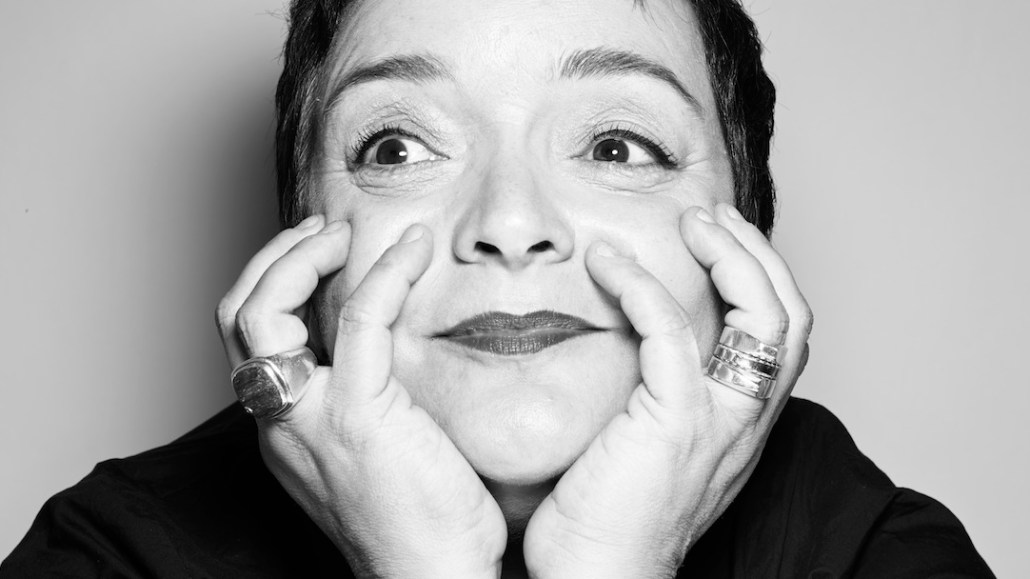 Vicki Maguire has built a career in advertising rallying against what she terms the “pale, male and stale” stereotype. Since joining the industry at age 28, she has worked at over 13 agencies in three different countries, taking no prisoners along the way.  Last month, she became Grey’s co-chief creative officer and, in 2016, the first female chair of advertising-awards body Creative Circle. She also runs a sweet shop in London’s East End. Here, she describes her route to the top. Answers have been edited for length and clarity.

I’m from a working-class family in Leicester. My dad is Irish. He passed on the gift of the gab, so from an early age working in our market stall, I knew the sales patter to bump the price of something up. I didn’t excel in school, but I did have an ear for the way people speak. Ironically, I don’t have O-Level English even though I’m a writer now.

Fashion was my dream career, and I blagged my way onto a fashion degree at Newcastle University. I was shite. I couldn’t draw. Luckily, I met the designer Paul Smith, who told me to write my ideas down instead. Getting jobs was never a problem after I graduated, but I was fired by every major fashion label going. That wasn’t supposed to happen, not to me. It was eye-opening. But the more I was politely asked to leave, the less I feared failure.

I didn’t know advertising was a career until I met some guys at Howell Henry Chaldecott Lury and Partners and saw how much they got paid to sit with their feet on the desk surrounded by great books and toys. Because I’d failed at everything else I was ready to take the plunge into advertising.

My energy and naivety pulled me through the next couple of years. I was willing to work for nothing and live off toast and tea bags. I didn’t realize how different I was at the time as a working-class girl with no background in advertising. In fashion, I’d worked for strong women running their own companies, like Vivienne Westwood. They had their names above the door and took no shit, but I’d ended up in some weird old boys club. If you didn’t speak up you’d easily get pushed into personal hygiene and mummy products.

I love that my CV runs to three pages; I find it entertaining. At one agency, I resigned on a napkin in the middle of a meeting. Good or bad, everything is a story. If you’re open and honest, you can spin anything. Having what I call a fuck-off fund, around three months’ worth of pay in your back pocket, is vital.

The work I’m most proud of was my ad for the British Heart Foundation on hands-only CPR. People think charity is an easy category to do well in, but it’s not. They all have KPIs to deliver as they’re spending other people’s money. I’ve met survivors who have been saved after someone remembered that ad and gave them CPR at 140 BPM singing “Stayin’ Alive.”

My biggest challenge in my career was not compromising my views or personality to fit in with the status quo. I was never going to fit in as a nice bob-haired girl working on hair care. But I can talk you into buying midget gems at the sweet shop I run in the East End, and I can swear with the best of them. It works for some clients, not others. I was very lucky to meet fellow outsiders like Graham Fink, who took me under their wing. You need to find agencies and people who let you be different. Grey is one; Wieden + Kennedy was another.

A good agency is all about the people. I’m 53 this year and not slowing down. I’m still as scared, hungry, nervous and angry as I ever was. If you see different ages, sexes and races embraced, they will value you as a person. Hiring to type does a disservice to the agency, the clients and the industry. We are lagging behind, and it’s embarrassing now.

I’ve been through quite a few changes. People thought copywriting was dead, then digital was the big thing, then we were riding the content storm. But the biggest change is yet to come around culture and storytelling. If your background isn’t diverse, the story you tell will be one flavor. If I sold one brand of sweets at my shop, I wouldn’t get people in.