The good, the bland and the ugly of government social media 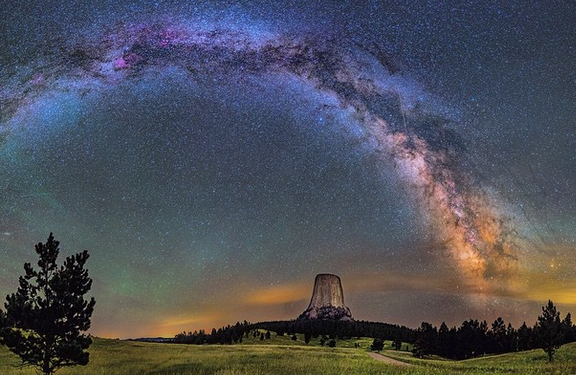 As with anyone else with a public profile of some kind, it’s become imperative for federal agencies to have a presence on social media. For Uncle Sam, at least, it’s much more cost effective to communicate with citizens or answer questions than to set up call centers or draft email responses.

A J.D. Power survey earlier this year found that about 14 percent of Americans now use social media to find information about a federal government agency, while 30 percent of them use it to ask a question. Agencies on social platforms have a tough balancing act to master, though. They have to choose between being entertaining or simply informative. Try to do both, and you run the risk of coming across as having a split personality.

“A constituent or citizen does not necessarily expect a fun and entertaining IRS,” said Greg Truex, practice lead in the government practice at J.D. Power and Associates. “But NASA, Veteran’s Affairs, Armed Services, they utilize a fun entertainment value. It provides a level of engagement that isn’t based off policy.”

“Any organization looking to start a social media presence should think hard about how that presence will help them fulfill their mission,” said Laura Olin, who ran social media strategy for the Obama 2012 campaign. “The thinking here should be more than someone senior in the organization saying, ‘We should get on Twitter.’ Given their limited resources, government agencies should be particularly mindful of whether a Twitter account will actually serve the public and help further their specific mission.”

It is crucial, Olin said, that if an agency does get on social media, it needs to pass the “Is this lame?” test. “They’re not under pressure to sell anything, so they should be able to walk the line of being interesting and informative without descending into brand-style inanity and trying-too-hard-ism.”

With that in mind, here then is the good, the bland and the ugly of federal agencies on social media.

The TSA
This is how social media should be done. The TSA’s Instagram feed has more than 170,000 followers, mostly because of its rigorous documentation of the assorted weaponry the agency confiscates from passengers. Followers are treated to chilling snapshots of knives hidden in boots, a grenade-shaped e-cig, a replica of a mine and more scary things people have actually tried to bring on flights (including an alarming number of loaded guns).

On Twitter, the agency alternates between stats — such as how many firearms were discovered this year (1,855, a record)  — and more official communication from the TSA, which is not on Facebook. Full points for a focused presence that is actually useful — don’t bring boot knives onto a plane, ladies and gentleman — while also being extremely entertaining.

#TSACatch – These boot knives were discovered at the #Tallahassee (#TLH) Regional Airport. All knives are prohibited in carry-on bags.

NASA
One of the most followed government accounts is @NASA, the space agency’s Twitter handle, which boasts nearly 8 million followers. It’s easy to see why: stunning photos of Earth from space, close-ups of Jupiter’s Great Red Spot and more otherworldly images abound.

The J.D. Power survey found that NASA was the only agency that performed well in both types of user interactions — marketing and servicing. Molly Washam, social media strategist at Blue State Digital, is a huge fan of @NASA and the agency’s Instagram. “They teach complex topics and narrow a knowledge gap between people who may feel out of reach,” she said.

An active region on the sun emitted a mid-level solar flare, peaking at 4:47 a.m. EST on Nov. 5, 2014. This is the second mid-level flare from the same active region, labeled AR 12205, which rotated over the left limb of the sun on Nov. 3. The image was captured by NASA’s Solar Dynamics Observatory (SDO) in extreme ultraviolet light that was colorized in red and gold. Solar flares are powerful bursts of radiation. Harmful radiation from a flare cannot pass through Earth’s atmosphere to physically affect humans on the ground, however — when intense enough — they can disturb the atmosphere in the layer where GPS and communications signals travel. This flare is classified as an M7.9-class flare. M-class flares are a tenth the size of the most intense flares, the X-class flares. The number provides more information about its strength. An M2 is twice as intense as an M1, an M3 is three times as intense, etc. Image Credit: NASA/SDO #SDO #SolarFlare #Sun #Solar #nasa #space Uma foto publicada por NASA (@nasa) on Nov 11, 2014 at 8:47 PST

Department of the Interior
Surprisingly, this bland-sounding agency is home to one of the best Instagram by a federal department. The DOI’s photo stream, charged with protecting America’s outdoors, features stunning pictures of national monuments, adorable baby animals and pictures taken by rangers and other park visitors. The account has 369,000 followers.

Your daily dose of cute: A five-week old southern sea otter pup. This orphaned pup was rescued by Monterey Bay Aquarium and now calls @shedd_aquarium in Chicago home. Listed as an threatened species, southern sea otters live in the nearshore waters along the mainland coastline of California and are among the smallest of marine mammals. Follow @usfws to learn more about ongoing conservation efforts to ensure these beautiful creatures remain a part of our marine environment. Photo courtesy of Brenna Hernandez, Shedd Aquarium. A photo posted by U.S. Department of the Interior (@usinterior) on Nov 11, 2014 at 2:37pm PST

The White House
It’s not an agency per se, but J.D. Power included the White House in its survey, noting that it’s the “most contacted” government body. No points for out-of-the-box content, but the White House Twitter feed does the basics quite well, with information about health plans, the president’s stance on carbon pollution and net neutrality and occasional retweets of other news sites like Vox, Mashable or Gizmodo when something big is being covered. The problem is, the basics aren’t enough, and constantly pushing its agenda makes the WH come off as bland. “The agenda is too much,” said Washam. Washam points out that there will be occasional flashes of brilliance, such as when the WH tweeted out a day in the life of a staffer at 1600 Pennsylvania, but overall, it tends to be inconsistent.

The FBI
This agency’s Twitter page is like playing cops and robbers in real life. The agency regularly posts Most Wanted criminals’ photos, tells followers how to avoid scary sounding crimes like “virtual kidnappings” and asks for help in identifying persons of interest. The agency only has about a million followers, though. Olin said it’s “arguably useful” but not “overly impressive.”

A few minutes could save a #life. Please help the #FBI find these #missing persons. https://t.co/iqw3sqDm8c pic.twitter.com/COzqEb9QpP

The CIA
To celebrate its first month on Twitter, one of the world’s most sophisticated intelligence agencies decided to tweet at Ellen DeGeneres and talk about Tupac. It was the lighter side of this federal body, but it didn’t make much sense. “I find the CIA account embarrassing and pointless,” said Olin.

“Their mission is to be the ‘Nation’s first line of defense,’ and they somehow interpret that to mean tweeting two-years-past-relevance ‘Argo’ debunkings and pretty tasteless jokes about Tupac murder conspiracies. I don’t see how their presence furthers their mission or would make anyone feel more confident about their national security. And the point of the CIA isn’t to be beloved or chummy with the public or get 700,000 Twitter followers. It’s to protect us. They should stick to that.”

On Facebook, the CIA essentially mirrors its Twitter content. “They need to be a little more transparent,” said Washam. “On the whole, people react positively to what they do, but their strategy is thinly veiled.”

No, we don’t know where Tupac is. #twitterversary