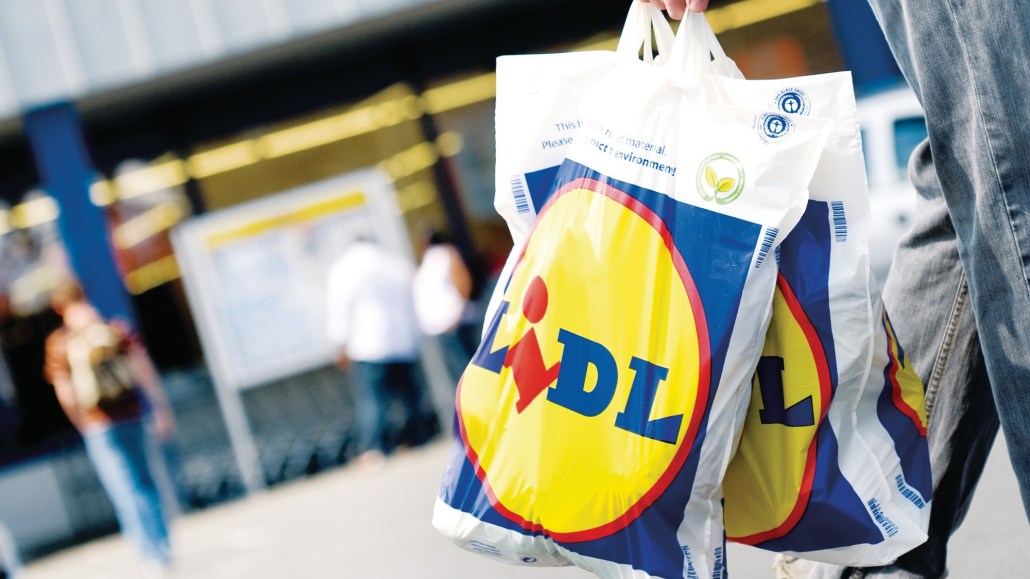 German supermarket Lidl is one of many marketers looking to simplify its digital ad buying — and get more control over it.

Lidl recently consolidated with Adobe’s demand-side platform to be able to buy, serve and track ads via the DSP, essentially giving it ownership of data that would otherwise be tangled up in ad-serving contracts. Aside from display and video, social media transactions will be prioritized, as the retailer attempts to align those insights with sales.

While the DSP will only control media Lidl buys in the U.K., other markets could come on board once the retailer has established what it needs to do in digital to drive in-store sales. Programmatic TV would be the most logical move, considering the DSP lets advertisers buy audiences across set-top boxes, over-the-top and cable audiences in the U.S., which could buoy Lidl’s plan to open 100 stores across the East Coast by mid-2018.

Sam Gaunt, Lidl’s head of media in the U.K., spoke last month about the need for digital to become a “level playing field” for the business with “no artificial walls between different digital channels and placements.”

The reason for his need for greater transparency is clear in light of the last two years, when the business has consistently outspent its larger rivals. In 2015, the business upped ad spend by 89 percent to £78 million ($99 million), while the four biggest supermarkets — Tesco, Asda, Sainsbury’s and Morrisons — slashed their budgets. At a time when marketers are increasingly expected to show ROI based on data, Lidl can’t risk losing money not knowing what and where it’s buying.

This also helps explain why Lidl insisted on having an independent solution rather than using a company’s ad tech products to purchase that same company’s ad inventory. Gaunt’s fear is that this would put the brand in a position where those companies could pressure his team into buying their inventory, a conflict of interest that would leave Lidl beholden to helping publishers make money.

Setting up a DSP marks the supermarket’s first steps into ad tech. Realistically, no programmatic trading venture is fully in-house, as agencies are typically still consulted in some way, be it to map the media strategy or negotiate deals with the private exchanges of media companies. That’s why Gaunt is working with his agency Starcom MediaVest alongside Adobe on the strategy, particularly with the agency’s econometric and media-planning teams to identify those metrics that matter.

Apart from Asda with its private exchange, supermarkets in the U.K. have kept ad tech at arm’s length, opting to rely primarily on the scale of TV. However, there are signs of change, with Tesco and Sainsbury’s hiring a chief media officer and a new media agency, respectively, to recalibrate their strategies.