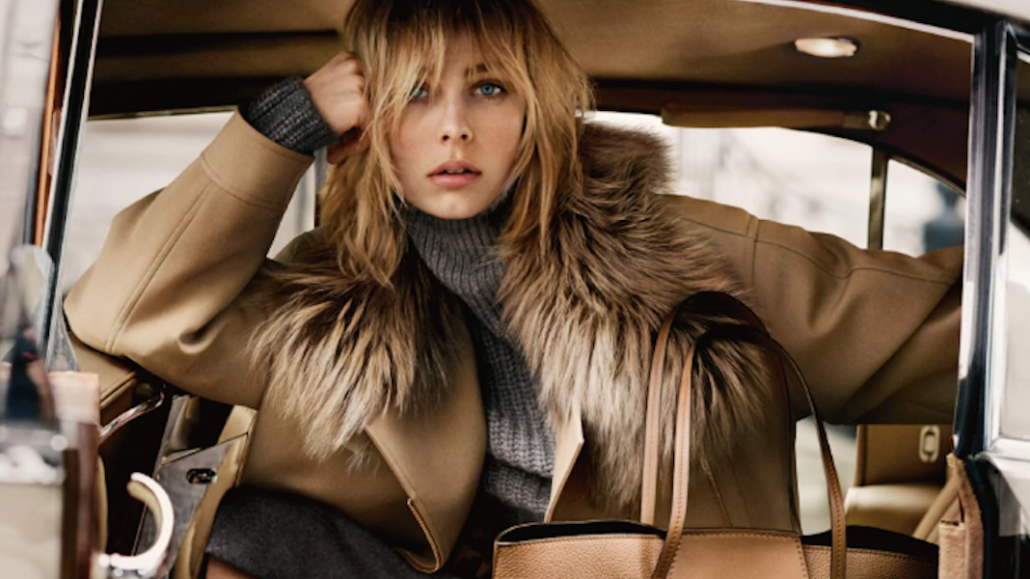 Grand restructuring plans captured by optimistic tag lines have become commonplace for luxury brands that have struggled to swiftly adapt to a changing consumer and retail landscape. In this series, we’ll break down the promises and analyze the progress of the different brands’ master plans to get back on track.

Michael Kors recognized it desperately needed to turn the ship around if it was going to remain afloat, let alone a viable luxury competitor.

In May, Michael Kors announced its Runway 2020 plan, a multi-part revitalization strategy designed to restore the brand’s diminishing luxury cachet. The plan came following several quarters of slumping sales and brand dilution, resulting from heavy department store discounting. One of the brand’s first tasks was to reduce the amount of product it held within mall brand retailers like Macy’s, while also excluding itself from coupons and annual sales. Shortly after, Michael Kors announced it would close 125 stores in an attempt to downsize and also improve the in-store experience at its premier locations.

“Prior to its restructure, Michael Kors was suffering the same affliction as Coach: loss of exclusively. Far too many products and sales promotions caused the company to become all too common, resulting in brand erosion and a major decrease in profits,” said Maddison Tailor, marketing director at digital agency Ansira.

Michael Kors has been late to the rejuvenation game, compared to competitors like Coach, which began its overhaul in 2014. Seeing the success of Coach, the company has since adopted several of its efforts, including focusing on strategic acquisitions. Shortly after Coach acquired Kate Spade, Michael Kors purchased Jimmy Choo, a move that will allow Michael Kors to greatly diversify its product portfolio while regaining luxury clout.

These changing policies are meant to create a framework for financial growth in 2018, Michael Kors CEO John Idol has continued to tell inventors. The brand reported modest growth in the second quarter of this year, impressing investors with a narrowing gap of decreasing sales: Same-store sales fell 5.9 percent, beating the expected 8.9 percent, and total revenue decreased to $952.4 million, compared to industry estimates of $918.6 million.

“While this is not exactly a glittering set of results from Michael Kors, the numbers are something of a step forward, compared to last quarter’s incredibly dismal performance,” wrote Neil Saunders, managing director of research firm GlobalData Retail, following the second quarter sales report. “That said, it is clear that the group still has an incredible amount of work to do in rebuilding the brand and reconnecting with customers.”

Here’s a look at where Michael Kors is both succeeding and missing the mark thus far, according to its Runway 2020 plan.

Promise 1: Diversify products while cutting down on inventory
Michael Kors has long been synonymous with handbags. The category currently represents 70 percent of the company’s overall sales. As part of Runway 2020, the brand hopes to bring that number to 62 percent by lowering wholesale distribution and increasing the number of products in other categories. It is also adding limited-edition items at higher price points, an effort to cultivate a sense of scarcity, and thus exclusivity — a core component of the luxury market. (For example, for fall, the brand launched a collection of handbags that retail for upward of $1,900, significantly higher than the average Michael Kors bag price tag of around $300.)

The notion of scarcity will also be bolstered through the Runway 2020 initiative of delivering 40 percent less product, while simultaneously increasing new styles by up to 70 percent in areas where the brand is focused on expanding. In order to forge an identity that transcends handbags, Michael Kors is growing its menswear, ready-to-wear and footwear categories — the latter of which the Jimmy Choo acquisition will greatly serve. Menswear will be a major focus for Michael Kors over the next few years. According to retail analytics firm Edited, menswear is expected to grow more rapidly than womenswear in the next three years, and is estimated to be valued at $33 billion by 2020.

Thus far, sales for seasonal collections have increased from 20 percent of overall sales for the spring 2017 collection to 37 percent for fall 2017, as reported by Fung Global Retail and Tech. This showed the company is experiencing success in diversification and new products.

Promise 2: Scale back on brick-and-mortar stores and shift to e-commerce, with the help of social media
In addition to shuttering 125 stores, Michael Kors is focused on renovating 100 premier locations and enhancing its flagship stores with a focus on digital integrations. This is one of the longer-term components of the Runway 2020 plan, as the closures will take place over the next two years. When all is said and done, it’s estimated to save $60 million a year.

Downsizing brick-and-mortar also means putting more effort into e-commerce and online sales. Despite a tendency among other luxury brands to avoid Amazon, Michael Kors has not shied away from the e-commerce juggernaut, offering a number of handbags and accessories on the site. Additionally, social media continues to help with sales for the brand: It has taken advantage of Instagram’s shopping feature, which links images to product pages on the Michael Kors site. (It helps that the brand has increased its social media follower base by 25 percent since 2016, up to a combined 36 million, according to Fung Global Retail and Tech. It remains one of the top ten luxury brands on Instagram.)

Michael Kors’s success on social has also helped inform its customer loyalty programs, thanks to insights gained through engagement. It is expected to launch KorsVIP this month, a personal stylist app that will connect top shoppers with brand employees for personalized consultations. KorsVIP will also provide VIP consumers with exclusive services and rewards.

Promise 3: Experiment with smartwatches and wearable technology
Michael Kors closed out its New York Fashion Week show this September with a celebration of two new models in its Access smartwatch collection, part of a new collaboration that integrates Google Assistant voice-activated technology. The watch includes a My Social app, which allows consumers to use photos from their Facebook and Instagram accounts as custom watch faces.

While the brand is showing a concerted effort to test new technology, it’s unclear whether these watches will have much of an impact in the long run. Several luxury brands also offer smartwatches, and while the Michael Kors variety has a more accessible price point of around $300 — compared to, say, the Louis Vuitton Tambour Horizon, which retails for close to $3,000 — the demand for smartwatches is still inconclusive. Apple Watch sales went up 50 percent this year, after a significant decline following its launch in 2015. That prompted traditional watch company Fossil, among others, to experiment with the smartwatches. (Fossil announced its foray into wearables in January.) The increasingly crowded space makes it difficult to anticipate if Michael Kors can use the watch to gain an edge over other brands.