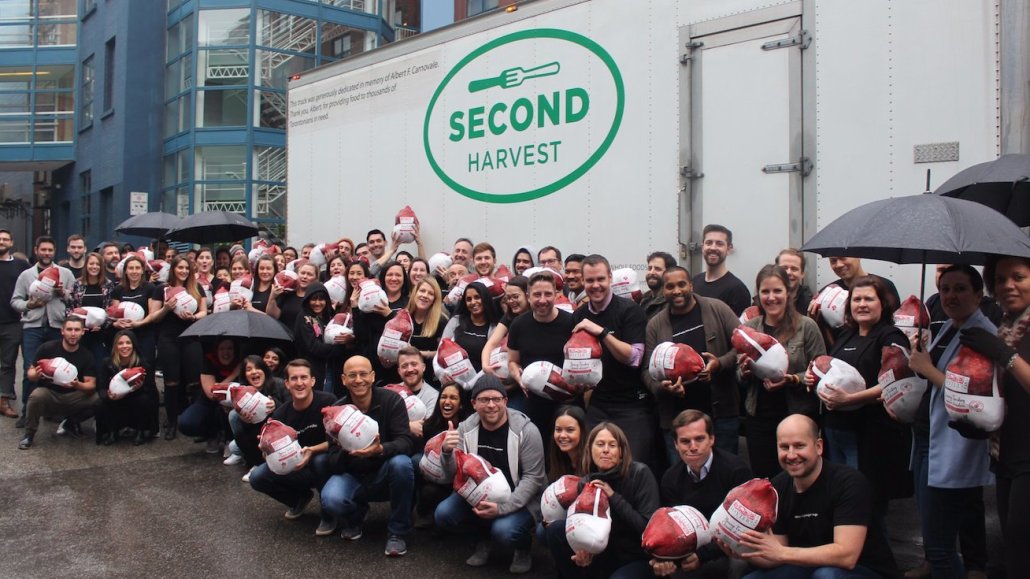 For years, agencies have competed to one-up each other with “holiday cards” that often take the form of funny videos or interactive sites. But the novelty has worn off in recent years, as more agencies see the practices as “frivolous,” in the words of Katy Hornaday, executive creative director of digital agency Barkley.

The Kansas City, Missouri-based agency is instead donating its traditional card budget to the local Big Brothers Big Sisters chapter, Barkley’s nonprofit client. The donation is going toward art supplies so kids can make ornaments. The agency will create a video of the kids making their ornaments, and share it with clients through email. The agency would not reveal the exact amount of money it is donating but said the number is in the thousands of dollars.

“Cards or gift baskets are nice,” said Hornaday, “but helping our client share a true creative opportunity with kids in Kansas City seemed to capture the spirit of the season in a much more meaningful way.”

Donating card and gift budgets to charitable causes on their clients’ behalf is a trend many agencies are following this year.

DDB North America is also forgoing the traditional agency card they would normally send to their clients. Instead, the agency plans to divide the cost of their cards into $500 portions, leaving the money in cards next to sleeping homeless people as a random act of kindness in major cities, including New York, Chicago, Toronto, San Francisco and Vancouver, British Columbia. The agency did not disclose how it would communicate this to its clients or how much money it is giving away.

Toronto-based agency Zulu Alpha Kilo is taking a silly approach to charitable giving but is still putting its money where its mouth is. It partnered with Toronto’s First Spice Mixing Company to create Bake & Wake, a caffeinated turkey rub people can buy, and created a 15-minute video of an Australian masseuse massaging a turkey. To go along with that, the agency has donated 150 turkeys, totaling $3,251, to Second Harvest, a food rescue organization in Canada.

In a year filled with sexual harassment allegations and natural disasters, agencies want to show they are helping in some way.

Cleveland-based agency Marcus Thomas is making donations of an undisclosed sum in their clients’ names to no-kill shelters acting as a safe haven for dogs displaced by the hurricanes in Texas and Florida. Each client will receive a photo of a dog that is benefiting. “Given the recent disasters that have impacted so many, we wanted to help,” said Jamie Venorsky, partner and executive creative director at Marcus Thomas.

Instead of a holiday card, digital agency Crowdtap will make a donation to a women-centric organization on its clients’ behalf. The agency is asking its clients to vote on which foundation the money should go to, such as Planned Parenthood or Susan G. Komen. Crowdtap would not disclose the donation amount, just that it would be “generous.”