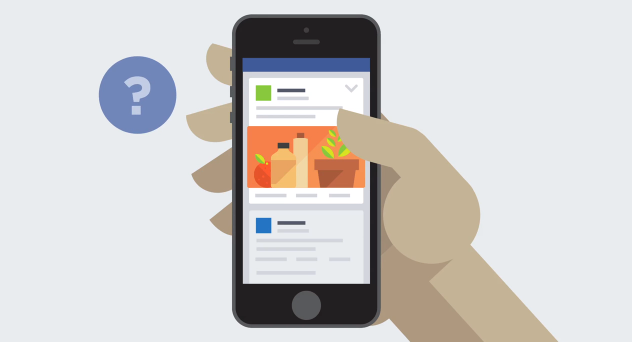 Facebook, a company not necessarily known for transparency regarding data privacy issues, announced on Thursday it was giving users more insight to and control over how their personal information is used by advertisers. But also included in that announcement were details of how Facebook was increasing interest-based targeting capabilities.

That is, Facebook simultaneously made its ad targeting capabilities more robust, yet easier for users to opt-out of.

Agency executives welcomed the move for being both pro-consumer and as way for brands to waste less time and money advertising to consumers whose interests were incorrectly marked.

“If Facebook can educate consumers more about advertising, consumers are going to be in a far better position to reward good advertising and object to bad advertising,” David Berkowitz, CMO of digital agency MRY, said.

“If you don’t want to hear about my brand, I have a bigger issue than advertising, and an ad on Facebook won’t overcome that,” he said. “Perhaps some users will use these ad preferences and I won’t reach them and maybe that’s a good thing.”

Every ad in a user’s news feed will now come adorned with a drop down menu allowing users to give feedback — such as liking the advertiser’s Facebook page in order to receive more messages from them, or opting out of receiving ads from that company entirely.

The drop down menu will also feature an “About this Ad” tab marked with the Digital Advertising Alliance’s (DAA) blue AdChoices icon. The tab leads users to a separate page which explains to them why they received that particular ad, and to opt out of the targeting practices used to serve it to them.

The “Why am I seeing this?” option will send users to a page showing them the interest the advertiser used to serve them that ad. If a user selects the “Why am I seeing this?” option on a World Cup-related ad from Nike, for instance, she might see that Nike served her that ad because she had expressed an interest in soccer. From that page she can customize which interests she’d like to be used for ad targeting purposes.

Opting out of soccer would not make her completely ineligible for Nike’s World Cup ad, however. If Nike decided to target a broad demographic that included her, she could see that same ad again, albeit based on different ad targeting criteria.

It’s the first time Facebook has honored the DAA’s suggested opt-out practices for platforms, and the changes will be rolled out within the U.S. over the next several weeks.

Facebook users who visited the site on Thursday received a notification from Facebook itself informing them of the change via this blog post. But included in that blog post was the announcement that Facebook is also going to be expanding its ad targeting capabilities for advertisers.

The message then, seems a way for Facebook to try to head off any criticism over what it does with user data. The company has come under fire from consumers and online privacy advocates in the past for being too cavalier with its users’ data.

“They’re definitely getting out in front of privacy and communications better than they have in the past,” Jason Stein, president of social media agency Laundry Service, said.

Stein added that the new targeting capabilities will also be a major benefit to Facebook and performance-driven ad partners.

“Being able to target users based on activity off Facebook, in other apps and on websites, is very valuable, especially to direct response advertisers,” he said.

Facebook says it is not collecting more data on its users. Rather, it’s expanding the use of existing ad tracking capabilities. Previously, Facebook’s conversion pixel and remarketing pixel were only available for advertisers to measure and target their own campaigns. The conversion pixel tracked whether a Facebook ad resulted in a conversion on a different site, and the remarketing pixel allowed companies to retarget people who visited their websites when they were on Facebook.

The change turns that first party data into aggregated third party data, according to Stein, allowing advertisers a fuller picture into Facebook users’ browsing histories. Pampers, for instance, can now retarget people who visited Gerber’s website, whereas previously Pampers could only retarget visitors to its own site.

The pinpointed nature of this targeting pits Facebook against Google, which seems a departure from Facebook’s “social advertising” ptich, according to Fahad Khan, CEO at One Public, a Facebook preferred marketing developer.

“Facebook has found, the hard way, that there is no better way to mint ad-dollars than Google’s way, which is to use all of user data to make ad targeting better,” he said. “It is no longer about social advertising, it is now all about targeted display and native ads.”