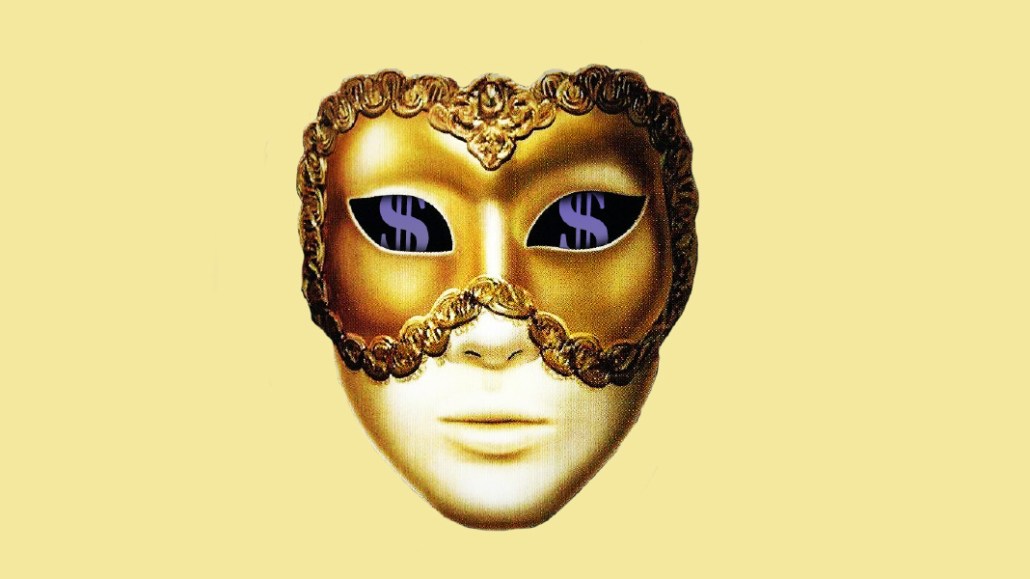 Marketers often play the role of the disappointed parent when it comes to digital media. They see so much potential in it, only to be let down by its recurring issues of fraud, lack of transparency and bad ads.

Now, more than ever, it’s become clear that for real change to happen in digital media, marketers will need to take responsibility for their role in creating problems, either through bad incentives or not-so-benign neglect.

Pinching pennies
Marketers’ drive to cut costs starts with their agencies. Clients have driven down agency margins to near zero. It’s no wonder, then, that agencies have taken to new ways to make money by acting as principals in media transactions — and engaging in many practices that skirt the line of their duties as agents. The Association of National Advertisers landmark report laid this bare in pointing the finger to marketers themselves as shouldering a large share of responsibility for many transparency issues in the industry.

For years, the industry buzzed about rebates and kickbacks, whether through bills for fake services or other shady dealings. Agency executives, always under condition of anonymity, place the blame squarely on clients. Yes, agencies may have failed their fiduciary duties, but by chipping away at their fee structures, brands have made them do it.
For years, clients didn’t even bother looking at contracts. A murky supply chain has created a practice of agencies using client money to float operations, and even using it to make extra money. As one agency executive says, “We would put that money in things in an index fund, some low-risk index fund,” he says. “So you make some money off it.”

Metrics matter
Marketers hold disproportionate power in media as the ones who ultimately spend the money. That means what marketers value becomes what all players in media — agencies, media owners, platforms, tech intermediaries — base their businesses around.

From the start, digital marketers have been enamored with the internet’s measurability. But this obsession with measurability came with a downside. Soon, digital media became a giant direct-marketing machine. Publishers were incentivized to drive clicks in ways that were clearly against the interests of their audience — and, arguably, the long-term health of digital media.

“[Brands] created this monster,” says an executive at a major media buying agency. “They made annoying ads profitable.”

The persistent problem of fraud is a direct result of these incentives. If you want clicks, robots are much more reliable than humans. Bots look nice on a spreadsheet. Sometimes the results have been too good to audit.

“We look the other way if it’s shown to a bot, not a person,” says one executive. “Essentially, brands created a simplistic incentive model attached to a very complicated product structure.”

This was on stark display during this spring’s YouTube ad “crisis,” when several big-name marketers were exposed for running ads on YouTube videos of extremist groups. Many of those marketers expressed outrage, putting their Google network spends on hold until they could figure out just what the hell was going on.

“Brands need to know that they can’t touch the hot stove multiple times and say it is the stove’s fault,” says Jon Steinberg, CEO of Cheddar. It’s too complicated to track the ads through all the ad tech and ad networks. And brand advertisers that buy programmatic inventory regularly get burnt, with ads appearing on file share sites or in other unsavory places.

Or, as one top publisher puts it: “The brand issue is that they want more and more efficiency and efficiency for efficiency’s sake without looking at effectiveness and true value. Brand safety and all the other issues we read about every week are all related to the fact that people are trying to do more with less, and, in the end, quality still matters.”