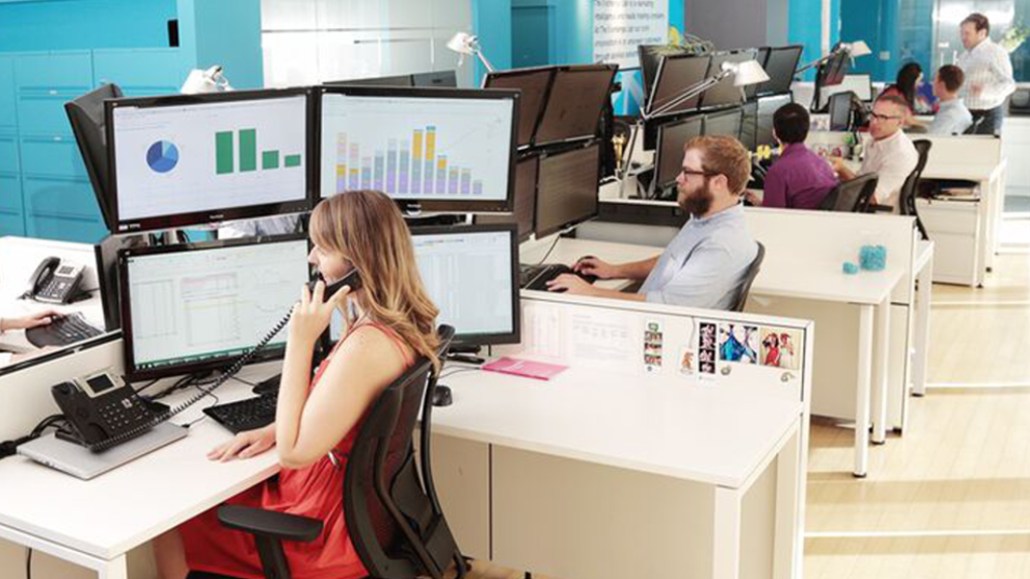 Programmatic advertising is never sexy, but being nestled between glass-paneled business buildings and weathered Romanesque dwellings in London’s Victoria district at least makes things interesting. As ambient music reminiscent of Sigur Ros pumped throughout the common space at London-based The Exchange Lab, Digiday got a look into how the programmatic company tailors its training to fit its prospective buyers.

With programmatic advertising, training isn’t one size fits all. To train 5,000 people in programmatic, Havas relied on online courses and standardized grading systems that placed trainees at one of three levels depending on how they scored. But at about 150 employees, The Exchange Lab is a much smaller operation, which means it can rely on a less formal form of training that provides recruits with hands-on data analysis and mentoring from a senior staffer.

Purchased by WPP in 2015, a major component of The Exchange Lab’s programmatic training involves handing an aspiring programmatic buyer a ton of log data and use it to create a presentation about its most interesting findings, said optimization director Charlotte Still.

“You can see in the discussion if they have their head around the data or not,” Still said.

Another training tactic The Exchange Lab uses is pairing new employees with senior staffers for on-job training. These pairings are customized according to the strengths and deficiencies a candidate displays in their interviews and presentations. For example, a candidate with solid data skills but lack of marketing experience will get paired with someone who has worked with agencies for years.

Vendors also bring new buyers up to speed on how to get the most oomph from particular platforms. For instance, some demand-side platforms rely heavily on algorithms, so DSP reps will come in to The Exchange’s Lab’s sunlight conference room to show buyers how they can use the algorithms to buy more efficiently.

Because The Exchange Lab uses its own proprietary technology to aggregate data across multiple DSPs and ad servers, new buyers have to spend at least a year in operations setting up campaigns (where their setup must be approved by a buyer before it is activated) before they are allowed to execute buys.

“There is no point in letting people play with tools to make changes if they don’t understand the data behind it,” said Tim Webster, co-founder and chief strategy officer.

Although programmatic buyers are ultimately marketers, Webster said that he likes to target STEM degree holders since the job is data intensive. As with any job, hiring people with experience is ideal; however, programmatic agencies are often forced to rely on aptitude as a proxy.

“There is a huge skills shortage in the market,“ Webster said. “People are more important than they were before because the general level of understanding of programmatic in the industry isn’t as high as it needs to be.”

Photo via The Exchange Lab