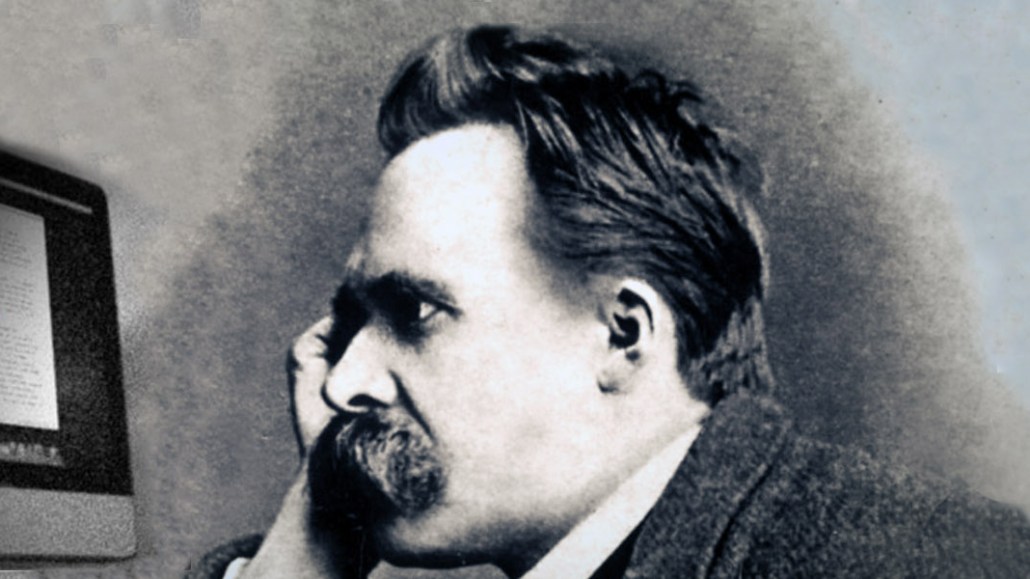 Taglines used to give you real reasons to buy: The One Beer To Have When You’re Having More Than One; Nothing Sucks Like An Electrolux; Let Your Fingers Do The Walking; When It Absolutely Positively Has To Be There Overnight. These taglines didn’t just increase sales, they launched and grew companies. They became part of pop culture.

Today? Nothing. And into this creative vacuum has crawled more meaninglessness: ad “influencers,” sponconners and “branded” Facebook puzzle posts a 1-year-old can solve. 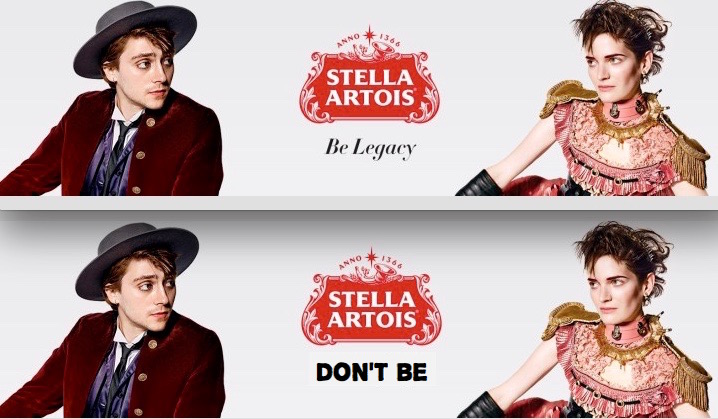 What does “Be Legacy” mean? Aren’t legacies talked about after someone dies? Therefore, Stella’s slogan is, essentially, “Be Dead.” Pretty nihilistic already. Nietzsche believed to do is to be. But then, he went insane from staring too long into the abyss.

Again, this life insurance seller’s motto is already pretty grim, considering the unspoken two words at the end of the line (“to death”). But the NTW believes the above paraphrasing of a Nietzsche quote makes for a more urgent call to action.

“Perfection In Life?” Via a ridiculously expensive instrument that pretends to “measure” time? The NTW posits that perfection in life is when nothing happens. No watch needed, then. (Nihilistic tagline stolen from Thomas Ligotti.)

Impossible is not nothing; it is everything. Athletics is nothing, workouts are nothing, sweat is nothing. You want to wear Adidas while achieving nothingness? Whatever floats your nothing-boat.

It’s been said that “there is only the self, and … the self is always alone.” You want to achieve “harmony”? Don’t answer a hundred questions about your “self.” Just desire nothing, and be nothing.

Open Happiness. That is quite a “something-ism.” Imagine that: bottling happiness. HA HA HA! Is your name “Genie”? Maybe Coca-Cola put your name on some of its plastic bottles. But drinking from or rubbing the sugar water receptacle will not make your wishes come true. Unless, you wish for emptiness. (Nihilistic tagline inspired by Fuminori Nakamura.)

The NTW ends with one of the most successful propaganda campaigns in human history: the diamond engagement ring. What power the ring holds. And as every true nihilist knows, the love of power is the demon of mankind (Nietzsche). We also know that we come from darkness, and it’s where we’re heading.

Have a nice day.

NOTE: The NTW’s sources include this video of 150 Nietzsche quotes and quotes tagged “nihilism” from Goodreads. The NTW used the font “Propaganda” for his taglines.