Industry experts keep insisting that taglines are dead. But every year, taglines keep getting written. Bad taglines. Wanky “hashtaglines” that make for shitty hashtags and even shittier taglines.

The days of taglines actually meaning something (Avis: “We’re No. 2, We Try Harder”; FedEx: “When It Absolutely Positively Has To Be There Overnight”) are mostly gone.

Now, tagline branding is about saying nothing in as few as words as possible. Which is fine — as long as the nothing is memorable and/or (warning: hated buzzword) disruptive.

Nike’s “Just Do It” meant nothing but completely took over the sneaker industry. Apple’s “Think Different” really meant nothing, ignored proper grammar and made the company the biggest computer brand on earth. Those five words conquered two of world’s biggest market categories.

Recently, however, the meaningless two- and three-word taglines have also been both toothless and worthless.

That tagline, though. Look at it. Notice how it just sits there, like a dead thing. Now read it out loud. Notice how your brain doesn’t respond. Driving any road car in 2017 is not “amazing.” Making sweet love in the backseat of a driverless car doing 100 on the Autobahn — that would be amazing. 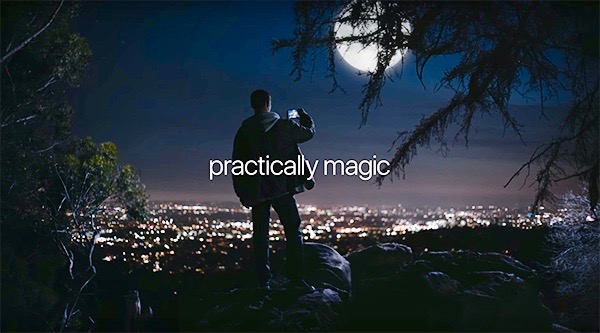 Every new iPhone gets its own tagline. And every single one of them has been arrogant yet idiotic. No, Mr. Cook, the iPhone 7 is not “practically magic.” It’s “practically identical to every other smartphone.” Even if they had just written: “iPhone 7. Magic.” That would have been practically 1000 times better. 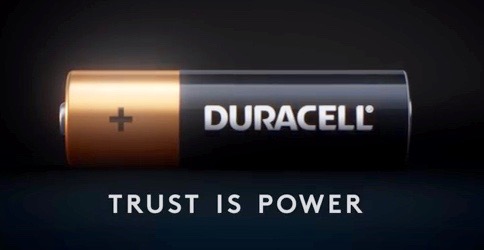 Admittedly, totalitarianism is big these days. Wasn’t this one of Robert Mugabe’s campaign slogans? Here’s what Duracell VP of marketing Ramon Velutini says about the line:

“Trust seems in very short supply today. We wanted to come forward and reassert our position as a power that everyone can trust, every day.” Ease up, Velutini, you’re selling a battery. Do they claim that their batteries last longer? No, they don’t. Trust that. And why do the spots have a funny tone yet aren’t actually funny? WTF, W&K NYC?

Additional current bad meaningless taglines include Coors’ “Climb On.” (Climb on what? Your horse after you drunkenly fall off?) There’s Adidas with “Original Is Never Finished.” The spot has upset some people because it’s “dark.” What should be upsetting people is the hacky use of “My Way” (how “original”—agency: Johannes Leonardo NYC), and that the clunky tagline is a meaningless blurb trying to pose as meaningful. Again, say it out loud: See how stupid it sounds?  That because it’s stupid.

It’s time to get servicey. There’s no secret to the tagline-writing Process, brands and copywriters. You consume as much knowledge about the brand as you can, let it all incubate in your brain, and start writing. At first, you try to make sense. Get a bad, inaccurate thesaurus, like Roget’s, and start connecting words. Connect them in and out of order. Then, leave your senses and write any stupid thought that comes into your mind. Then, get stoned. And keep writing. Use curse words. Write anti-taglines — taglines that make the brand sound like the worst thing ever invented. Write 50, 100, 500 taglines. Eventually, you may get to something that’s pretty good. But you may not. At that point, you’ll want to kill yourself or go back to digging ditches for a living. Or, you can keep writing.

Now, somebody — PLEASE — write a good tagline this year so I can write a positive post, for once.