Who is winning the Ebola marketing wars? 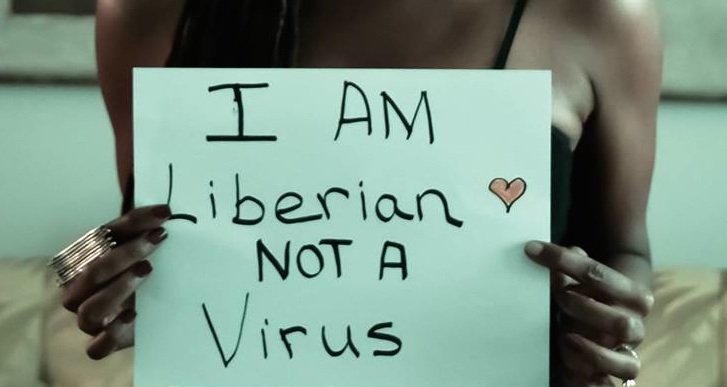 “As the deadly Ebola virus trickles its way through the United States, fighting its disease is no reason to compromise style.” Thus reads the description for “Sexy Ebola Nurse,” a costume that, for $59.99, will let you demonstrate your bad taste and possibly court some bad karma.

It’s a small, albeit tacky salvo fired in the ongoing Ebola marketing wars, where marketers and media are cashing in on the hysteria even as more level-headed people try to calm the public. On its most basic level, Ebola itself is a big marketing challenge. There is the need to inform people about the epidemic and its symptoms on a mass level, while simultaneously only letting true, verifiable facts rise to the surface.

To the latter, Shoanna Clarke Solomon, a Monrovia-based photographer and television host, has launched “I am a Liberian, not a virus,” a campaign for the people of the countries most affected by Ebola — Sierra Leone, Guinea, Nigeria and Liberia — to stand up and fight against stereotypes. “Imagine someone saying to your child: ‘You’re from Liberia, so you have a disease,’” Solomon says in the video. “Remember we’re human beings. I am Liberian, not a virus.”

The video has received 44,000 views on YouTube since Oct. 13. So far, the hashtag has seen almost 7,000 posts relate to these keywords since Oct. 10, according to Crimson Hexagon. As the graph below shows, net sentiment about the hashtags have shifted over time to negative, largely due to perspective on media coverage about Ebola.

“Ebola is a huge branding challenge for the entire continent of Africa,” said Tim Calkins, professor of marketing at the Kellogg School of Management. “The problem here is that it could have an impact beyond the disease.”

The “I am Liberian” campaign, however, might not be the way, said Calkins. “It might even hurt, because it reminds people that Liberia is involved and is the epicenter,” he said. “If I were the brand of Liberia, I would focus on addressing the epidemic, then focus on the positives.”

It’s a common scenario, even in the U.S., where the family of the first patient to be diagnosed here, Thomas Duncan, told the Washington Post that they feel ostracized by the community, even though the CDC has said they’re not sick. In Oregon, a school canceled a planned visit by African students from countries that don’t have a single case of Ebola. In New Jersey, Rwandan students were banned from coming to school for three weeks. In New York, two Senegalese brothers were beaten by classmates who shouted “Ebola” at them at a Bronx School Friday.

“Saturday Night Live,” too, made fun of the mass hysteria that media behemoths like CNN and Fox are in a large part responsible for, via “Fault in Our Stars,” a spoof trailer to the movie where a high school student, played by Sarah Silverman tries to find love despite being diagnosed with Ebola.

Texas Health Presbyterian, the hospital where Duncan was brought, is also a brand in crisis, said Calkins. In an effort to address reports of mismanagement, the hospital worked with “60 Minutes” for a segment on the people Scott Pelley dubbed the “heroes,” the nurses who took care of Duncan.

But those efforts to tamp down the fear pale in comparison to what the big cable networks are doing. Fox was blasted by Miles O’Brien for racially tinged coverage of the disease. CNN, while in the midst of interviewing medical experts about whether the Ebola case was dealt with well in New York, splashed a giant “Ebola in New York: Reason to Worry?” graphic over its coverage. There was even a segment devoted to a video of city cops putting gloves in a rubbish bin on the street that asked if Ebola could be spread that way. (It can’t, and there was no proof the cops were wearing the gloves because of Ebola.)

Number of people in US who have caught Ebola: 5. CNN reporters in US going live about it now: 6. pic.twitter.com/pmJGXSvh0Y

Not all the news on Ebola is negative: Dallas nurse Nina Pham was declared free of the virus last week. So was Amber Vinson, the other nurse who contracted the disease.

But Gallup poll results show that the scaremongering makes for more effective marketing than reality: On Oct. 21, Ebola ranked, for the first time, among the top 10 issues Americans are concerned about. On the same day, American confidence in the government’s ability to handle Ebola had dropped, compared with earlier in the month. USA Today reported that sales of hazardous materials suits and accessories on EbolaSuits.com were already at $8,000, a week after the site launched. Sales of full body suits on Amazon were up 131,000 percent as of Oct. 1.

At the end of the day, Brand Ebola may be too strong to counter. “It’s got high awareness, it’s easy to understand, it’s got a fairy simple story,” said Calkins. “It’s the ice bucket challenge, but bad.”