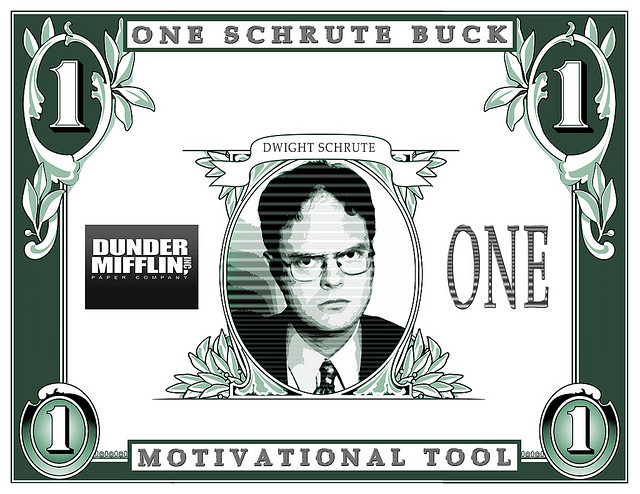 You know the crowdsourcing thing has jumped the shark when even a fictioinal brand  turned real brand is in on the action.

This year, the real-fake brand expanded its product line to include all kinds of office supplies, like sticky notes, legal pads, coffee mugs and tissues. And as part of its expansion and attempt at solidifying itself as a real-deal brand, Dunder Mifflin is opening up a contest to create its Super Bowl ad.

Dunder Miffling is joining brands like  Lincoln and Dorritos that are also crowdsourcing their ads this year, and Dannon, Pepsi and Chevrolet, that all crowdsourced Super Bowl ads last year. Oh and Pepsi is even crowdsourcing the half-time show this year.

Using the crowdsourcing platform Tongal, creatives can pitch their ideas for the change to get their work aired during one of the most hyped advertising events of the year, the Superbowl, and $15,000. So creatives, get your Michael Scott on and good luck.