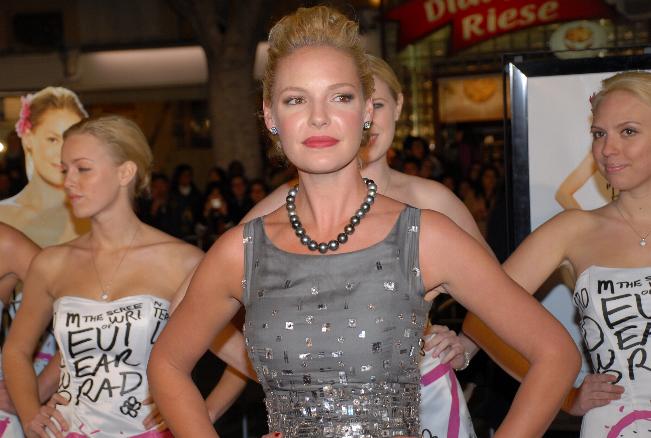 The pharmacy chain is being sued by Katherine Heigl, the “highly successful television and motion picture actress, producer and celebrity,” as she describes herself in the suit, for tweeting out a paparazzi image of her leaving a franchise with Duane Reade bags in her hands. The offending tweet, for which Heigl is demanding $6 million in damages, included the caption “Love a quick #DuaneReade run? Even @KatieHeigl can’t resist shopping #NYC’s favorite drugstore.” 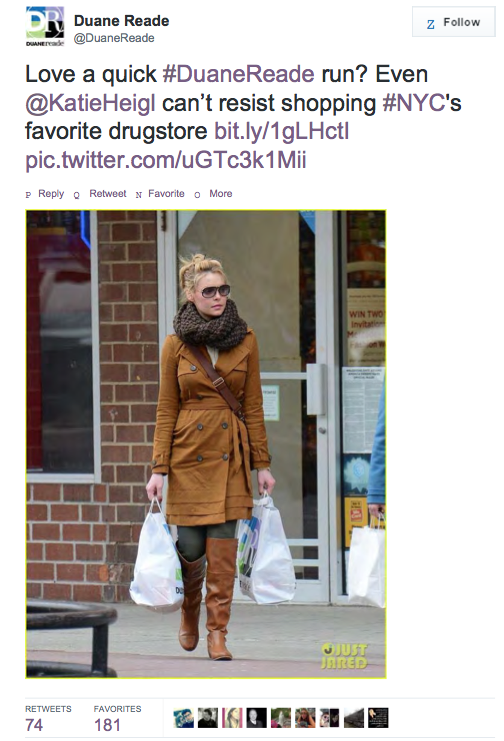 This lawsuit demonstrates why brands need to be extremely careful with their social media output. The employees manning their Twitter feeds have the challenging task of quickly coming up with engaging, on-brand social media content while also staying within the limits of the law — and when it comes to social media, what’s legal and what’s not can get a little murky. The question here is whether the tweet implied a celeb endorsement.

As Jeffrey Greenbaum, manager partner at Frankfurt Kurnit Klein + Selz and global president of the Global Advertising Lawyers Alliance, explained, celebs — like all people — have a “right of publicity,” meaning that in most cases, a company cannot use the name or likeness of a celeb for advertising purposes without permission. If the case goes to trial, the courts will now be forced to consider whether a company’s tweets should be considered advertising.

“Celebrities don’t lose the right to control the use of their identity for advertising purposes just because they’re caught by the paparazzi coming out of a store or holding a branded product,” said Greenbaum. “This lawsuit raises the important question of whether all speech by a brand over social media constitutes advertising.”

If the “27 Dresses” star wins the suit, she says she will donate the money to the Jason Debus Heigl Foundation for animal welfare. Duane Reade hasn’t directly addressed the issue on Twitter, however, the brand did retweet this approved celeb endorsement from Piers Morgan:

“This is one of the early lawsuits,” said Greenbaum. “We can expect that there will be many more that will cause courts to take a serious look at how brands are using social media.”