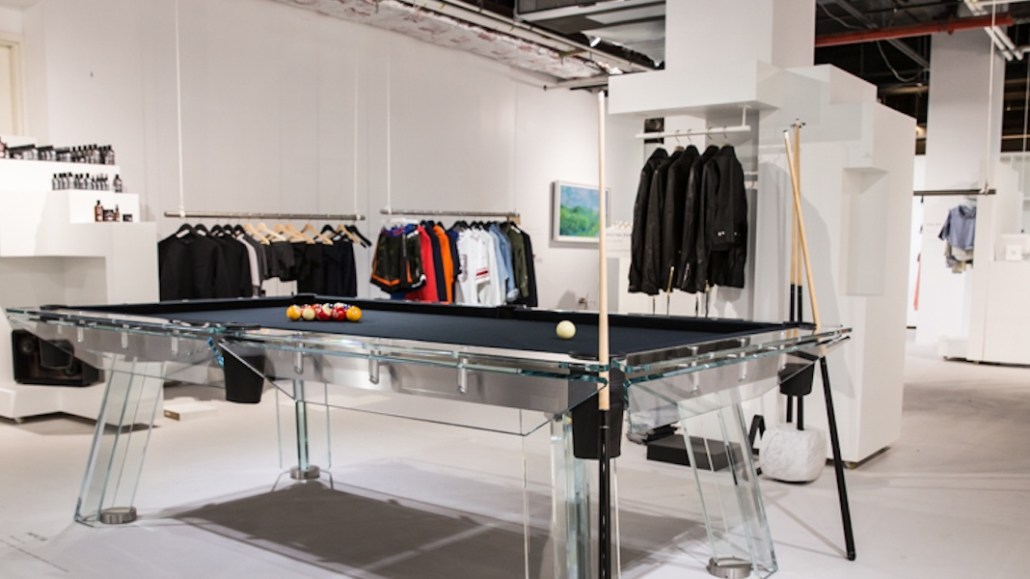 TSX Broadway, a retail and hotel complex set to open in Manhattan’s Times Square in 2021, will be more than just a mall. The 46-story, 550,000-square-foot space will have the capacity to serve 15 million visitors and include 75,000 square feet of experiential retail across 10 stories.

Among the store formats that will be featured will be a direct-to-consumer showcase, a flexible retail space with a curated selection of as-seen-online brands.

“A pop-up suggests it goes away, and a flagship is something that lasts forever — the question is, is there a hybrid of the two in which you have the scale and gravity of the flagships, but the nimbleness of a pop-up,” explained consultant and former Droga5 CEO Andrew Essex, who has been working with L&L Holding Company on the concept for the $2.2 billion SoftBank-backed development. “These players are interested in how to create an experience that’s native to the area.”

In recent years, online brands have realized that a physical storefront is necessary to propel sales growth; according to JLL, U.S. e-commerce retailers will build 850 physical stores in the next five years. As brands face pressure to demonstrate a return on investment from standalone pop-up and permanent stores, multibrand, flexible retail spaces have crept in, offering a pivot toward shared retail spaces that DTC brands have previously shrugged off. The trend has spawned an ecosystem around direct-to-consumer brands, with companies offering space rental solutions, in-store logistics and real estate. All brands have to do is bring product.

Players include Storefront, an Airbnb-type retail rental platform; Bulletin, which carries a selection women-owned businesses that initially grew on Instagram; Re:Store, a soon-to-open mutibrand retail space that doubles as a co-working space for selected “cult-favorite online brands”; and Fourpost, which offers a Shopify-like physical solution for online stores. Meanwhile, WeWork’s WeMrkt offers its DTC tenants opportunities to present products among a selected set of brands on offer at multibrand storefronts across the network of WeWork locations.

Strength in numbers
For young brands, it can be an asset as they try to navigate physical retail for the first time, a strength-in-numbers approach that builds the notion of real-life discovery into online-first retail. But it’s not without risk, particularly dilution of the distinctiveness of a product offering once it’s presented as part of a family of products, and possibility that an as-seen-online physical store amounts to nothing more than an updated take on legacy department stores.

Bulletin, which opened its first storefront in Brooklyn in 2016 and now has three spaces in New York, originally took a broad, “museum-style” approach to the types of brands that co-located in its original storefront, an approach founder Ali Kriegsman said didn’t resonate well with customers. Eventually, Kriegsman and the leadership team came to realize that a curated brand experience organized around a theme was necessary to grow the concept.

The Bulletin team eventually settled on a concept around female-owned brands — products that would resonate with younger, female customers who would support female entrepreneurship. Bulletin generates revenue from a monthly membership fee and a cut of sales and offers brands display space, employees who staff the storefronts, and a platform that monitors sales data. Kriegsman also said Bulletin offers marketing help for companies as well, and the company works with influencers to promote member products.

For nascent brands, value-added services like marketing analytics, inventory management and storefront staffing help these companies test the market without taking on the risk of having to develop a storefront on their own.

“We ease the process by offering a turnkey solution,” said Re:Store founder Selene Cruz. “Finding staff is a big expense, and it’s hard to find the right people to sell your products.”

Re:Store, which is set to launch its first location in San Francisco next year, will also offer members access to co-working space for back-office operations, and real-time sales, traffic and inventory analytics through a proprietary app. Through it, Cruz said, the store will be able to suggest inventory replenishment for popular items.

“You get so much data, but what can you actually do with it?” Cruz said. “We want to offer actionable [recommendations] — for example, this product is a best seller, click on this button to ship 50 more.”

Stores for brand discovery
For e-commerce brands, being part of a carefully selected physical lineup is a core advantage. Men’s lifestyle brand Hims, established a year ago, will be part of Neighborhood Goods, which is a multibrand direct-to-consumer retail location that will launch in Plano, Texas, in November.

“Our business is online, and we love what we’re doing, but this is about approaching the shopping environment in a different way — it’s not about purchases, but it’s much more about building an amazing place for people to come and explore,” said Hims CEO Andrew Dudum.

Dudum speaks to the objective of multibrand physical stores as more of a marketing and brand discovery tool rather than an enabler of hard sales whose success will be measured only by conversions. Given that approach, Dudum said the risk is minimal — multibrand retail spaces let DTC companies test the physical retail market.

However, others argue that multibrand physical activations need to eventually be tied to sales growth. Ryan Babenzien, founder of DTC shoe brand Greats, said his company is open to multibrand storefronts; it currently has three physical locations and is planning to open more next year. But he said there’s a point at which a marketing lift isn’t enough.

“My point of view is that stores need to be profitable — ultimately, this has to happen and this idea of stores as only marketing vehicles has been around for decades,” he said. “There’s marketing value [of physical stores,] but if it doesn’t make money, then it becomes tougher to justify.”

In addition, the biggest advantage to curated multibrand stores could be its greatest risk. Melissa Gonzalez, CEO of the Lionesque Group, said curations need to be done with a level of care.

“There are synergistic benefits [to co-locating], but if it’s not carefully curated, it’s detrimental,” she said. While marketplaces are careful to put together an assortment of products that complement one another, theoretically, a marketplace could simply take the lessons from it and launch its own range of private-label products, much like Amazon and department stores do, she added.

For more impromptu multibrand storefronts — those that get together to launch their own co-branded retail locations — other risks include the ability for multiple brands to get along, co-exist and make sure they act in a complementary — and not competitive — way.

“From an execution point of view, every brand is a human being that has to get along,” said Storefront CEO Mohamed Haouache. Cost-sharing can also be a source of friction among companies that share a physical storefront.

Despite the risks, Essex argues that due to their reliance on e-commerce to grow their customer bases, DTC retailers still have a major opportunity to reshape how physical retail is carried out through multibrand storefronts.

“I think of it as a lovely irony,” he said. “Many of these players disrupted traditional companies  — from bricks to clicks. I would like to see the same types of innovations these brands brought to e-commerce brought to the nature of (physical) retail.”