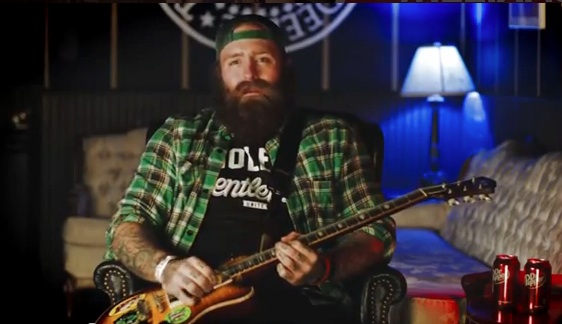 Crowdsourcing has become a popular, easy and cheap way for brands to get people involved.

Dr. Pepper’s “One of One” is asking fans to submit videos of themselves about why they are one of a kind for a chance to appear in a commercial. Dr. Pepper’s slogan is “Always one of a kind,” so the idea of the crowdsourcing campaign is to highlight real people who are unique too.

As part of the campaign, which was created by Deutsch LA, Dr. Pepper has also produced a series of “One of One” videos, featuring the brand’s picks of people who are making a name for themselves and have unique stories, like Misty Copeland, a ballet prodigy, Mikaela Mayer, a model turned Olympic boxing prodigy, and Andy Williams of metal band Every Time I Die. The videos are mini profiles and showcase these people’s talents and personal stories. As far as the brand’s presence in the videos, there are product placement shots, but nothing overly heavy-handed.

The deadline for user-created video submissions is June 19. Dr. Pepper will pick 10 semi-finalists who will then have to do some social media campaigning to gain the public’s votes using personalized hashtags on Twitter. Then the semifinalists will be whittled down to the top five finalists, and finally a grand prize winner will be chosen to star in a “One of One” commercial.

This isn’t the first time Dr. Pepper has used crowdsourcing for a campaign. In 2011 the brand did a crowdsourced art contest to create a Dr. Pepper mural in Williamsburg, Brooklyn.

The key to brands crowdsourcing seems to be making the fans the center of attention, rather than the brand. Like with Pinterest board contests, no one wants to create Pinterest boards that must include certain branded images; similarly with crowdsourcing, no one wants participate in something if it involves being forced to incorporate cheesy branded stuff as the main attraction. Campaigns like “One of One” and like Oxfam’s recent music video crowdsourcing campaign, which invite people to get creative and showcase themselves for a chance to be part of the media, are interesting ways to create enthusiastic brand engagement.