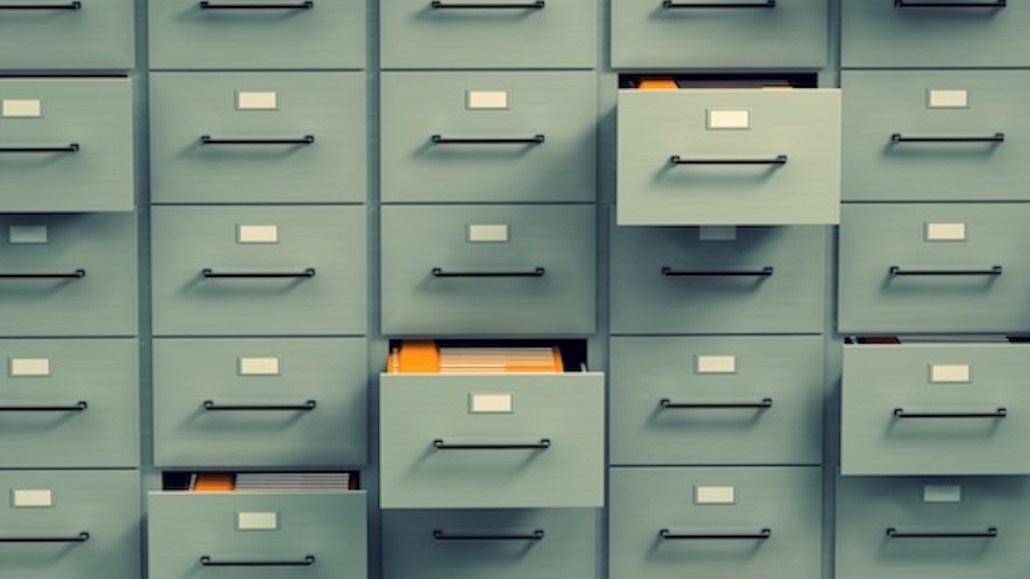 Turns out for all their talk of data-driven marketing, executives at brands are feeling a crisis of confidence when it comes to the data they collect and whether they’re even using it right.

That’s the big takeaway from original research conducted by Digiday in September, when executives from brands joined us in New York for a one-day event to figure out the future of data-driven marketing. While at the event, we asked them about how they felt about their current data driven approaches.

And just like the current credibility crisis facing digital media at large, “data” seems to be stuck in the same place. Most marketers surveyed report that they use data in their approaches, but don’t feel confident that it’s targeting the right people — customers of their brands — or whether it’s doing what it should be doing.

The majority of respondents used both first-party and third-party data in their marketing plans. Some of that explains the confusion many feel when it comes to actually synthesizing that data. 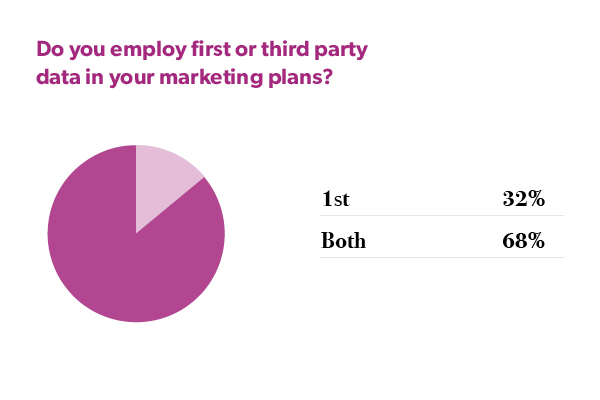 “The big challenge of being a marketer today is the precision of data meeting the emotion of branding,” said Equinox vp of brand marketing Carla Dunham.

It’s telling that over a third of respondents felt they had “moderate” understanding of where their data comes from. Sourcing data consistently remained a top challenge for brands in attendance. One brand executive told Digiday that most of his team knows its collecting a lot of data, but is still in the dark of where it comes from. This executive has pushed to only ask for first-party data since that is more in his control, but said he gets pushback from higher-ups who think more data makes for better marketing. 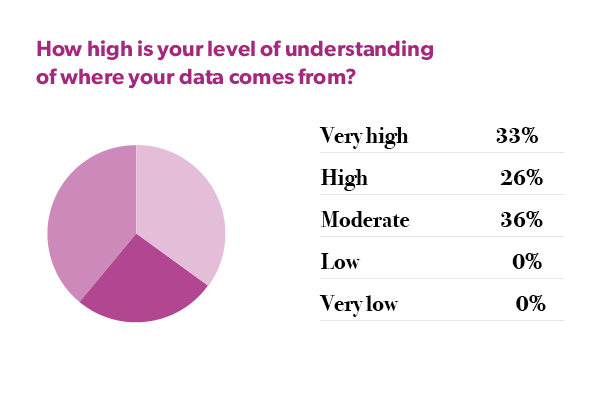 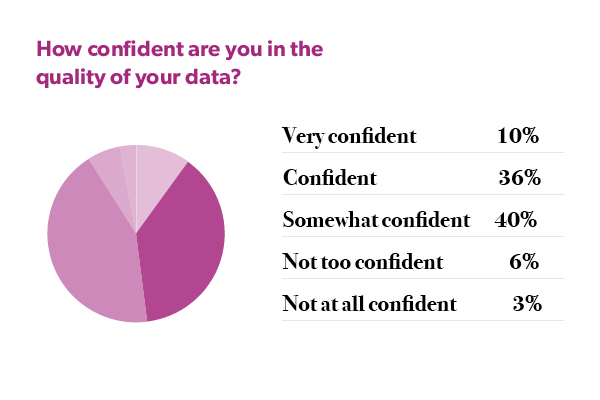 “Find the metrics that matter,” said Doug Busk, the former global group director of digital communications at Coca Cola. “When it comes to metrics for management, keep it simple.”

“Data doesn’t always help good storytelling,” said AmEx global head of content Jeannie Chu. “We have lots of data that say one thing but doesn’t actually make sense when you turn it into an ad.”

Busk also addressed a common challenge among respondents — that management often doesn’t understand the value of the right data. “Pick a metric that the management team understands, don’t create your own,” he suggested. And when it comes to justification, make the data work for you: “Start from what the business goal is and find the metric to match that goal.” 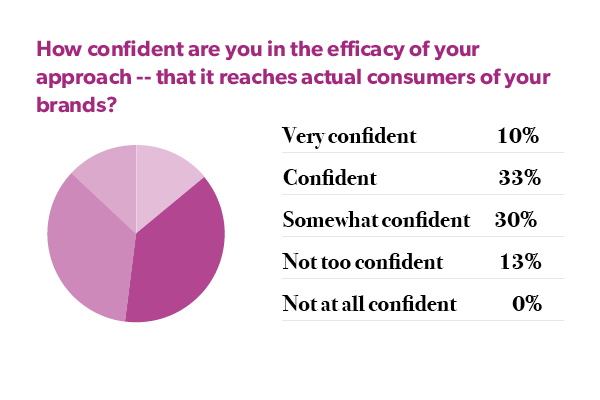 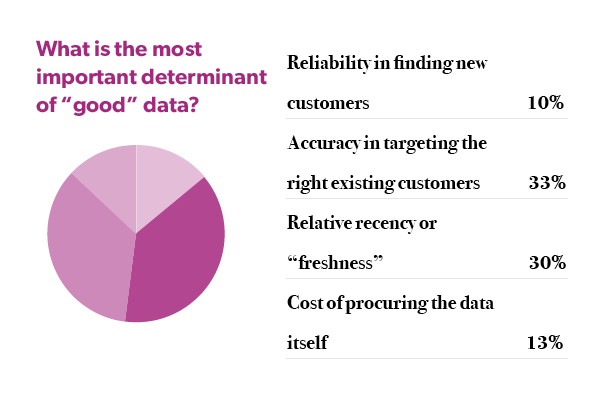 Confidence — or the lack of it — also shows up in how brands feel about whether their data-driven approaches also reach the real consumers of their brand. “I still feel like it’s all a waste,” said one marketer. “I don’t really trust that where I’m spending the money is where my customers even are.” It goes back to a larger crisis of confidence in digital media as a whole.

Chu of AmEx said that a large part of her approach is matching data sources to make sure information is accurate. “Platforms take a lot of power and it has to change,” said Chu.