This month, we gathered together some of the biggest European brands for Digiday’s first Brand Summit in Berlin, Germany.

During the summit, attendees discussed some of their biggest challenges and opportunities for building brands. A few data points:

Brand safety
Brand safety, as one executive told me, is the buzzword of the moment. Half of the surveyed marketers in attendance said they had found their ads in a brand-unsafe context on Google’s display network, with about a third saying they’d also seen in their ads in an unsavory context on Facebook. 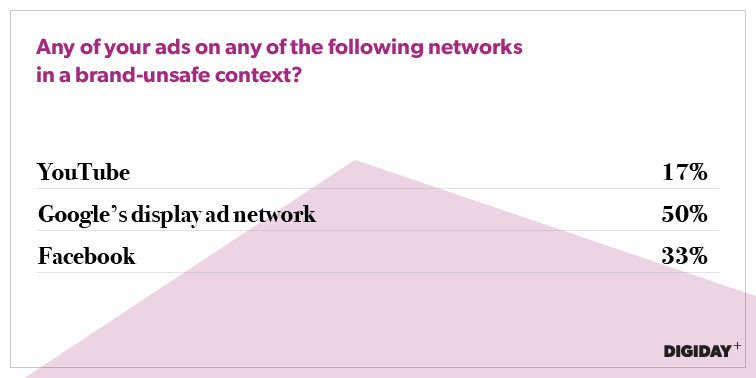 But this doesn’t seem to ruffle too many feathers when it comes to working with Google or Facebook. “Working closely with Google has really been effective for us,” one marketer said. “They’ve been great partners. We’re using scientific tools with Google to measure the effectiveness of our content.”

The issue is that while brand safety may be a concern, marketers, as always, are more obsessed with where they’re getting the most bang for their buck. “I want to make sure I’m getting significant eyeballs, and you can do it most efficiently with Google and Facebook. Until I learn otherwise, that’s where I’ll focus,” said another top brand executive.

That reality is evident: 73 percent of respondents said they hadn’t pulled any advertising from content because of issues. Perhaps more tellingly, it’s other things, like lack of third-party measurement, that is their biggest gripe with platforms — and brands are going to use the current brouhaha to get some leverage on that. 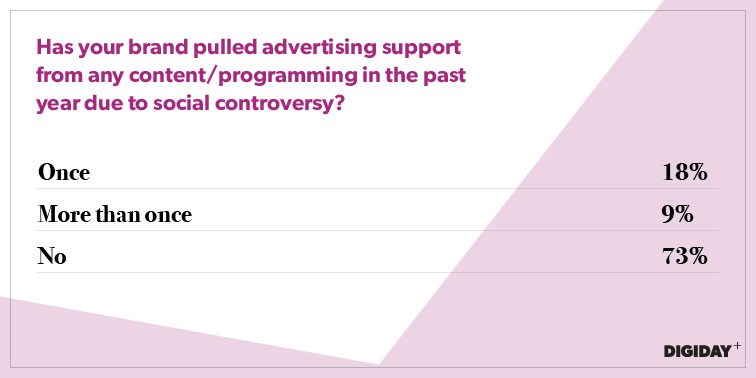 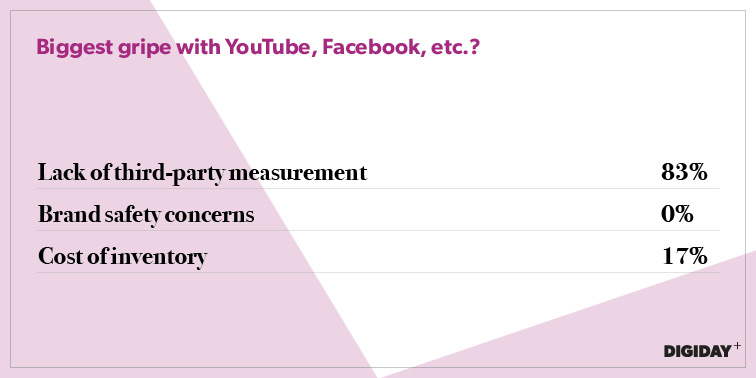 “Influencers are the new banner ads,” said one attendee, bemoaning how commoditized and crowded the use of so-called social stars has gotten. While many brands in attendance were using influencers, the problem seems to be that the sheen has worn off them.

At L’Oréal Paris, for example, general manager Adrien Koskas said he’s using them to make the brand’s advertising more diverse. He’s pro influencers, but said he recognized that it’s very easy to pick the wrong ones, which is why the brand a sourcing team devoted to tracking and finding the latest stars.

For other marketers in attendance, using influencers has also become more trouble than it’s worth. Many reported having to figuratively hold influencers’ hands throughout the entire creative process, then finding that the end product wasn’t what the brand asked for. Some reported that influencers often didn’t respect brand values or stick to guidelines. 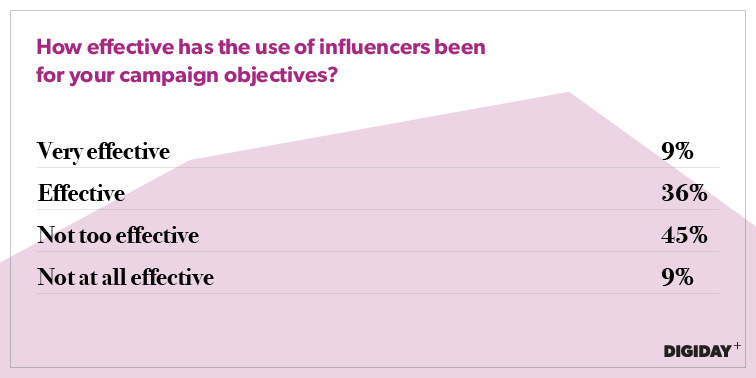 It’s clear the jury is still out on influencers: 45 percent of respondents said using them hasn’t been too effective, while 36 percent said it has. Most of it probably comes down to not knowing how to assess influencers’ value. 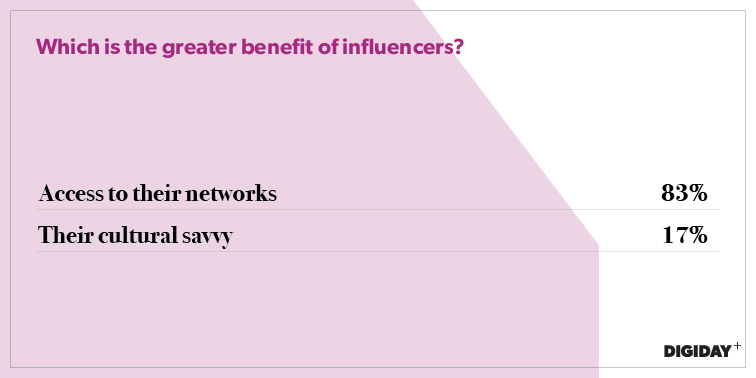 “How can we judge if an influencer is worth being paid for? We were approached by a 17-year-old who wanted 1,000 euros. Is this the right person? How can I judge whether this is something I should do or not do?” asked one marketer.