Get Your ‘Game of Thrones’-Worthy Coat of Arms 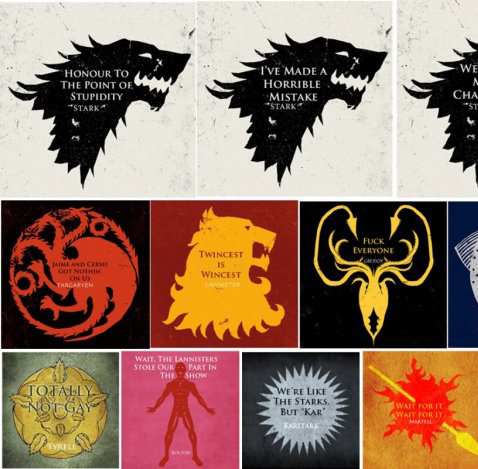 Television has always been social, but the rise in social media platforms allows cable and television networks to engage audiences before, during and after episodes air.

With fervent “Game of Thrones” fans’ excitement over the start of the third season, HBO has released a new website to keep fans talking about the show, even when they’re not watching. Now “Game of Thrones” fans don’t have to pick House of Stark or House of Lannister; they can make their own houses and sigils with the “Join the Realm” site.

Created with the help of Definition 6, the site lets you easily create and share your own house name, saying and emblem. You can choose from a large selection of icons, colors, patterns, frames and backgrounds to fully personalize your family coat of arms. The site is mobile-optimized and will also resize your design in the correct specs for a Facebook cover photo, profile pic, Twitter image, Pinterest, Instagram and other formats.

“When you have a show like ‘Game of Thrones’ that has such a detailed world, viewers want to get as close to that world as possible,” said Sabrina Calouri, vp of social media and performance marketing at HBO. Calouri explained that HBO spent a lot of time debating what icons to include and making sure that the site gave users enough options.

The site was designed with the show’s international fanbase in mind, so it is available in 24 languages. According to HBO, over 650,000 sigils have been created so far, and the site has gotten visitors from nearly 200 countries. Fans clearly are enjoying it because the average time spent on the site is 11 minutes, and 30 percent of users come back a second time.

Check out Digiday’s sigil below. 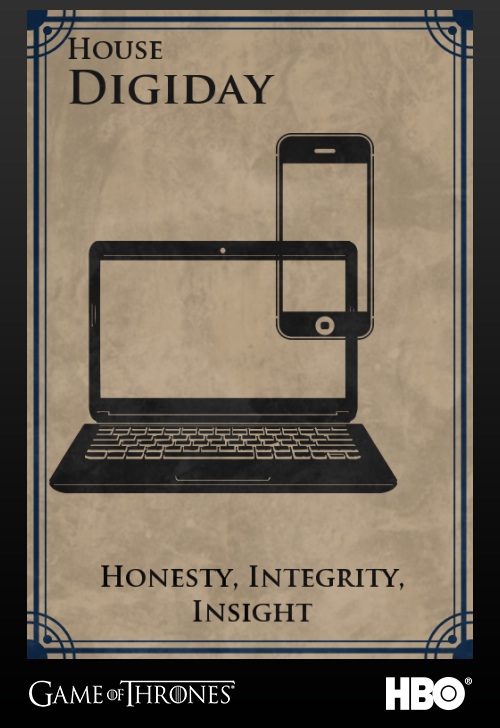