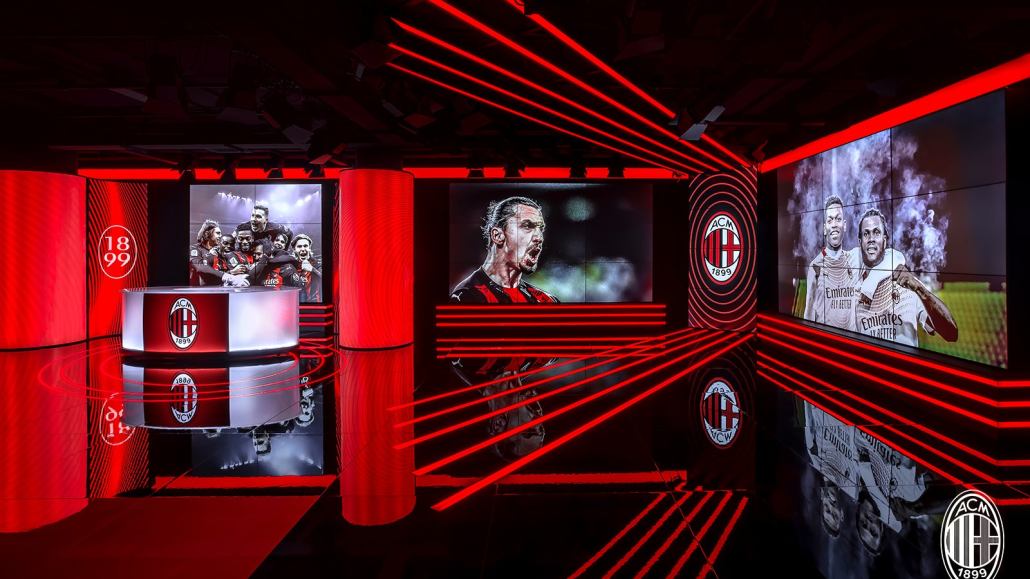 As well as the 15.8 million or so viewers who tune in to watch its matches in Italy, it has been estimated that hundreds of millions of people across the world are now regularly following and watching the club online. In fact, the cumulative online audience for AC Milan is around 500 million, according to Nielsen.

It’s nowhere near the number boasted by Manchester United, which can boast 60 million followers on Instagram alone. Nevertheless, it’s a sizable footprint for a European club bereft of the same commercial clout as the continent’s soccer elite. Moreover, it’s growing. That, of course, generates more hits, which gives the club’s commercial execs more leverage in negotiating with advertisers keen to know how many followers will see their brand, particularly at pivotal moments during the season.

Success drives those moments. Winning its first Series A title in 11 years in May wasn’t just a big deal for the club on the pitch, it was the same off of it too.

“Our primary focus relating to social media is on using our channels to engage with and grow our global audience,” said Casper Stylsvig, chief revenue officer at AC Milan. “Moments like the Scudetto success become big, global, cultural moments that offer an opportunity to reach a much broader audience beyond our core base. We saw this reflected in the reactions of our fans to over 250 watch parties held around the world during this match — fans want to share an incredible moment together and in turn, want to share this content on their channels.”

Here are some of the numbers (albeit provided by the club) that back the point up:

“This high level of fan engagement in turn can be turned into engagement for our sponsors, for whom our channels are reserved for exclusively, and when leveraged in a smart way demonstrates that they can be an authentic part of this conversation,” said Stylsvig.

Fewer places do this better for the club at the moment than TikTok.

In fact, one follower out of four is present only on TikTok, according to the club. So it hired one dedicated person three days a week to produce content for the app. Thanks to this focus, growth in last season was exponential (albeit from a smaller base) compared to other clubs: over 300%, putting the club among the top in Europe.

As it stands, the club has around 7.6 million followers. The most followed club on TikTok is Paris Saint Germain, with more than 23.2 million followers. Big as the gap is between the two follower counts, PSG has been on the app since 2019 — a two-year head start on its rival.

AC Milan’s own progress doesn’t look so bad in comparison. It has a way of attracting followers that seems to work. The tricky part is creating content they will regularly watch. No mean feat given the amount of content on the app.

“You can see this with clubs like AC Milan having 7.5 million followers but an average of 100,000 views per video in the first 24 hours (engagement rate of 1.3%),” said Sam Gormley, founder of digital agency Osaka Labs. “So whilst they have nailed it from a follower count and approached the platform correctly, they will still have to combine paid media and sponsored content to be heard and seen regularly.”

Since it launched on TikTok in 2020, AC Milan’s sponsors have gradually gotten more involved. Indeed, the Club is working with sponsors to create new formats to enhance the visibility of their brand, alongside paid campaigns.

“This strategy of leveraging our commercial relationships to support the club financially and fuel on-pitch success is a core part of our sustainable approach to building a strong AC Milan for the future,” said Stylsvig.

It makes sense then that all this content is produced via an in-house content team — The Studios: Milan Media House which launched last February. In that time, the team has developed a clear point of view on how each platform works in tandem with each other.

“Instagram, for example, thrives on photos and short videos typically linked to pitch events (matchdays, training sessions), in real-time and with a focus on “building up” the events attention,” said Lamberto Siega, digital, media and The Studios director at AC Milan. “YouTube has a followers base very interested in historical content, behind the scenes and in-depth interest on players and their personalities; while TikTok is characterized by contents which are also pitches-based but “colder” because usually temporally distant from the timing of what is shown.”