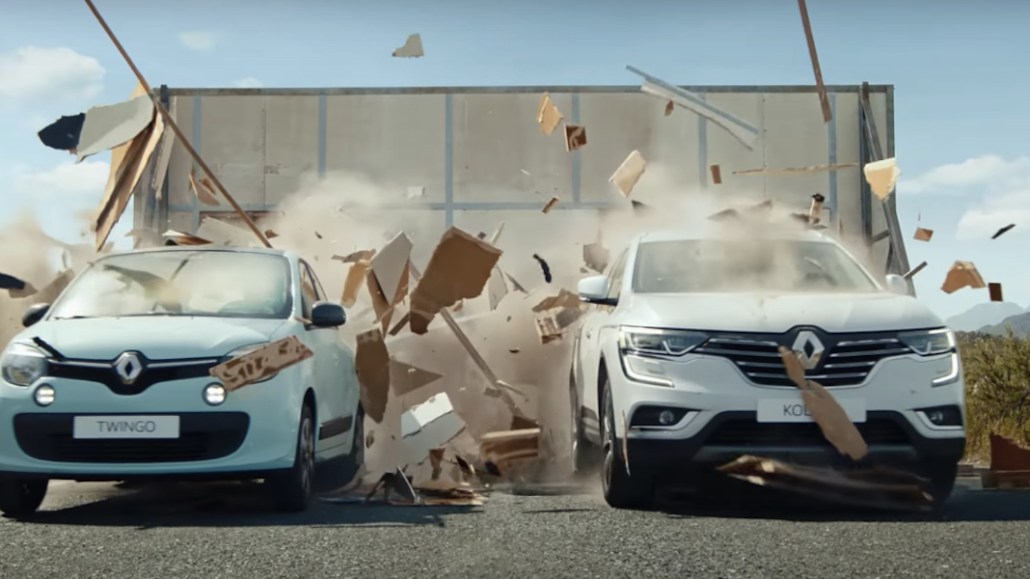 Renault wants to drastically cut waste from its digital advertising and believes programmatic targeting holds the answer. That’s why the French auto maker is doubling its programmatic spend from 30 to 60 percent of its digital media budget this year.

The goal: to use the efficiencies provided by programmatic advertising to free up budget for big, creative branding campaigns, and in doing so recapture what Renault marketing chief Bastien Schupp has previously described as the brand’s “lost soul.”

“We believe new methods with programmatic and addressable media will allow us to be much more targeted and focus our tactical messages,” said Schupp.

Fresh from its brand overhaul in February, Renault is widening its net to reach consumers who aren’t actively looking for a new vehicle. Schupp has a three-year, three-pronged plan that will see those consumers account for 50 percent of its media budget, from 10 percent today.

The first focus is on data. Renault is adding data-management platforms to each of its 127 markets, including France, Spain and India, by 2019, with each team choosing from a select list of vendors to keep things simple. But unlike performance brands such as MoneySupermarket, Renault will not set up its own trading desk. Mainly because programmatic buying is too different to its core business and, like other “manufacturing dinosaurs,” luring top programmatic talent is tough, according to Schupp.

“Young data scientists prefer being downtown in cool agencies and smaller structures,” Schupp said. Plus, change is hard for a 118-year-old company with a heap of legacy systems that vary from market to market.

Renault is also building a so-called data lake — a repository for large swathes of miscellaneous customer data — which it hopes to eventually link with its external marketing insights. Currently, that’s not possible but Schupp is optimistic that there are future opportunities to match the data with Renault’s new data-rich connected cars.

Media is the next focus. Renault wants to reduce the 90 percent of media spend that’s earmarked for active car buyers to 50 percent but keep the same results. This has less to do with technicalities and more to do with culture at the brand. Regional management is used to a certain way of doing things, which doesn’t always involve brand building.

“It’s much easier to hit the end-of-month target by putting a promo on TV rather than trusting something you don’t see, but the right people will,” Schupp said. “Bosses measure in traffic or sales, so putting a big promo on TV will give you immediate results regardless of what you’ve wasted.”

The final focus is content, where Renault is pushing for a bigger focus on sequential storytelling. For instance, an ad for a Renault Scenic test drive will follow ads consumers have already seen around its products and price points. As with its media changes, the hardest part here is a culture shift. The fast turnaround required for dynamic creative is often a challenge for legacy agencies.

Unlike TV, the process is often less about art direction and more about strategic planning. “You theoretically don’t need a pure ad agency because a lot of it is programming,” said Schupp, adding that Renault is still struggling to see creative agencies adapt quickly. “They’ve just not been trained in that way,” he added.

While Renault previously splurged on proprietary tech and later regretted it, the brand will not do the same again here. It’s sticking to off-the-shelf solutions and technical clout from its agencies and partners.

“We’re in favor of modernizing and pooling solutions on market rather than building other monsters here,” he said.

But there’s also a lot Renault needs the ecosystem to figure out. Like its peers, Renault has suspended ads from YouTube in the U.K. following Google’s brand-safety fracas. While Schupp said the risk of his ads appearing on the wrong page is too small to be a major worry, he did raise concerns about the media pipeline as a whole. “I don’t know if my ad is seen by 2,000 robots or 2,000 individuals,” he said.

Hear more from Bastien Schupp who is speaking at Digiday’s Brand Summit Europe this May in Berlin, Germany.