Creative talent faces tons of competition in the advertising world. Aspiring young ad creatives have a lot to prove, and the marketplace of ideas can be a cutthroat place to hang your hat. That’s why we asked experienced ad creatives to share their best career advice for those grappling for a foothold on the creative side of advertising.

From fashion tips to coming to terms with mortality, here’s some hard-won advice from creatives at agencies like Saatchi & Saatchi, Evolution Bureau, 72andSunny and more. 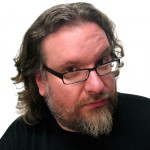 Tim Siedell, co-owner and creative director, Fuse Industries (and man behind @badbanana)
Live beneath your means. Don’t inflate your lifestyle just because you have a steady paycheck. Instead, build up a Go To Hell fund; save up for that moment when you realize a career correction is needed. Remove yourself from toxic environments and toxic bosses, whether you have another job lined up or not. Don’t allow your creative juices to get sucked out of you because it’s the most important resource you have. Now, I’m not saying you give up at the first sign of difficulty. But if you don’t have money saved up to tell your employer to go to hell, you might end up there anyway, along with everyone else in that office. 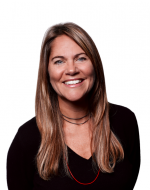 Kari Niles, creative director, Razorfish
Don’t be a wall flower. If you’re invited to a meeting, it’s not for your own entertainment. Earn your keep and have something intelligent to say. And that doesn’t include, “What’s the project code?” Also, take lunch. Lunch is where the real deals go down. So stand up, go outside and bring something cool back. There’s nothing lamer than a seat warmer who has no ideas. 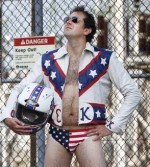 Lawson Clarke, vp creative director, Hill Holliday
Don’t put all your creative energy into the way you dress. The best creatives I know are the ones who don’t give a shit how they look. Fight for good work, but don’t be a dick about it. In times of high stress, try to be the calmest person in the room. He who loses his shit first generally loses. Good work dies all the time. In fact, you too are going to die eventually. Come to grips with both realities. Most importantly, always remember: It’s just fucking advertising. 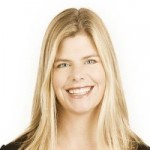 Margaret Keene, Executive Creative Director, Saatchi & Saatchi LA
Look for a mentor or leader who’s tough but fair, and work your ass off for that person. If you’re not doing awesome work, get out of there and move on.

Steve Babcock, creative director, Evolution Bureau
Avoid comparison. Comparison is the thief of joy. It can also be the enemy of originality. Accept yourself, your style, strengths and weaknesses and focus your energy there. Next, learn to genuinely celebrate the success of others. The creative industry is very competitive, often times within the same agency walls. It can be tempting to believe that the success of a co-worker means a lack of success for you. This just isn’t true. The reality is, there’s going to be a lot of people all around you getting all kinds of attention and praise. If you want to be happy, learn to be happy for them. And last, be honest. With yourself, your coworkers, your clients.

Mick DiMaria, creative director, 72andSunny
Don’t wear a suit to an interview. My Dad who was a designer back in the ’60s suggested I wear one when I was first starting out. From that point on, at that agency, I was known as That One Creative Who Wore A Suit To An Interview. Fill your portfolio with the type of stuff you want to work on. If you don’t want to write online automotive brochures for the next few years, don’t include them.