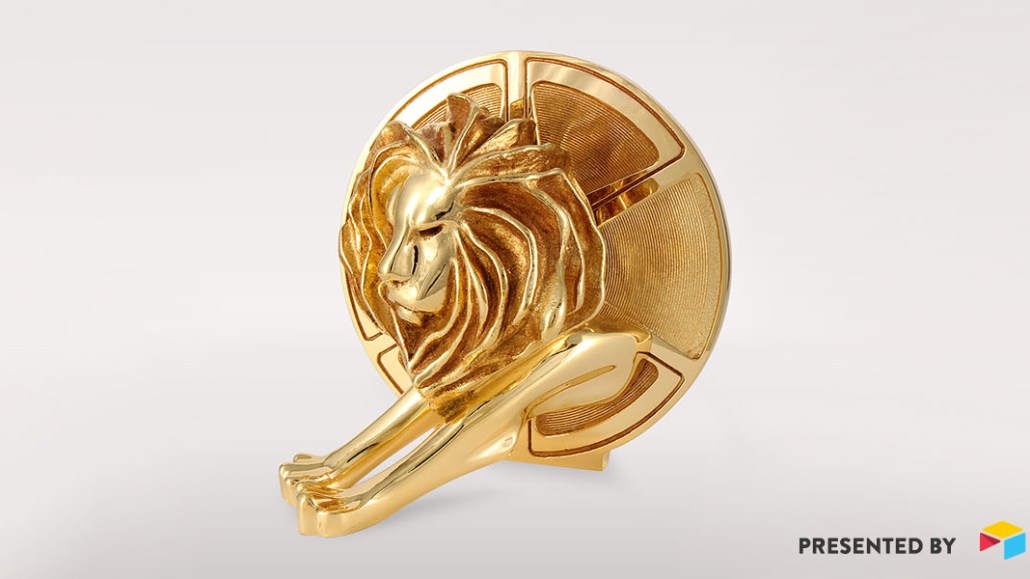 Believe it or not, the Cannes Lions festival includes a pretty significant awards component. This year, with a whittled down award program of nine categories, it’s easier to keep track — if you really care. Here’s a quick primer on everything you need to know about this year’s Cannes Lions so you can sound smart when you run into a Swedish creative director at the Gutter Bar.

Big theme: Equality, equality, equality
The Glass Lion, introduced last year for work that shifts perceptions of gender and seeks to address inequality, is getting another overhaul this year, with shortlisted entrants getting to present their work live in Cannes. Fearless Girl for State Street Global Advisors was the big winner last year. This year, the outcome is much less clear.

Sound bite: “The big trend I hear the jury is focusing on is brands taking action, not talking.”

Big theme: Was Publicis robbed?
Publicis is sitting out its first Cannes since announcing it was taking a hiatus from awards as it focuses on building its artificial intelligence platform, Marcel. Plenty of jokes were cracked around whether it mattered, given the holding company wasn’t exactly rolling in Lions last year anyway. The success of Saatchi’s “It’s a Tide Ad” for this year’s Super Bowl could change that, though — as long as someone else other than Saatchi enters the work. Our bet is it’ll find its way in, especially as Tide’s parent Procter & Gamble confirmed it is entering its campaigns.

Sound bite: “The power of design and creativity can change the paradigm, positively impacting the world through brilliant ideas mixed with masterful craft.”

Big theme: The blockchain
If last year was the year of robotics, this year it’s the blockchain. Never mind that it’s still not quite clear what its use could be in media or marketing. Blockchain is starting to capture the creative’s imagination — witness TD Ameritrade, which earlier this year placed an “ad” in the blockchain, courtesy of Havas.

Sound bite: “If you really think about it, all the blockchain is, is an Excel sheet. The possibilities are endless.”

Big theme: Traditional advertising is over
If there are two pieces of work that are going to be the talk of Cannes this year, it’s Tide, with its Super Bowl ad foray that had David Harbour in multiple spots, each mimicking a different brand’s ad. The key: What seemed initially a Mr. Clean or Budweiser ad was actually a Tide ad. Another big contender: Nike’s masterful video — sorry, film — “Nothing Beats a Londoner,” featuring artists, athletes and ordinary people, all coming together in a well-shot ode to London’s culture. Both are not typical ads, but creatives are excited about that.

Sound bite: “It’s not about advertising anymore. It’s about ‘engineering culture.’ Real craft stands out in this 24/7 disposable world.”

Big theme: Cannes is back — kind of
Last year felt like Cannes had peaked — or maybe it was the year the couple was caught having sex on the red carpet. But whether it’s the overall quiet that’s descended on Cannes (witness how many agencies have pulled back) or simply the realization that the past few years have been just too much, this year is the year to loudly declare that you’re here to see the work, damn it.

Sound bite: “Enough meetings. I actually paid for a pass this year, and I’m going to use it.”