‘You can sit there and complain’: Inside Facebook’s marketer advisory groups 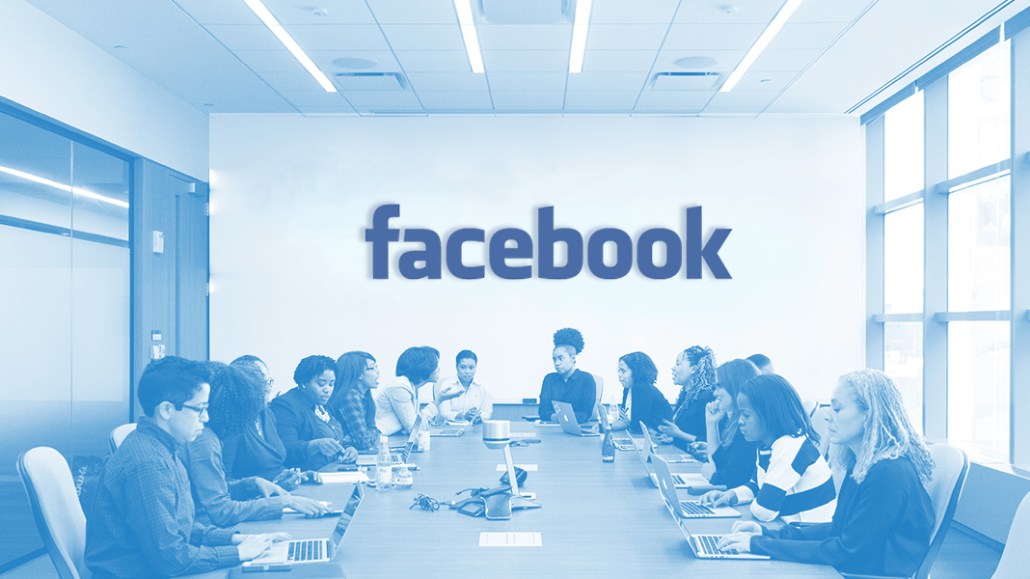 In 2011, a group of top marketers and agency executives, including then-McCann CEO Nick Brien, then-Havas CEO David Jones and then-Coke exec Wendy Clark, met at Facebook’s offices in New York. Head of ad sales Carolyn Everson had invited them, and in attendance were Facebook COO Sheryl Sandberg and, calling in via video conference, CEO Mark Zuckerberg.

It was the first meeting of the Facebook client council, a group of marketers Facebook convened to create dialogue between a relatively small platform and the people who spend money on it.

Zuckerberg, patched in through video, invited each member to ask him a question. Jones, who is now founder of marketing technology firm You & Mr. Jones and left the council three years ago, asked about the ROI of media dollars spent on Facebook compared with TV advertising. Zuckerberg couldn’t respond to the question immediately but said he would look into it.

At the next meeting, the group was presented with a 100 million-sample-size study done with Nielsen to correlate Facebook advertising with purchase intent. “We were pretty blown away,” said Jones.

Today, it has four separate marketer councils — one for clients and media buyers, one for creatives, one for measurement and one for small businesses. Discussions these days tend to be about brand safety, the U.S. presidential election, and third-party data, a far cry from Facebook needing to prove that it’s a worthwhile place to spend media dollars.

These groups that meet often, mostly to discuss new product features and provide a much needed avenue for complaints. While they are a way for marketers and the platforms they spend money on to discuss product improvements, various execs who have served on the councils say that they also act as a way for them to be able to vent — about issues with metrics, pricing or any others.

“You can sit there and complain about a beta test, or something else,” said one participant. The other thing, said this executive, is that council members often get maybe a five-hour to six-hour lead time over major changes, like when Facebook dropped third-party data and pulled back on its ad-targeting offerings. Members on the current Facebook council include Unilever CMO Keith Weed, Publicis Media chief digital officer Helen Lin, Dentsu Aegis Network chief strategy officer Nigel Morris and BBDO Worldwide CEO Andrew Robertson.

They also serve another purpose, said one brand executive who serves on the Facebook council: “They make people feel quite important.”

Council members even get employee badges to Facebook offices.

“Our business partners care about moving the industry forward,” Samantha Stetson, director of Facebook’s customer team, said. “The council has created a community of trusted advisers that provide candid feedback across a range of important topics facing our industry. In fact, the council has been instrumental in shaping updates across a range of topics from brand safety, measurement to new creative formats.”

Robertson, who has been on the Facebook council since it was formed in 2011, said that it’s a big time commitment, but worthwhile. The big talking points are about how consumers are behaving on Facebook, product roadmaps, and which brands are doing exceptionally well with their advertising results.

In 2012, Facebook also launched the Creative Council, with top creative execs. And in 2017, after a series of issues came to light about the metrics it provides to advertisers it formed the Measurement Council, with members including Unilever’s Weed and Nestle head of digital and social media Pete Blackshaw.

Facebook has also been launching country specific councils. In Australia, for example, the platform launched a council last April with a group of senior agency and brand executives. The Australian reported that this was specifically in response to more buyers publicly questioning the value of Facebook advertising after a series of measurement snafus and brand-safety problems. There are now client councils in Brazil, India and the U.K.

Rob Reilly, McCann’s creative chairman, sits on both the global client council and the creative council. The client council spends most time on measurement and metrics these days, he said. “Mark D’Arcy and Carolyn Everson get asked a lot of tough questions,” he said. “It’s not all kumbaya.”

One of the more recent discussions has focused on brand safety, as well as Facebook’s role in politics and the results of the 2016 election, said one council member. Everson particularly has spent time outlining Facebook’s recent “integrity efforts.” But it’s usually just a good way to stay ahead of product updates.

Greg Paull, principal at R3, an advisory and consulting firm, said that the councils are a good initiative, since the vast majority of the income at these companies comes from advertisers. For CMOs and buyers, they’re under their own pressures, so “better access” to Facebook or any other platform can only help to that end.

At the same time, he said the council is mostly toothless and “self-aggrandizing” and should be pivoted into being more of an advisory board to counsel Facebook on its own business. “Marketers need to feel they are personally committed and committed at a corporate level to Facebook’s transparency if the company hopes to continue at its breakneck speed.”

Another former council member said what changed was that Facebook itself got so big. What used to be an intimate gathering become more of a product roadshow, with up to 60 people from Facebook sometimes attending council meetings. It was still collaborative, but there was less of a point.

Other platforms also have councils. The Twitter Client Council includes high-level CMOs and top agency execs. There are about 24 people in the council. A Twitter spokeswoman declined to share who is on the council or what is discussed, but said that it is simply one of many resources the platform has. According to a recent tweet, Unilever’s Weed on the Twitter council.

Snapchat also has a CMO Council, focused on ad buyers both in brands and at agencies, as well as a creative council. A spokesman said it’s to help Snapchat hear from people about their experience with the platform. They meet a few times a year. A person familiar with the Snapchat council said that the council is more informal than the others and is especially good for clients who want to have a larger presence on the platform.

Susan Schiekofer, chief digital investment officer at GroupM, sits on the Snapchat council. She said topics are often around measurement, and the councils are a good way to get a holistic view of platforms, as well as hear from other agencies or brands on what their big concerns are. “We’re able to come out at the end of the day to understand both short-term and long-term plans,” she said.

“It’s interesting because Facebook is making a real effort to be seen as listening and to be proactive,” said one council member. “And to be more transparent. That’s certainly different from 2011, where the council itself was an effort to be transparent. But they are really taking pains to be more proactive and solicit information. I look at it as the best way to ensure the Facebook point of view is out in the marketplace.”