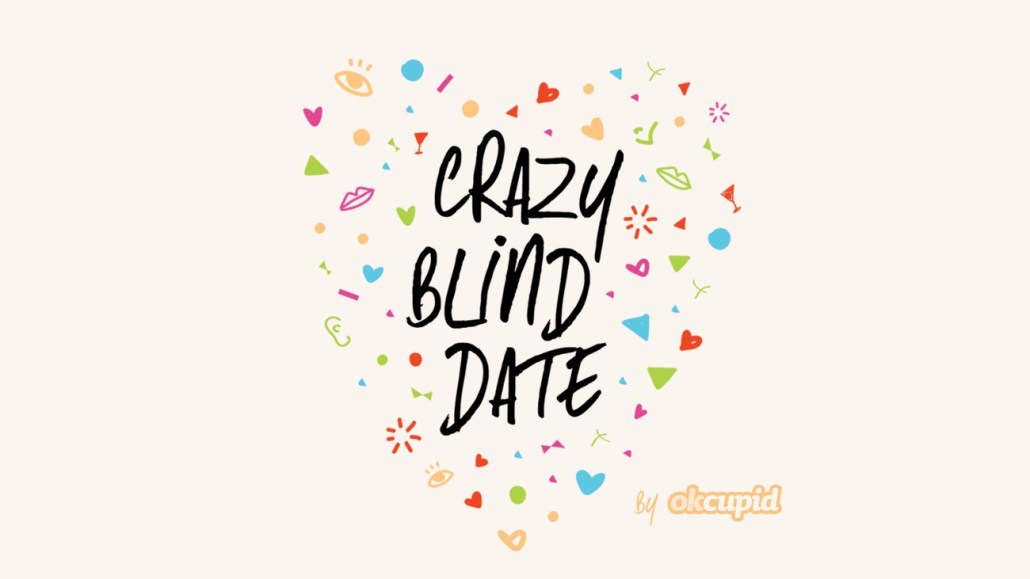 Online dating is the new normal. But on its long march to respectability, one thing has stayed the same: There are more men using online dating sites than women. OKCupid’s new CrazyBlindDate app hopes to change this.

The idea behind the app is taking the time and stress spent filling out profiles and filtering through messages out of the online dating equation. The app puts the focus on the actual meeting up and getting a feel for someone in person. Gene Liebel, chief strategy officer at Huge, the agency that worked on the app, explained that while both the men and women they spoke to said they wanted online dating to be less work, it is the women who have more to lose and more information to sift through.

“Men will sort of deal. It’s about pleasing the women,” said Liebel. “Women get messaged so much on dating sites. It’s so much information to sort through. This app makes it about meeting.”

The app is free to download and doesn’t require an OKCupid account to use (although if you have one, you can sync it up with the app for faster sign up). How it works is that you have to provide basic information like your name, age, gender, sexual orientation, and also you pick a picture of yourself to upload. The app then scrambles your picture up into mixed up boxes (it’s a blind date, remember) and asks you to pick a time when you will be available and a few date locations. If there is a match for someone at that time and area, the app will message you to confirm place and time. A half hour before the date starts, an anonymous chat window will appear so you and your date can talk a bit and actually find each other at the set location.

The setup and user process are very simple. You can be on the app and setting up dates almost instantly. As Liebel explained, this easy workflow and also the branding and design (there’s definitely some hearts involved) are meant to be friendly and inviting to women. “It’s supposed to be welcoming and human. We worked hard on the messaging to make it smart and walk you through the process and reassure you.”

The lack of a detailed profile like most dating sites have makes CrazyBlindDate an actual blind date. It means you don’t have to spend hours agonizing over what to put down about yourself or reading through a bunch of potential matches’ profiles. Again, the focus of the app is about the actual, in-person meeting and what happens naturally from that encounter. Also, as Liebel pointed out, men have become really good at “gaming” their profiles and exaggerating the truth to make themselves more appealing, which is something women are wary of. By eliminating profiles, CrazyBlindDate also gets rid of any expectations and prejudgments you might have after reading and trying to decode someone’s profile.

Another important part of this app and how it is designed to appeal to women is location. The app has a database of pre-screened locations that were selected based on safety factors. Women want to be in public places that they feel safe in when meeting a stranger for a date — duh — so this is an important piece.

The payment system at the moment is a soft paywall. After a date, each of the participants is asked to rate the other person by giving them “kudos.” One kudos is 99 cents and 10 kudos is $2.99. According to Liebel, the payment model will eventually change once the app gets used more, and the long-term goal is to have men pay (again, appealing to the ladies).

The app is a joint effort by OKCupid and Huge, so they will be sharing revenue. Huge will get a share of profits based on the success of the app — as in the number of dates arranged.

“Performance-based deals are pretty rare. Agencies want to sound entrepreneurial, but you have to actually have the guts to stand behind your design work,” said Liebel. “But we believe in our work, so these kinds of deals are exciting to us.”