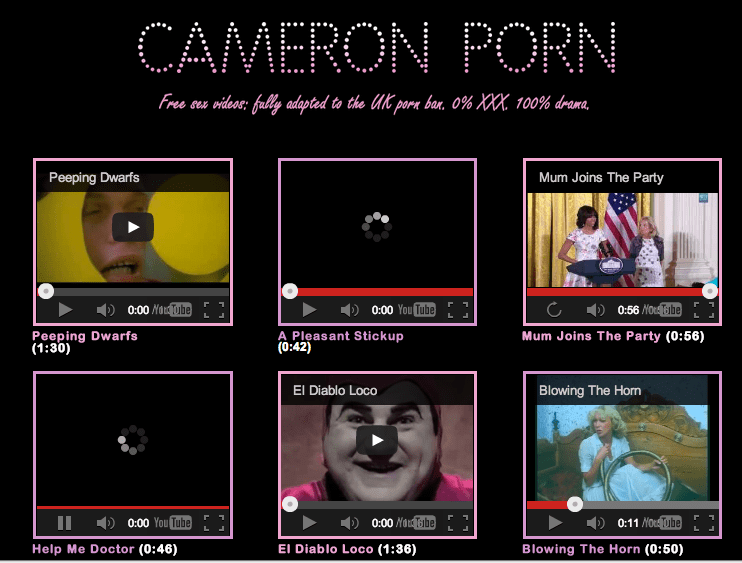 In reaction to a tragic child-abduction and murder case in which the perpetrator was a child-porn enthusiast, U.K. prime minister David Cameron recently proposed Internet censorship legislation that mandates Web filters that block pornography, violent content and other content that has been deemed inappropriate.

Perhaps unsurprisingly, many critics cast Cameron’s proposal as an overreaction. Censorship tends not to go over well with the public. In this case, people are chiding Cameron for lumping all pornography in with child-abuse issues and for ignoring people’s right to access content freely online without being filtered.

Check it out for yourself — even if you’re in the office, because it’s totally SFW.