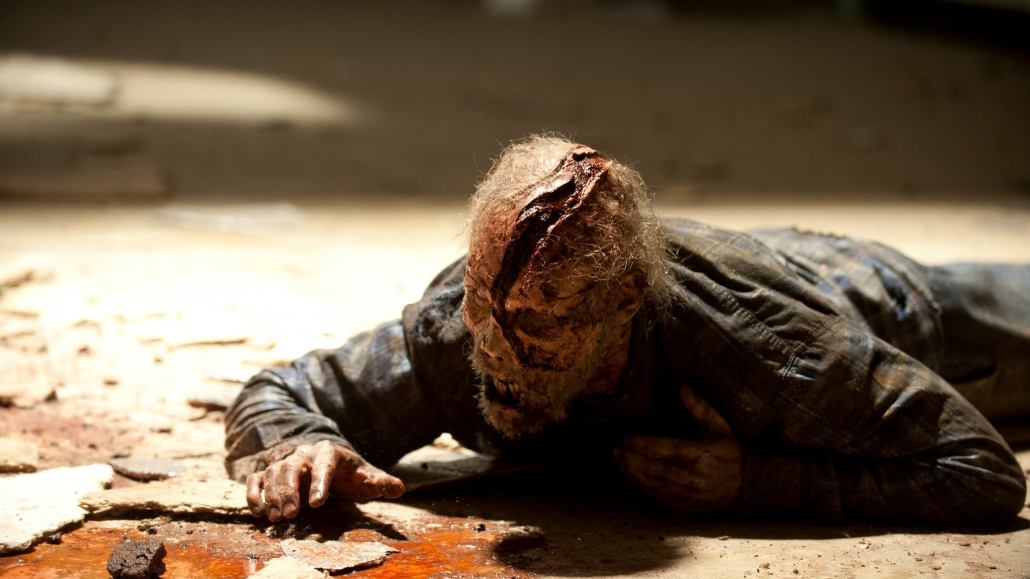 Brands love tweeting about popular television shows, and last night’s season premiere of The Walking Dead was no exception.

Here are six Zombie-apocalyptic tweets from brands trying to feed off the show’s buzz. 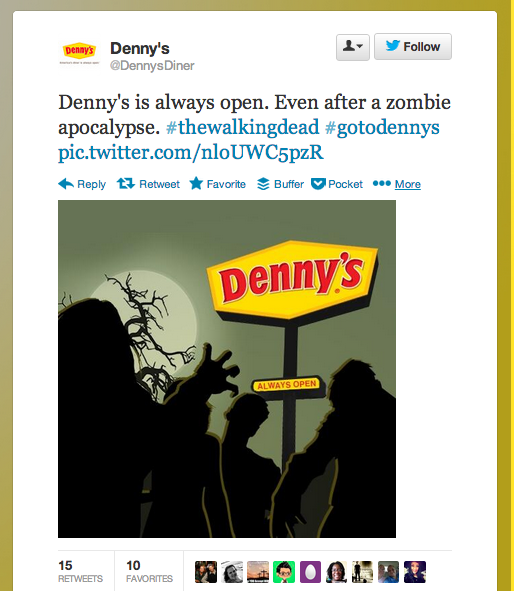 We shudder to think what kind of meat a zombie would expect in his Moons Over My Hammy. 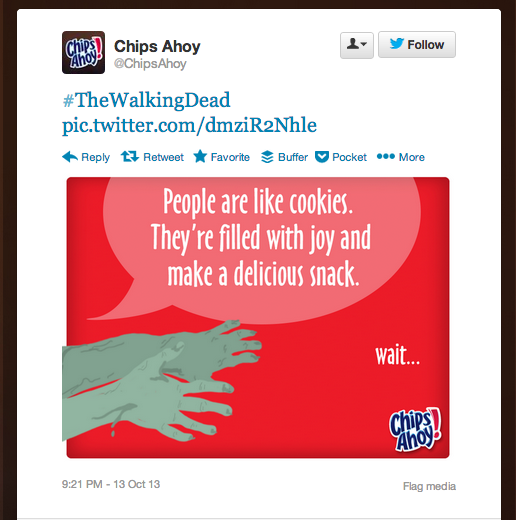 They are also delicious dipped in milk. 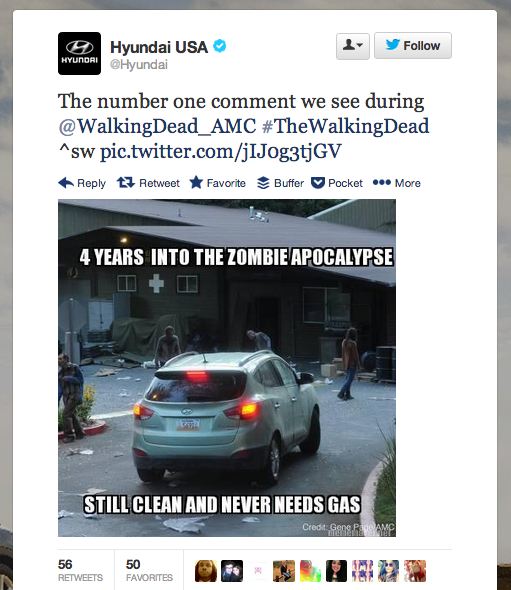 Hyundai actually gets a pass for tweeting about the show: the Tucson compact SUV has been prominently featured in The Walking Dead for the last four years. 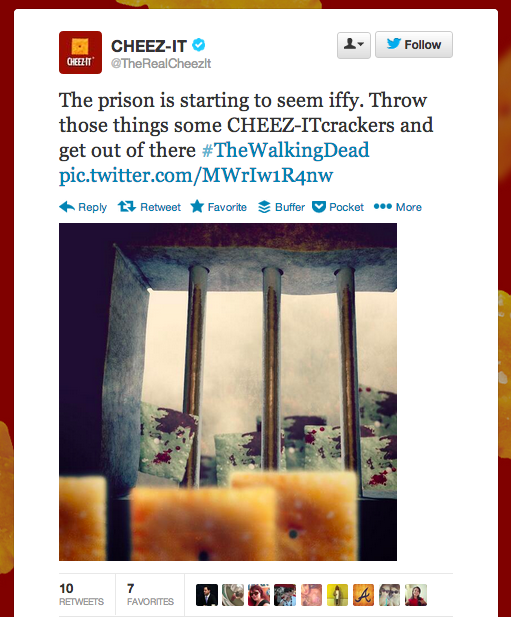 Pretty sure that throwing cheez-its at ravenous, flesh-eating corpses would not help. 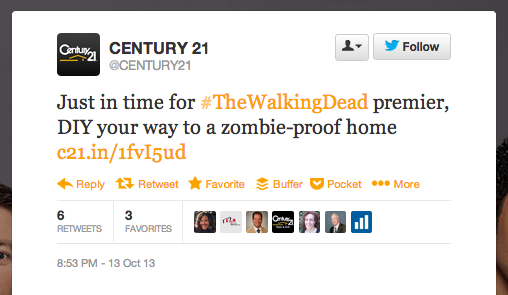 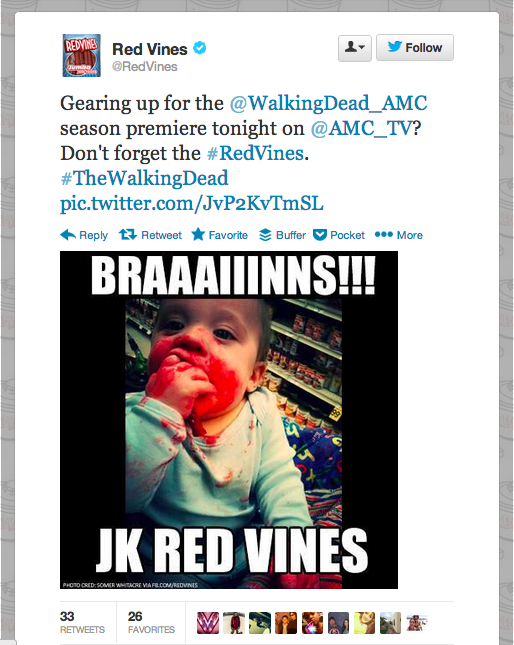 “Zombies take their coffee the way they like their people: Ground up and stored in the freezer.”

You can thank us later, Starbucks.