What brands need to know about Facebook’s bot update 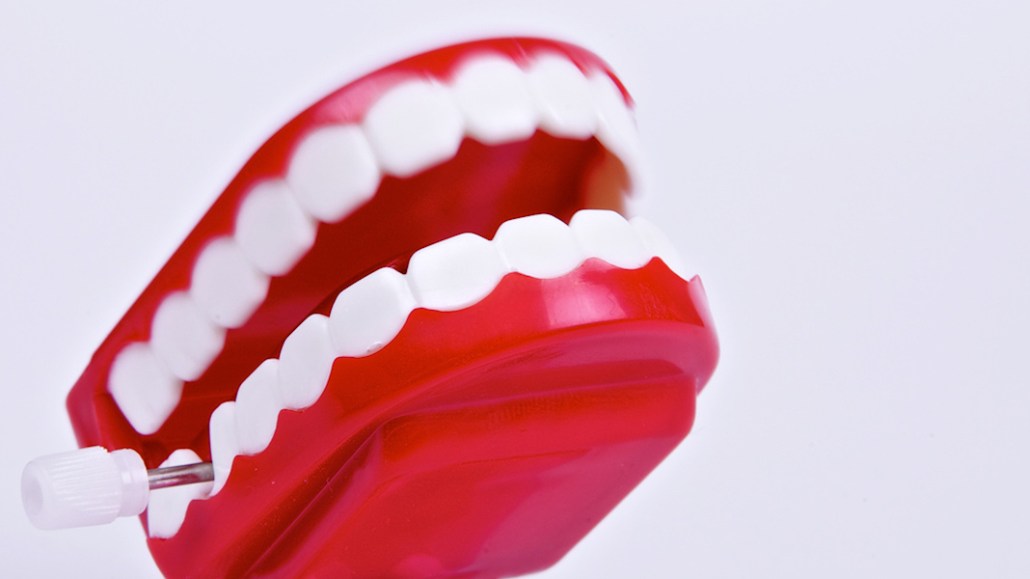 While Google and Amazon press ahead with voice bots and smart assistants, Facebook’s chatbot offering has stalled out a bit.

Fashion brand Everlane last week announced it would discontinue its Facebook Messenger service after two years. And for every Messenger evangelist, there are just as many brands that, like Everlane, are underwhelmed.

“There’s so much changing on the platform constantly, it’s hard to see what direction Facebook really want to go in,” said Ana Pak, digital strategy and innovation director at Vizeum. “Clients who have built bots are thinking, ‘OK, what now? What next?’”

This week, Facebook released feature updates that attempted to address brands’ concerns with the platform — namely, the pain points that come with letting users ask you anything. Now, they can block out free text altogether with so-called persistent menus that give users predetermined buttons and nothing else.

Here is what brands need to know about this latest update.

It aims to limit the ability to screw up
The average bot on Messenger is far from sophisticated. They either bombard users with too much information or confuse what they want. By limiting a bot’s remit, you also limit its ability to fail.

Dean Withey, CEO of Ubisend, said the reason so many Facebook Messenger bots have so far had no real utility is simple: It keeps the stakes low. For instance, Ubisend’s recent collaboration with Unilever brand PG Tips was a joke-telling bot in aid of charity Comic Relief. “It’s about seeing how the audience reacts, but there’s no risk if it goes wrong. It’s for charity after all,” Withey said.

But railroading might limit insights
A foolproof chatbot script will stop users asking (and screenshoting) potentially compromising questions about politics or sex. However, limiting an interaction to a series of automated responses has its downsides. James Whatley, planning partner for innovation at Ogilvy & Mather Advertising, advises switching off text inputs entirely.

“You’re moving away from what a user is expecting and perhaps closing your ears to potential data points from someone who is happily typing away,” he said. Instead, keep it simple: The Mondrian London hotel, one of Whatley’s clients, launched a simple new FAQ — “Can I bring a dog?” — from it learned people wanted on Messenger.

It will make bots cheaper for brands
To understand the nuances of human speech, bots need natural language processing, a form of AI. But even a basic bot can understand a series of inputs — yes or no questions, for example. According to Dan Calladine, head of media futures at Carat, this will make it easier (and cheaper) for brands to dive into the space as the barrier to entry for Facebook Messenger is now lower.

“It’s about navigation rather than open conversation,” he said. “You’re essentially giving people different ways to navigate around a tree diagram to devise a route to follow through it.”

And they should be easier to find
According to Withey, Facebook has faced two main criticisms from bot builders: both usability and discoverability need work. With the new updates in this latest release, brands can get their bots noticed via deep links and better sharing buttons. The hope is that this will draw more users in.

“It should make Messenger a lot more open, a lot less like a closed ecosystem,” said Calladine. “You can share into social channels, and Facebook is also allowing you to browse as if it’s the web.”

According to Whatley, this update could be a sign of things to come on the top-secret plans for WhatsApp’s business pages.

“It’s keen to monetize, but it doesn’t know what route to go down yet,” she said. “It’s a little bit of everything, but nothing is completely refined. Messenger is still in its experimentation phase.”